17-year-old Nodirbek Abdusattorov sensationally won the World Rapid Chess Championship on Tuesday after a dramatic final day in Warsaw, Poland, which saw four players top the standings with 9.5 points after 13 rounds. Afterwards Magnus Carlsen, who along with Fabiano Caruana missed out on a playoff due to worse tiebreaks, lashed out at FIDE for what he called “completely idiotic” tiebreak rules. 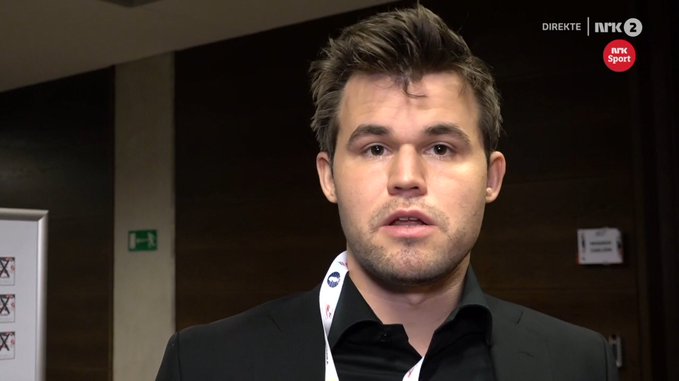 Magnus Carlsen during his interview with NRK, shortly after missing out on the playoff | photo: NRK

The 2021 World Rapid Chess Championship ended with an incredibly tense final day where 17-year-old Nodirbek Abdusattorov from Uzbekistan emerged victorious as the youngest ever World Champion, defeating Ian Nepomniachtchi 1.5-0.5 in a playoff. More about the final day in Warsaw in our full report later.

Get 50% off chess24 Premium by entering the voucher code HOLIDAYPLAY

As the tiebreak rules state that only the top two players according to Sonnenborn-Berger points will go to a playoff, Magnus Carlsen and Fabiano Caruana were the two players who missed out and had to settle for a bronze medal and fourth place respectively. 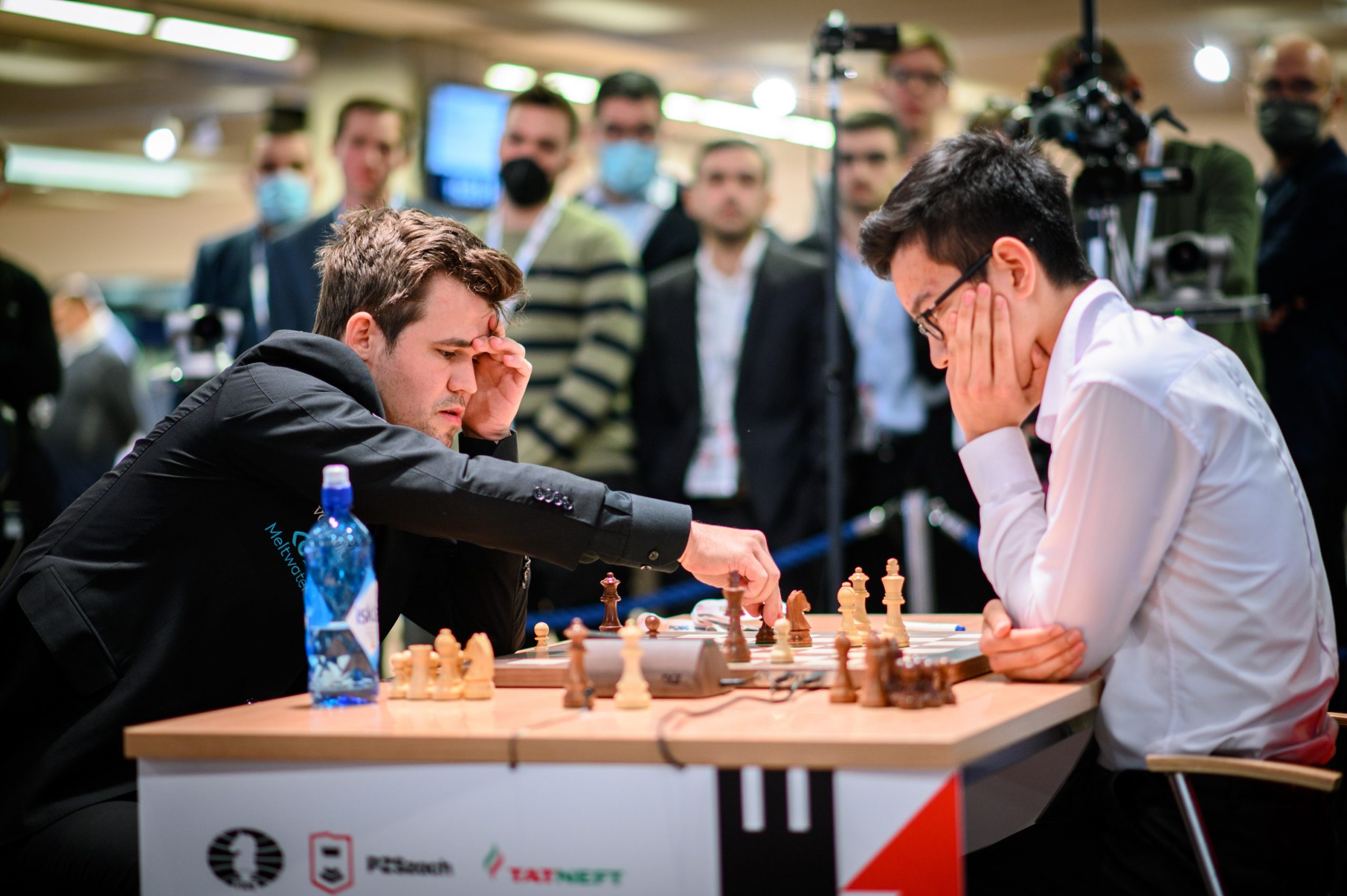 It's a completely idiotic rule. Either all players on the same amount of points join the playoff, or no-one does.

Carlsen later pointed out that he also lost out due to worse tiebreaks in the 2016 World Rapid Chess Championship in Dubai, where he finished third behind Vasyl Ivanchuk and Alexander Grischuk, due to a worse rating average of his opponents.

He criticized the rules, saying it would give his opponents an unfair advantage as long as he is the highest rated player. The rules were changed for the 2017 event in Riyadh.

It's a real pity to lose my chance for a playoff based on tiebreaks. A few years ago there was no playoff. Obviously you know the rules in advance, I knew it during the event and that it could be a factor, but I don't think it should be 100 percent up to the players to have to correct and complain about a system that is really, really bad. I don't know about most people, but for me any tiebreak system is okay, as long as it obviously doesn't hurt some kind of sense of fairness. To have a playoff for victory is very much how it should be in such a prestigious event, something you obviously also should have in the Candidates. When you have a playoff for first place, you have to let all the players on the same amount of points join the playoff. Anything else is just plain wrong.

It's not the first time Carlsen has been outspoken about playoff rules. Ben Finegold pointed out on Twitter that the Norwegian objected at the 2018 Sinquefield Cup. A drawing of lots would be the deciding tiebreaker for which two players would participate in the playoff for the title.

Carlsen also mentioned the Grand Chess Tour, where the playoff rules were changed in the past due to protests from the players.

He admits some responsibility for not using his position in the FIDE Council in order to change the rules, but says:

What FIDE have been doing, I have no idea. I have to take some self-criticism that my father and I have not been guard dogs at FIDE, which is obviously neccessary, otherwise they f*** up every time.

Yes, that is clear. When you have a system where you end up... I guess I should not speak for most people, but I do believe that most people think that this is not fair. You are aware of the rules, but this must be changed. To have a playoff for the title is a step in the right direction, but I can't imagine any other than logistical reasons to have a maximum of two players in a playoff, and that is just too amateurish in a World Championship.

These math equations are not a nice way to settle a tournament — I think everyone in that score group deserves a chance. It's a pity for him.

I think it should be settled on the chessboard, and not with some calculator. These types of tiebreaks are so hard to explain to the audience. Sport should be settled in a clear and fair way. It's a shame that it will have to end like that.

Sergey Karjakin, who himself won the 2016 World Blitz Championship ahead of Carlsen due to better tiebreaks, also agreed.

Hikaru Nakamura, who finished no. 7 after the final draw against Carlsen, pointed out that the reduction from 15 to 13 rounds also played a role.

In a response to the criticism, FIDE's Chief Marketing and Communications Officer David Llada tells chess24:


It is difficult to prepare for a playoff between a number of players that you can not anticipate. It poses a lot of problems for an event that is being broadcast live and needs to stick to a tentative schedule.

The idea of having a play-off in case of a two-way tie at the top of the table made sense. It seemed a much better alrernative than not having a play-off at all and having to resort to classical tiebreak systems for Swiss tournaments.

However, the opinion of the players is duly noted. They were supposed to know the regulations, but no-one pointed this out before the tournament, or during the technical meeting.

On Wednesday the World Blitz Championship will begin with the first 13 out of 21 rounds in total. Don’t miss all the action live here on chess24 from 15:00 CET/09:00 ET: Blitz Open, Blitz Women