Carlsen-Karjakin, Game 2: No Berlin, no thriller

Afterwards Magnus pleaded for our understanding: “This is a long match and there aren't going to be fireworks every game!” That was almost an understatement. On move 3 he sparked hopes by responding to the Ruy Lopez with the classical 3…a6, not the infamous Berlin Defence, but after a tense few moves in which Karjakin seemed to be getting the upper hand he released all the tension and sent the game careening towards a draw. A solid start for both players, but little to write home about.

Karjakin failed to make an impact...

When asked for a match prediction GM Vlad Tkachiev commented:

How many decisive games there will be depends on the strategy chosen by Karjakin and his team. A quick win in one of the first games of the match is the only chance. Will Sergey stake his hopes on a “blitzkrieg”? I don’t know the answer to that.

It’s more than 95% likely, meanwhile, that victory will be achieved by you know who – the clear favourite.

Honours even after two games - who does that favour? | photo: Vladimir Barsky, Russian Chess Federation

Well, whatever you think about that prediction, we can safely state that the match hasn’t started with a blitzkrieg by the challenger. Instead, in the first game he chose to defend a slightly worse position and then in Game 2 he didn’t agonise too long before steering the game towards a relatively effortless draw.

There may have been more action on the other board | photo: Vladimir Barsky, Russian Chess Federation

It started, as mentioned, with a mild surprise, since Magnus eschewed the Berlin that had served him so well in his matches against Vishy Anand and instead played the Closed Ruy Lopez. Karjakin went for the 6.d3 variation that has become so fashionable at the top level that Peter Svidler (sadly only commentating from Monday onwards!) filmed a whole video series about it. 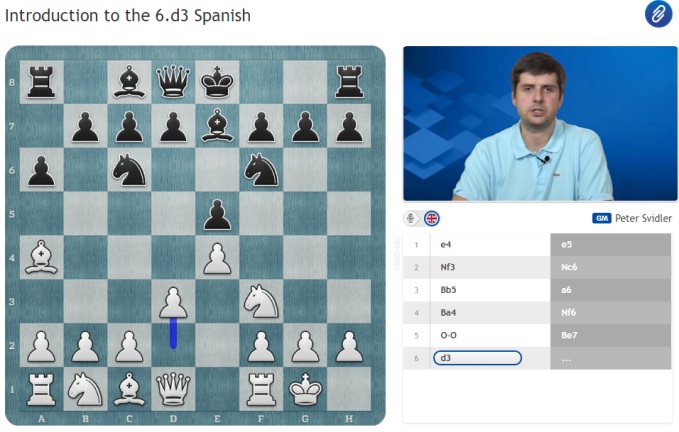 Both players were very familiar with the line, with Magnus only deviating from his play in this year’s Paris Grand Chess Tour against Veselin Topalov when he went for 12…Re8 instead of 12…Nc6. Karjakin didn’t blink, though, and played perhaps the year’s least dramatic novelty:

13.Ra1 Magnus spent over 20 minutes pondering the depths of that rook shuffle. It was that kind of game.

Still, we had no lesser figure than Garry Kasparov reminding us that everything might not be quite that straightforward:

So let’s look at the game, and we actually have not one, but three recaps - feel free to take your pick, or watch them all over a leisurely Sunday rest day! First there’s Canada's Eric Hansen, who will be joined by Peter Svidler from Monday onwards:

Garry Kasparov was in St. Louis for the Champions Showdown, and inevitably had some things to say about the match, including a comparison of the players:

Here it’s all going like a boxing match: the stronger sportsman immediately wanted to knock his opponent down or even out, but he didn’t manage. Sergey held on very well in the opening. From now on the match will take its own course, but it was important to resist the first blow.

That echoed Karjakin’s own comments after the game, but a certain Radio Jan was unimpressed (just as we’re unimpressed with his microphone – seriously, he had the temerity to complain about Svidler’s in the past!?):

The only adequate response to Radio Jan came from the other Jan:

Radio Jan wasn’t the only disgruntled customer, though. Normally it would be a great thing for a chess venue to be packed with spectators, but it turned out that not only had the tickets been sold, but locals with complimentary tickets for one game had chosen to turn up as well. That exposed the limitations of the venue, with Agon’s trademark “industrial cool” design ethos apparently less appealing when you’re waiting for an hour to catch a glimpse of the players and don’t have anywhere to sit.

The Star Tribune quotes Carl Fisher as saying, “This is the worst-organized event I've been to in my life”, before later adding that he’s 82 years old!

The game itself may not have helped, with the internet audience and commentators driven to distraction, sometimes literally:

Perhaps Greg’s sister had the solution - to take a break from it all!

The relatively quick end meant that Robin van Kampen’s dream of commentating on a 7-hour game was thwarted, since he now heads off to university, but you can watch his last commentary with Eric on the 2016 World Championship match below:

So the players go into the first rest day tied on 1:1. Karjakin’s manager said in the same interview quoted above that he wouldn’t rule out 12 draws, but let’s hope this is just the calm before the storm. Peter Svidler will be in our Hamburg studio alongside Eric Hansen to commentate on Game 3 of the match on Monday, when Magnus will again have the white pieces. Will he remain faithful to the Tromp? We’ll soon find out!

Tune in at 2pm EST (8pm CET) on Monday! You can also follow the games in our free mobile apps: