Carlsen in action at the European Club Cup

2800-players Magnus Carlsen, Ding Liren and Shakhriyar Mamedyarov all play in the 34th European Club Cup, which began in the Porto Carras Grand Resort in Chalkidi, Greece on Friday. The favourites navigated the first round without difficulty, but things will be heating up in Round 2, when Magnus starts his campaign against 2011 European Champion Vladimir Potkin in a match where his team Valerenga are only slight favourites. 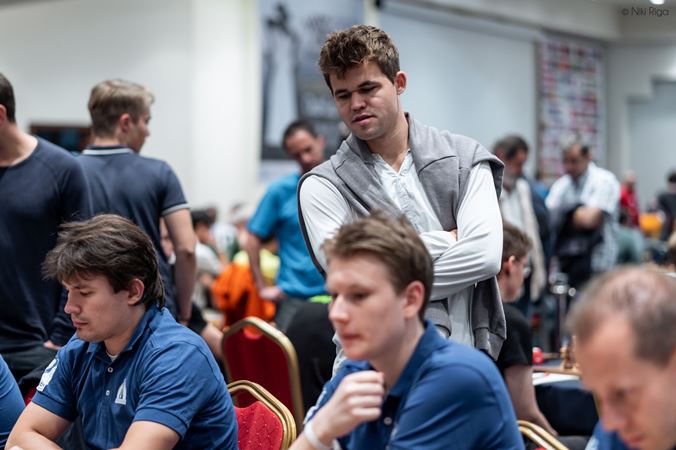 Magnus stops by the playing hall to see how his team are doing in Round 1 | photo: Niki Riga, official website

The Batumi Olympiad has barely ended, but another major team event has just begun. The 7-round European Club Cup is an annual tournament for club teams from around Europe, and this year it's taking place in the Porto Carras Grand Resort in Chalkidiki, Greece:

With 61 teams, this year’s open tournament features almost double the number in Antalya in 2017, though sadly we’re missing the defending champions Globus, who last year boasted a line-up of Kramnik, Mamedyarov, Grischuk, Karjakin, Giri, Nepomniachtchi, Korobov and Khismatullin. Mamedyarov is the only one of those players to find employment in another team. His presence boosts the strength of Odlar Yurdu, which is essentially the Azerbaijan national squad. 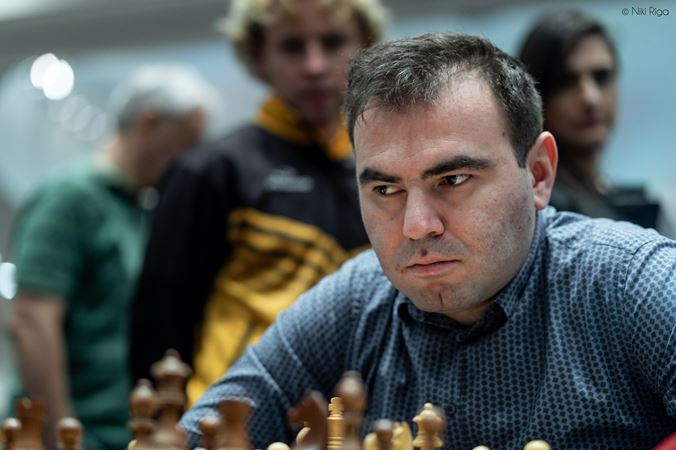 Shakhriyar Mamedyarov will be trying to make up for Olympiad disappointment for the Azerbaijan national team | photo: Niki Riga, official website

Matches in the open section of the Euro Club Cup are played over six boards, so it’s even tougher than in the Olympiad for the underdogs to put up resistance at the start against the top teams. There were no real upsets in Round 1, with five of the first six matches ending in 6:0 whitewashes. 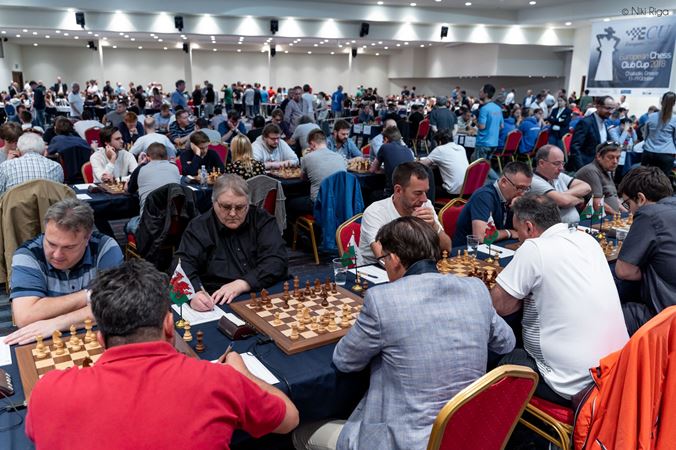 The playing hall during Round 1 | photo: Niki Riga, official website

The mismatches were so great that the top players could get away with some things. For instance, 2627-rated Nijat Abasov outrated Kauko Kelo by over 1000 rating points, and it was no surprise when he won in 18 moves with a mating attack. If you check the game with the computer, though, it turns out Black didn’t execute the attack as decisively as he might have done. A much more dramatic example of that came in the game IM Richard Bates (2374) vs. Nikita Vitiugov (2709) on the top board of the Blackthorne Russia-Mednyi Vsadnik match. The spectacular 31…Qxd4? (31…Rxd4!) should have thrown away the win:

32.Qxg4! would stop the threat of back rank mate and allow white to pick up the queen on d4 next move. It’s perfectly possible Nikita’s class would have been enough to win the ensuing position, but objectively it should be a draw. Instead, with Richard down to just over a minute for his remaining moves, he played 32.Nf4?, when after 32…Rxe3! it really is game over. 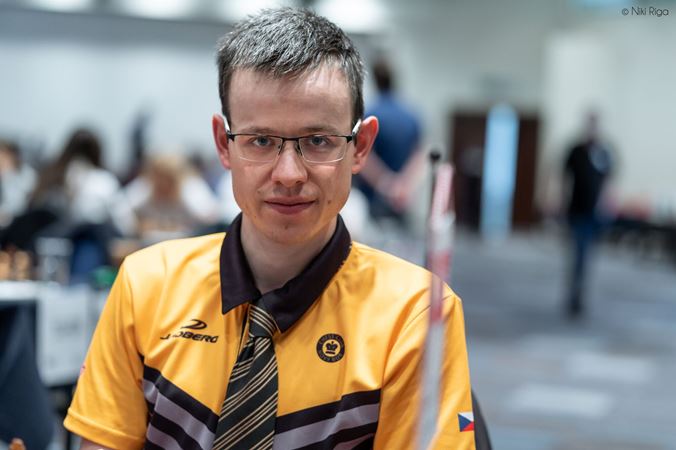 David Navara was one of the players to get off to a winning start | photo: Niki Riga, official website

For even individual upsets you have to look a long way down the results table, with a nice one coming in the 5:1 victory of CC Gambit Asseco SSE over the White Knights Chess Club. The one point for the Welsh team was scored by 1886-rated Peter Bevan, who seemed to have reached the point where it was necessary to resign against IM Bogdan Podlesnik (2365):

But no, he found 46…Qxc6! and suddenly the tables had turned! The queen can’t be taken, of course, due to the back-rank mate, and after 47.Qa1 Peter’s 47…e2! renewed the threat. White stumbled on for a few more moves, but soon had to resign, since the black e-pawn would cost him his queen.

The one top team not to completely overwhelm their opponents was Valerenga Sjakklubb, the Norwegian team featuring none other than World Champion Magnus Carlsen. He was, like Ding Liren, Peter Svidler, Radek Wojtaszek and others, skipping the first round, which provided a chance for some gentle trolling:

Carlsen’s stand-in, David Howell, dodged the Petroff bullet with 1.c4, but couldn’t convert an extra pawn against Twan Burg in a game that went all the way to bare kings. 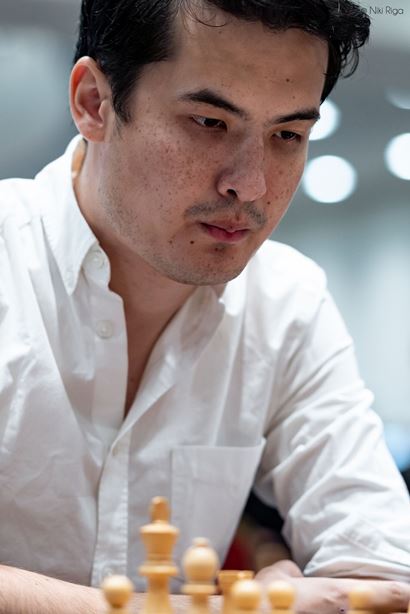 On board two, 19-year-old Norwegian former World Junior Champion Aryan Tari even lost, though it was to a strong player, Dutch Grandmaster Roeland Pruijssers (check out his chess24 video series on the Dutch Defence and the Jaenisch Gambit).

It’s been a busy week for Magnus, who on Monday alone played Liverpool footballer Trent Alexander-Arnold in Manchester and then a simultaneous display in Hamburg. A day later he was in Rome for a private event for lawyers hosted by our very own Jan Gustafsson and reported on by VGTV:

Jan asked Magnus if he’s friendly with or hangs out with future challenger Fabiano Caruana:

He's a decent guy, but I'm not friends with my rivals - that's not the way I roll!

Jan also asked why Magnus was playing the European Club Cup instead of the Olympiad:

I thought there would be less pressure, and also it's kind of a smaller event which is easier to navigate... It also fits into my general plans better.

The event starts for Magnus in Round 2, when 5th seeds Valerenga already face a tricky match against the 7th seeds Molodezhka:

That name means “youth” in Russian, and apart from 36-year-old Vladimir Potkin the ages of the Russian team are Paravyan (20), Yuffa (21), Chigaev (21), Antipov (21), Lomasov (16) and Golubov (17). Valerenga will be hoping David Howell and Nils Grandelius in particular continue their fine form from the Olympiad, while Magnus faces a renowned coach who gave him some help during the 2014 World Championship match against Vishy Anand in Sochi. 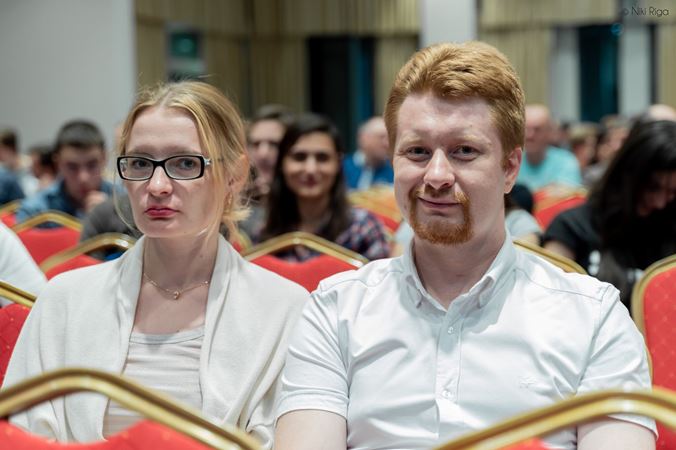 Vladimir Potkin will have the black pieces against Magnus on Saturday | photo: Niki Riga, official website 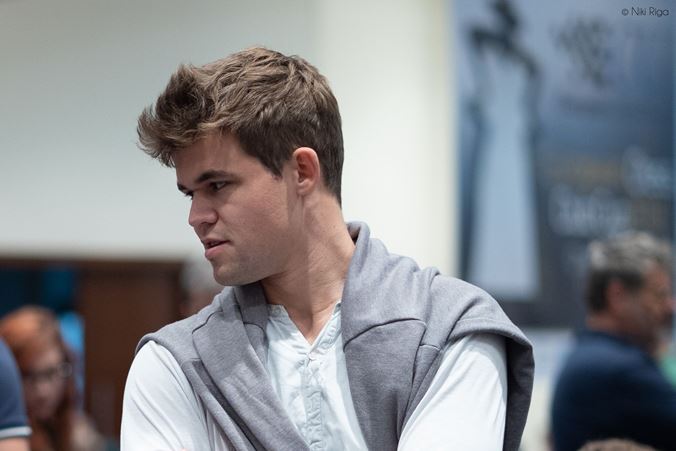 Magnus Carlsen was the one player really missed at the Olympiad | photo: Niki Riga, official website

There’s a lot at stake, since if Magnus lost he’d no longer be no. 1 on the live rating list for the first time in 7 years! As he said of the no. 1 spot in Rome:

In a way it’s only symbolic, but it has also been a part of my identity for many years… I do not want to be second-ranked during the World Championship match.

Valerenga-Molodezhka looks like the match to watch in the open section, but we’ll also get our first glimpse of Ding Liren, Peter Svidler and others in the tournament. One match-up is a blast from the past, as Jon Speelman takes on Alexander Khalifman. In the women’s section, which this year will have a twist with a knockout-format for the final two rounds, we already have big teams meeting in Round 2. 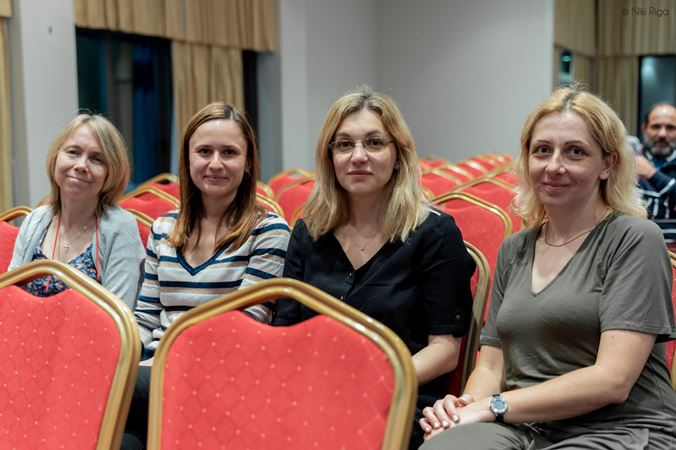 There are some teams missing this year in the women's section as well, but we also see the return of Cercle d'Echecs de Monte-Carlo, featuring Pia Cramling, Deimante Cornette, Almira Skripchenko, Monika Socko and Anna Muzychuk (not pictured) | photo: Niki Riga, official website

Follow all the action live here on chess24! Open | Women