Magnus Carlsen will return to action after the World Championship match when he plays in Wijk aan Zee for an 18th time on the 14-30 January 2022. Magnus will be looking to win an 8th Tata Steel Masters title, but will face tough competition from world no. 2 Fabiano Caruana and local hero Anish Giri. 13 of the 14 players have been announced, with 16-year-old Julius Baer Challengers Chess Tour winner Praggnanandhaa given his debut in the top event, while another teenager, 19-year-old Andrey Esipenko, gets the chance to build on his brilliant debut in 2021. 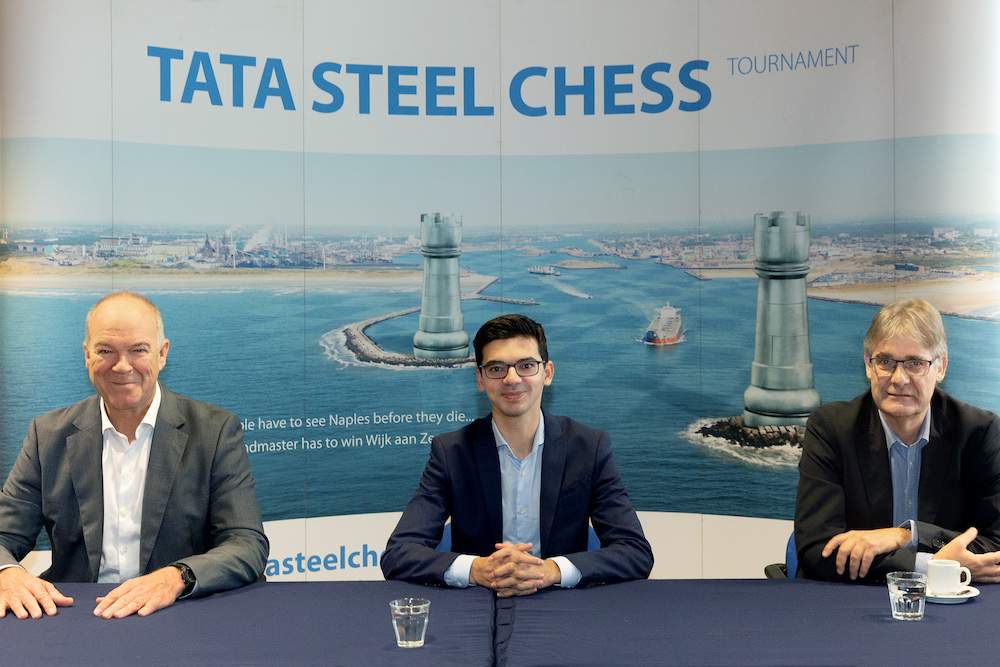 The 84th edition of the super-tournament in Wijk aan Zee is hoping to put the pandemic behind it with the return of the Challengers, amateur events and even spectators, though current restrictions will keep the numbers below pre-COVID levels. Tournament Direct Jeroen van den Berg commented:

I am delighted that we will be able to organise amateur tournaments again and will be receiving visitors as well. The mix of amateurs and grandmasters all playing their games in the hall in De Moriaan is unique in the world and creates a very special atmosphere. I am certain that chess aficionados all over the world will rejoice at this news.

Most attention, however, will once again focus on the main event, the Tata Steel Masters, with Anish Giri present at a press conference on Tuesday where 13 of the 14 players were announced.

UPDATE: Vidit Gujrathi has now been added as the 14th player. 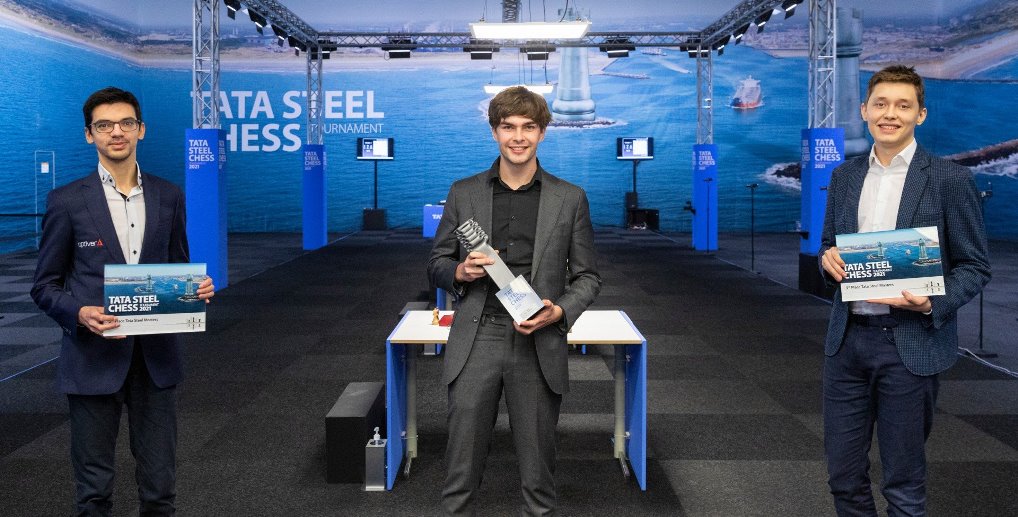 As you can see, Defending Champion Jorden van Foreest is currently only 11th seed, with the trio of Magnus Carlsen (7-time Champion), Fabiano Caruana (2020 Champion) and Anish Giri (runner-up after losing playoffs in 2018 and 2021) the most likely winners. Sergey Karjakin, who won what was then Corus Chess in 2009, will have a chance to showcase how his Candidates Tournament preparations are going.

You can of course make a case for most of the players winning. Shakhriyar Mamedyarov is always dangerous and put together a brilliant run at the start of the 2018 event, Richard Rapport showed in Norway Chess that he can live with the very best, and Jan-Krzysztof Duda is the World Cup Champion and will be preparing hard for the Candidates. The likes of Daniil Dubov, Sam Shankland and Nils Grandelius are creative, uncompromising players, with Nils lighting up the early stages of last year’s event.

19-year-old Andrey Esipenko finished 3rd in 2021, lost just one game and, unforgettably, defeated World Champion Magnus Carlsen. The 2022 event will be another chance for him to show that he belongs at the very top.

The standout name so far, however, is that of 16-year-old Indian prodigy Praggnanandhaa, who is making his debut in the top event after previously finishing 11th in the Tata Steel Challengers in 2019. He’s made serious progress since and 2022 has the potential to be the year he becomes a fixture at the very highest level. He’s going to play as a regular player in the Meltwater Champions Chess Tour after winning the Julius Baer Challengers Chess Tour, and now he gets to warm up by starting the year facing Magnus and co. in Wijk aan Zee. It’s not going to be easy, but whatever happens the experience should be invaluable. 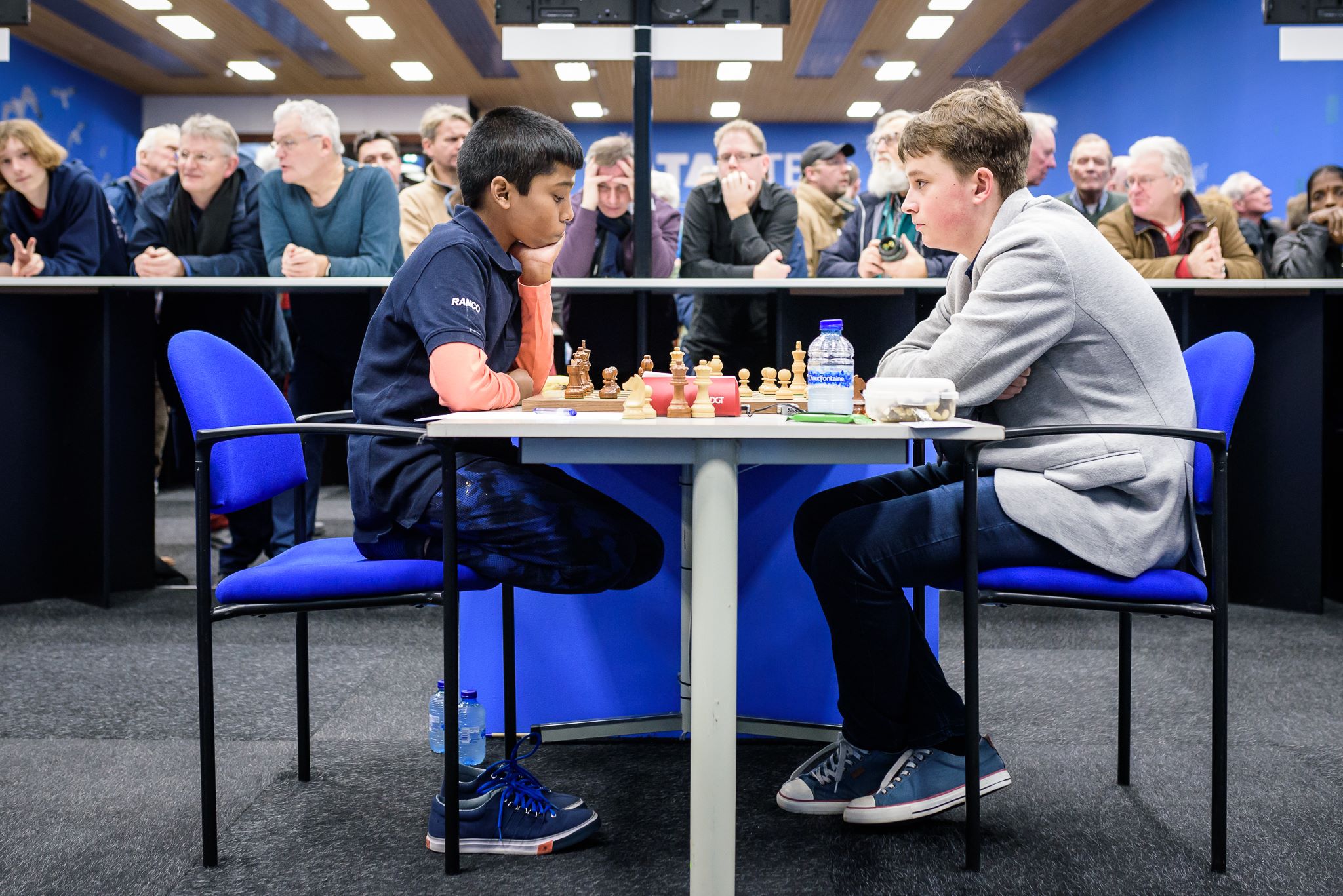 There’s just one place left to be announced, in November, which makes you wonder about the names who aren’t in the line-up — Ding Liren, Ian Nepomniachtchi, Levon Aronian, Wesley So, Vishy Anand… and one of the major stars of recent editions of the Tata Steel Masters: now 18-year-old Alireza Firouzja. Five draws at the end in 2021 saw Alireza just miss out on a major career achievement, with his final game ending in a controversy that brought an apology from the organisers.

The situation was nowhere near as clear-cut as it was initially presented on social media, but Alireza was certainly annoyed!

We’ll have to wait and see who the final player will be, but Firouzja, Praggnanandhaa and Esipenko are all in action today as the 2021 FIDE Chess.com Grand Swiss begins in Riga, Latvia. Follow all the games right here on chess24!