World Chess Federation President Kirsan Ilyumzhinov today announced that the World Championship match between Magnus Carlsen and Viswanathan Anand will take place in Sochi, Russia, from the 7th to the 28th November. The budget is “no less than” $3 million and the players have apparently given their consent, though doubts have been raised over whether the match can take place in Russia in the face of potential sanctions. 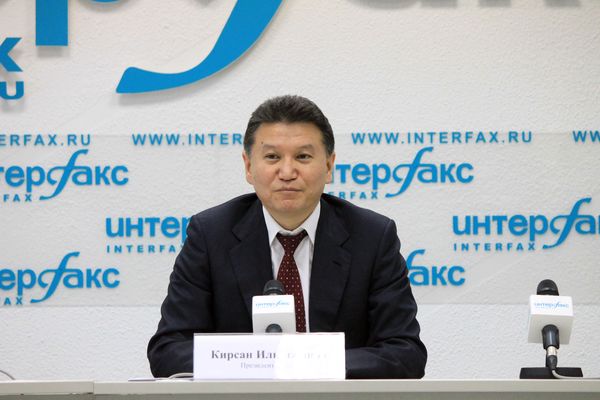 Ilyumzhinov made the announcement in a Moscow press conference | photo: Russian Chess Federation

FIDE President Kirsan Ilyumzhinov today gave a press conference for the Interfax News Agency in Moscow. Though the FIDE website reported the bare facts the fullest details so far can be found on the Russian Chess Federation website. The following was announced:

2) The venue is the Olympic Park in Sochi, Russia, the venue of the 2014 Winter Olympics

3) Alexander Tkachev, Governor of Krasnodar Krai (the region including Sochi) has agreed on a budget of $3 million, with a prize fund of $1-1.5 million

It’s interesting that despite the venue apparently already being a fait accompli no formal bid has yet been received.

Reaction from the Russian Chess Federation

Billionaire Andrei Filatov, the current President of the Russian Chess Federation and the co-sponsor of the Anand-Gelfand World Championship match in Moscow in 2012, commented:

Holding the most important chess events like the World Championship match in Russia is becoming a good tradition and testifies to the renaissance of Russia’s status as a chess power. I’m grateful to Krasnodar Governor Alexander Tkachev for his readiness to take responsibility for organising and holding the most important event on the world chess calendar in Sochi. The Russian Chess Federation is waiting for confirmation from the sponsors in order to send the bid for holding the match.

Magnus Carlsen paid a visit to Sochi during the Winter Olympics, a sporting event that of course has huge significance for a winter sports country like Norway:

But how does he feel about today’s announcement?

Sochi itself was a modern and great venue for the Winter Olympics, but I hoped that maybe we’d get somewhere else than Russia. The interest in Russia for a World Championship match without a Russian may not be so great.

He also brought up the prospect of international politics interfering:

The situation we have now in Ukraine means things may escalate and that for political reasons they won’t be able to participate. It depends on what sanctions Norway and the EU impose on Russia

Well, we think it's good there are developments on the World Championship match. There are some challenges if it’s going to be in Russia.

What kind of challenges?

We’ve spoken to the Foreign Ministry as it’s been a tense situation in Russia, but currently there’s no question of any sports boycott. We’ll keep in contact with them.

I don’t want to get into specifics. Sochi could be a very nice venue and there's nothing wrong with it. The Olympics were held there.

Background to the decision

We recently reported on the two missed bidding deadlines and other troubles that had beset the World Championship bidding process:

Two important factors mentioned in that article have achieved even greater prominence since. One was the unhappiness in Norway that the Olympiad’s chances of raising money were harmed by trying to arrange a World Championship bid as well, though that situation has now been resolved.

The other is the political angle. Garry Kasparov is not only a Candidate for FIDE President but also a leading opponent of Russian President Vladimir Putin. Kirsan Ilyumzhinov met with Putin recently at a children’s tournament in Sochi: 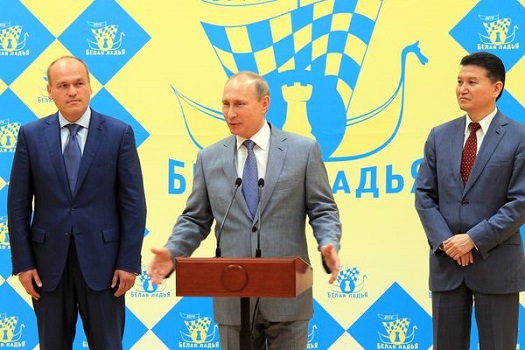 Kasparov, meanwhile, had been using the failure to organise the World Championship as a stick with which to beat the current FIDE administration:

It’s easy to see how a “quick fix” for arranging the match might keep all of Kasparov’s opponents happy, and the Russian Chess Federation website also reported that the largest section of today’s press conference dealt with the race to become FIDE President. Kirsan Ilyumzhinov apparently “assumes that the FIDE Ethics Commission will ban Garry Kasparov from taking part in the presidential election” over corruption allegations.


We'll keep you updated as the situation unfolds!