Candidates Tournament opens as Kramnik says it should have been postponed

The 2020 Candidates Tournament was officially opened today in Yekaterinburg, though all 8 players exercised their right not to attend the ceremony to avoid any coronavirus risk. 14th World Chess Champion Vladimir Kramnik pulled out of commentary on chess24, telling us tonight, “I strongly believe the Candidates Tournament should have been postponed considering the nowadays disastrous humanitarian situation in the world.” The event will go on for now, however, and we have Magnus Carlsen and Peter Svidler joining for Round 1. 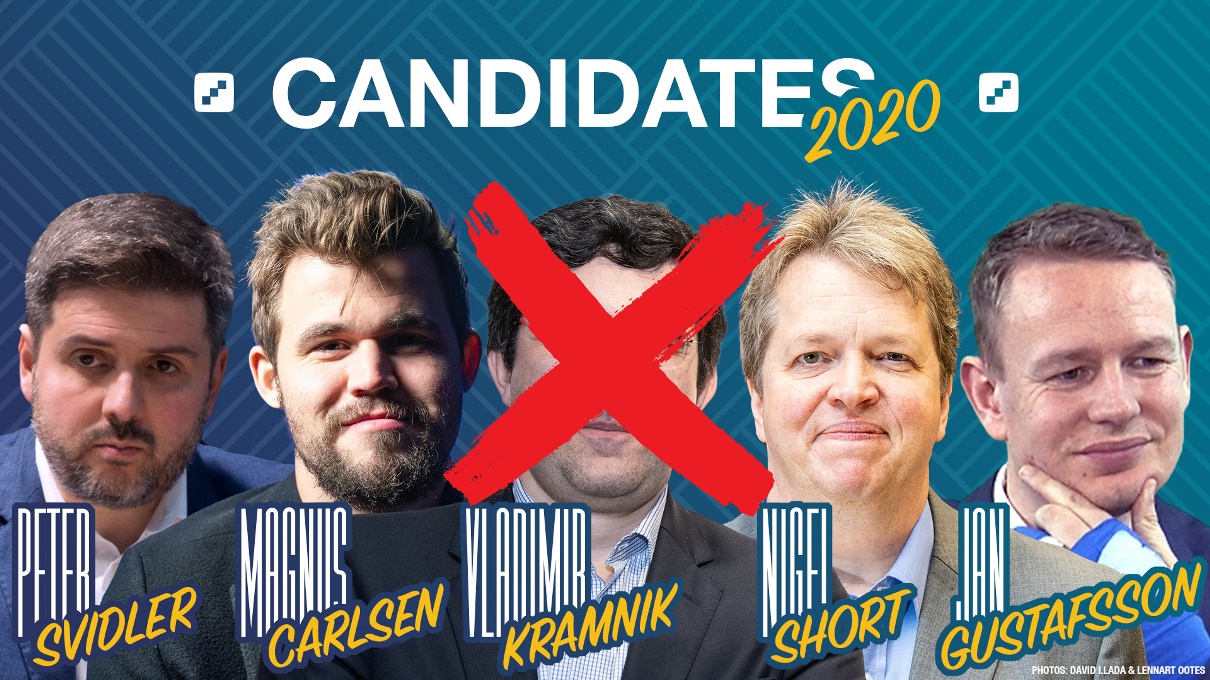 The 2020 Candidates Tournament starts on Tuesday 17 March at 12:00 CET, with commentary here on chess24 in English, German, Spanish, French, Portuguese, Norwegian and Russian (click on an evaluation to go to the games):

Chess in a time of coronavirus 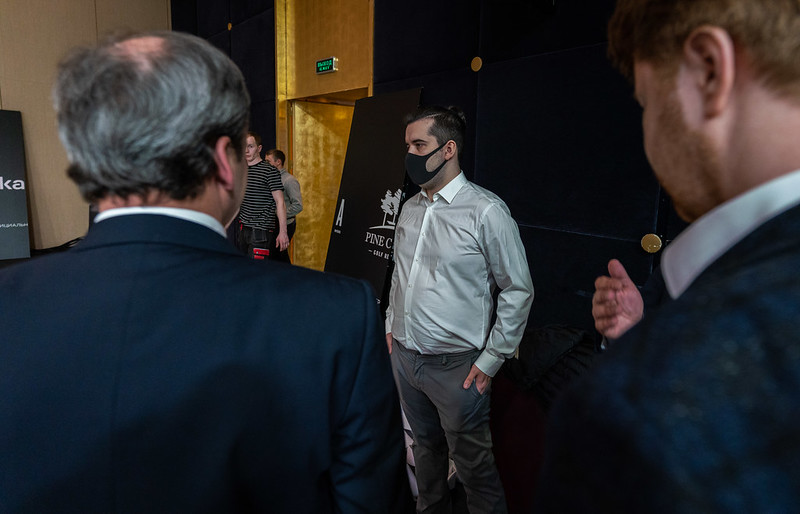 Is this the new normal? Ian Nepomniachtchi in a mask as the players inspect the venue | photo: Lennart Ootes, official website

Since Teimour Radjabov dropped out of the Candidates Tournament 10 days ago when the World Chess Federation (FIDE) denied his request to postpone the tournament, events have moved with startling speed. His replacement Maxime Vachier-Lagrave and all the other players have reached Yekaterinburg, on the edge of Siberia, but the journey back will be altogether tougher. France today joined Spain and Italy in going into almost total lockdown, while the European Union and Russia both closed their borders. The Russian government also brought in a ban on all sporting events with international competitors, with a chess event in Murmansk showing that chess is not immune:

We heard from the French squad that they’re now quarantined in Murmansk for 14 days.

The 2020 Candidates Tournament has curiously become almost the last remaining major event in world sport, with FIDE confirming it will go on:

The hope is that the risk at a small event can be managed, with no spectators allowed and the players and those connected to them tested for the virus before and then once more during the tournament. Alexander Grischuk told TASS:

I feel good and in the mood to fight for victory. Of course the news connected to the coronavirus is a distraction, and a lot of it seems strange. I think the probability that the tournament will start but won’t finish is around 50%.

It’s strange how they’re introducing quarantine and closing borders. It seemed to me that all needed to be done before the virus entered a country, but when there’s already an epidemic such measures… I don’t know, strange things are happening. As for the tournament and the coronavirus – one trip by metro across the whole of Moscow is much more dangerous with regard to the chances of getting ill. 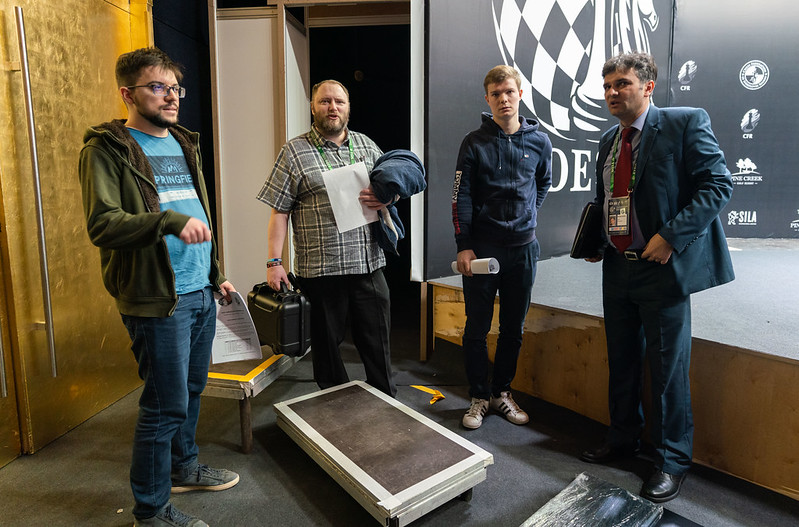 Kramnik pulls out of commentary

We were all incredibly excited to have 14th World Chess Champion Vladimir Kramnik commentating here on chess24. Initially he was planning to come to Hamburg, then as borders began to close it was decided he would commentate from Switzerland, and now, sadly, he’s chosen not to commentate at all. In a statement he explained why he felt it was wrong for the tournament to go on:

I have decided to cancel my commitment as a commentator of the Candidates Tournament in Ekaterinburg. With all respect and general positive assessment of the work FIDE have done recently, I strongly believe the Candidates Tournament should have been postponed considering the nowadays disastrous humanitarian situation in the world. I personally find the decision to keep going with the tournament wrong in many senses:  image wise, legally (there was an official ban today in Russia for all international sport events), and most important, humanly (simply wrong time to make the most important chess event of the year as if nothing is happening, not even mentioning certain, even if very small, risk for the participants). I wish all players staying healthy till the end of the tournament but in nowadays situation that is the only thing what matters as a result of this untimely event. I would like to apologize to everyone who was looking forward to my commentaries on chess24 but it just feels wrong to me doing it because of the above mentioned reasons.

These are strange times, and we of course understand Vladimir’s decision, but for now it seems the chess will go on… and hopefully provide the kind of distraction many of us need right now! 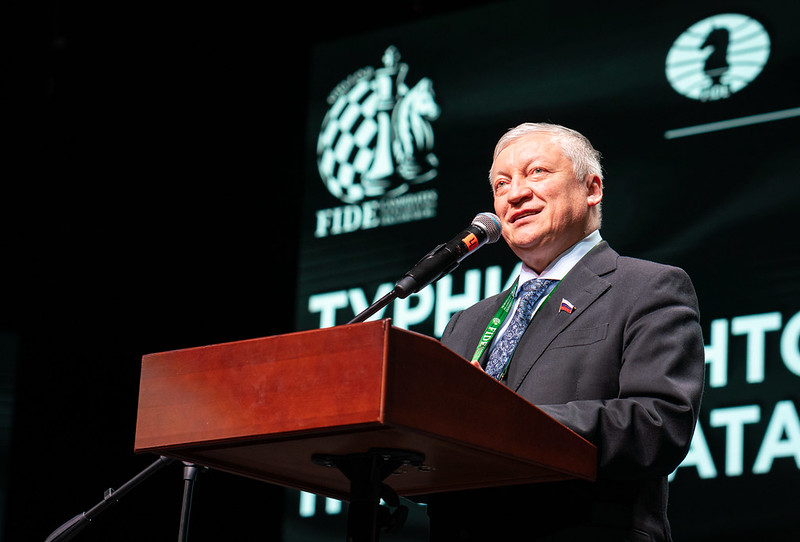 Carlsen and Svidler to the rescue

Jan Gustafsson and Lawrence Trent are going nowhere, with Lawrence arriving in Hamburg and immediately embarking on a phenomenal run of beating GMs Magnus Carlsen, Pepe Cuenca, Ivan Cheparinov and Alvar Alonso in a row:

Of course Magnus Carlsen is no ordinary grandmaster and the World Champion is set to join Jan and Lawrence from the start of Round 1, while 8-time Russian Champion Peter Svidler, currently on site in Yekaterinburg, will be with us from two hours into the games. Magnus was already working on his Giri-bashing material: 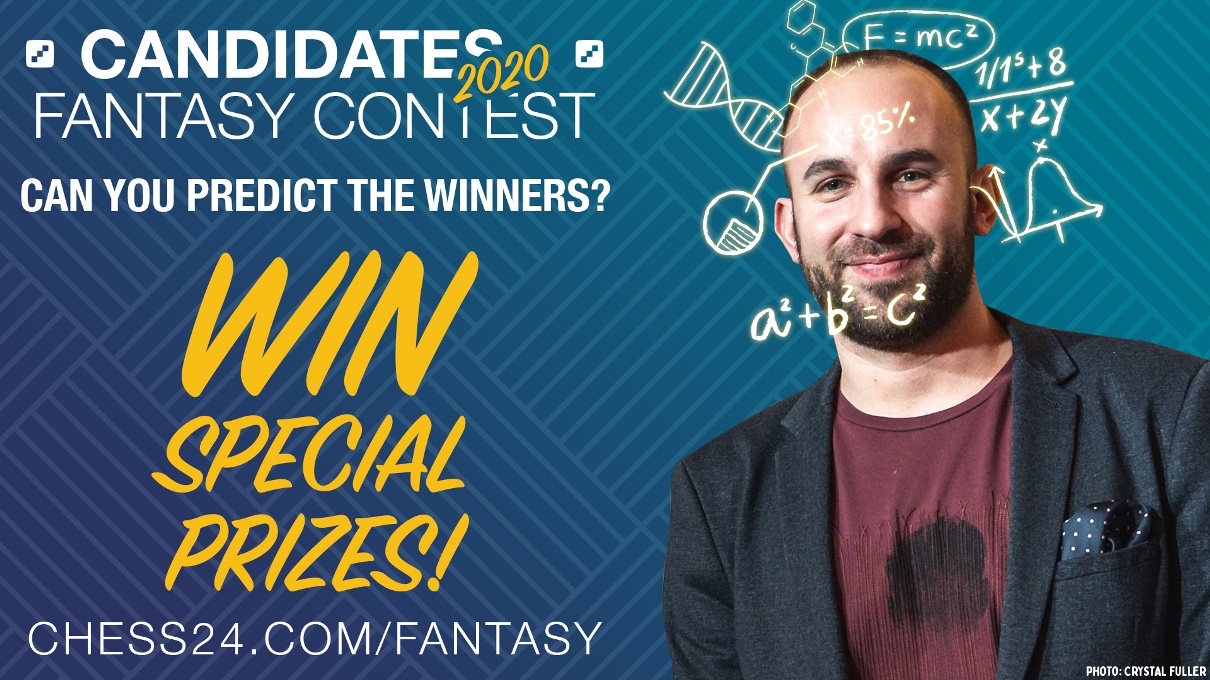 If you haven’t done it yet make sure to enter our FantasyChess Contest, where you can win big prizes and simply have a lot of fun. There's an Overall Contest and a Round 1 Contest that close when the games begin. Check out the full details here.

If you need some more info on the players here are our previews: 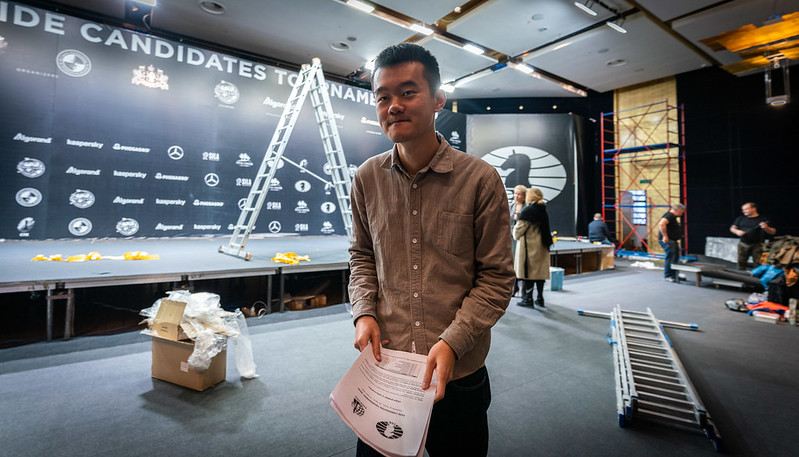 Ding Liren is one of the big favourites | photo: Lennart Ootes, official website 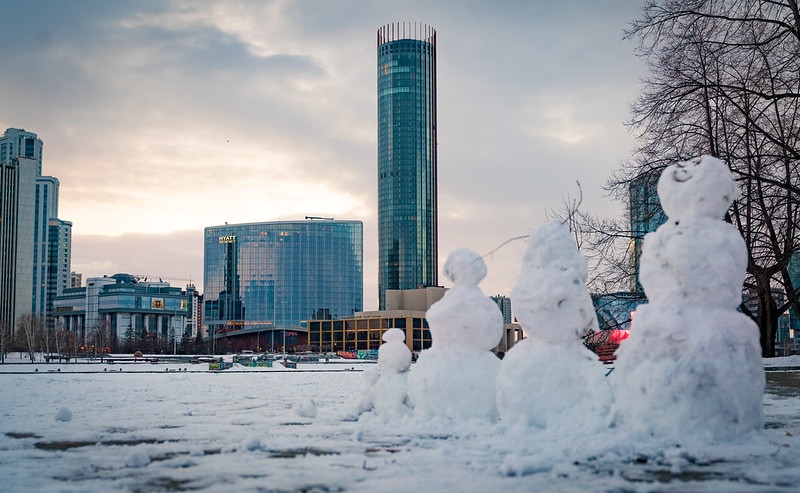 There won't be an audience when the games start, but some inquisitive snowmen are watching the Hyatt Regency Yekaterinburg venue | photo: Lennart Ootes, official website

Go Premium for the best prizes and experience

Just a reminder that for the best Fantasy prizes and overall experience during the Candidates you should consider Going Premium, and if you do it now there are some great offers, including 40% off with the voucher code ‌CANDIDATES2020, or a free month for every draw Anish Giri makes over the course of 14 rounds with the code GIRIDRAW. Good luck! 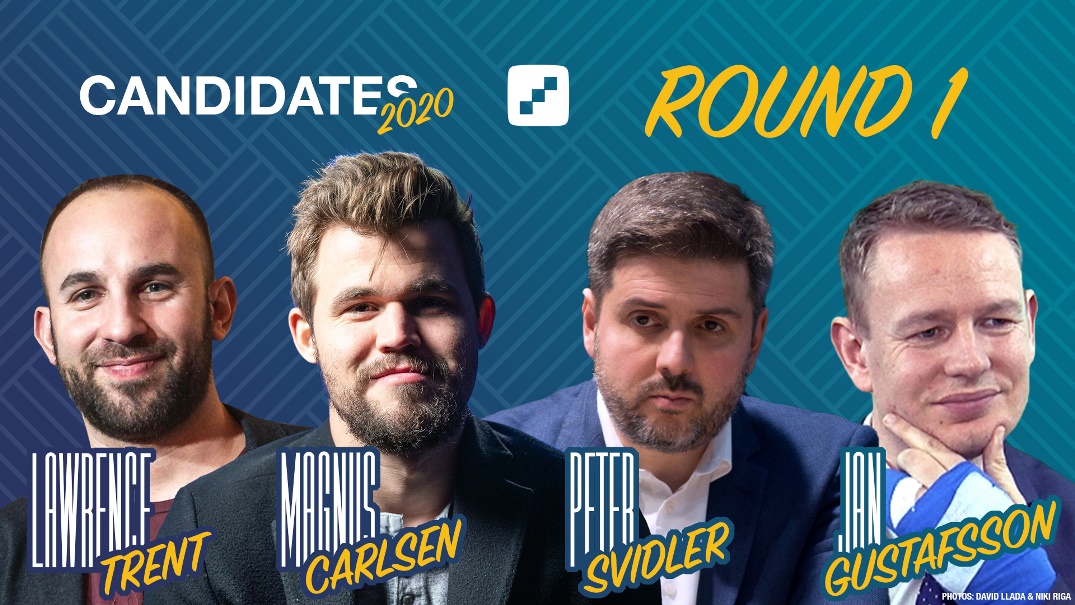 The revised dream team is ready!