Bilbao Masters 4: Anand on the brink of victory 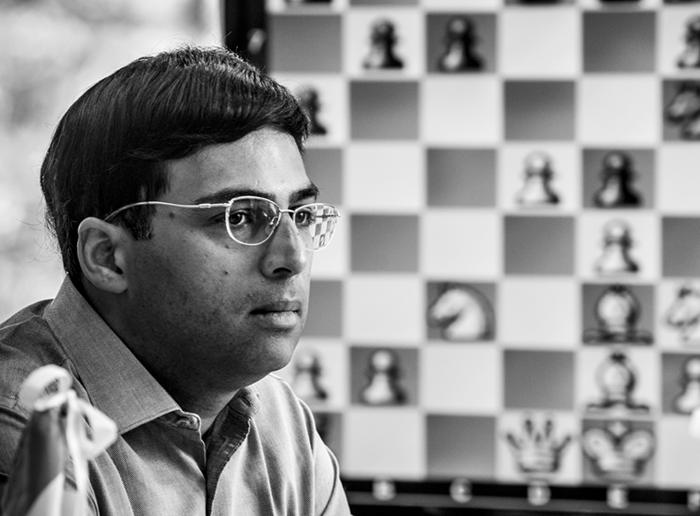 Could this be Vishy's year? | photo: David Llada

Only a late collapse can now prevent Vishy Anand from winning his first Bilbao Masters title after he mercilessly punished Paco Vallejo’s opening experiment. Levon Aronian is the only man who could still catch Anand with two wins in the final two rounds, but in Round 4 he had to fight tooth and nail merely to hold an extremely passive position against Ruslan Ponomariov. 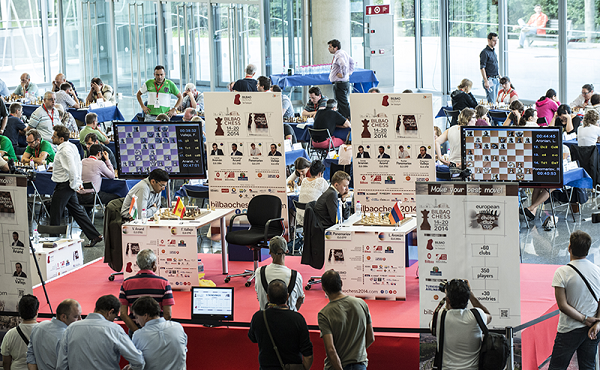 Round 4 of the Bilbao Masters


Although the tournament website once again struggled on Thursday, the official YouTube channel featured another wonderfully atmospheric glimpse of the action (it was Round 5 in the European Club Cup):

In our report on Round 4 of the European Club Cup we pointed out that Topalov had beaten Navara after a single slip by his opponent. Today it was the turn of Vallejo, who suffered from the opening on, perhaps due to a poor choice on move 3.

Translation: "3...Nc6?? would, I thought, be good for a one-game surprise - today I saw all his moves coming, and one more bagel."

Anand employed a classical recipe of Anatoly Karpov’s in the Queen’s Gambit Accepted. Paco, whose theoretical preparation wasn’t up to his usual level, failed to find any counterplay and was almost limited to standing by and watching while Vishy’s pieces gradually seized space. A poor choice of opening by the Spanish no. 1, who now has three losses in a row.

"I thought 3...Nc6 would be an interesting idea for one game, but I think I was wrong. It's not clear whether anyone will go back to playing this variation after this game." 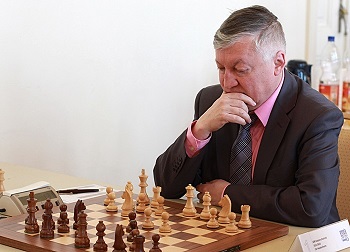 This party is another example of how much you can learn from the millimetre-precision of the 12th World Champion Anatoly Karpov's positional play | photo: Georgios Souleidis

Anand followed a plan known since the 90s when Karpov won a model game against Milov. Anand remembered the idea of Be2 in order to play Nd2 and how Karpov went on to place his pieces on the queenside - a good example of how the memory of a chess player functions and the importance of knowing the games of the great players.

12. ♕xe2 0-0 13. 0-0 Both players considered this position favourable for White, and also easy to play. Paco confessed that none of Vishy's moves surprised him, but he could see no way to prevent White gradually improving his position.

13... ♕e7 14. ♖fd1 Vishy is in no rush and calmly arranges his pieces before taking action in the centre. 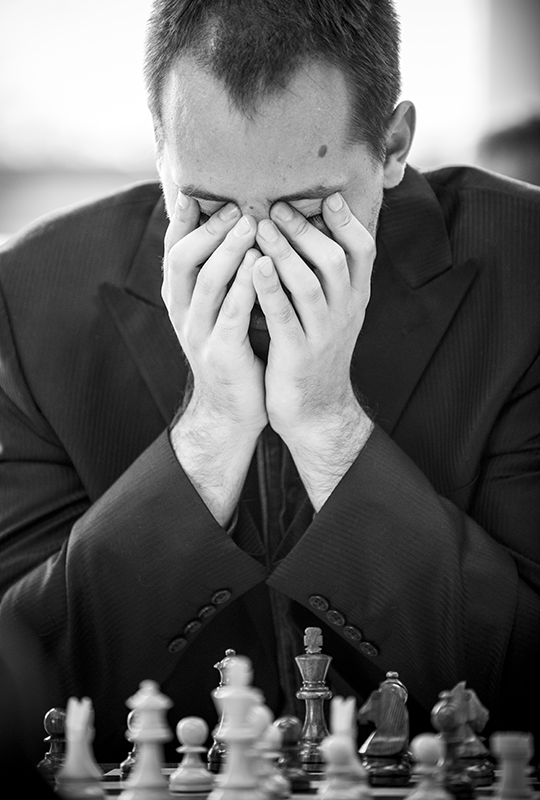 Vallejo was already giving signs, in the early opening, that something had gone badly wrong | photo: David Llada

15... h6 16. ♖ac1 White's plan now may include playing a3 and then later Nc4-a5. Paco tries to generate counterplay in the centre before White can execute his plans.

"White's advantage is that the d-file has already been dominated and there's no way to prevent plans such as Rd6, Nf5, Qg4 and h4... If Black tries to exchange rooks it's only possible to exchange one of them and then it will have to fight against a passed pawn."

26... ♖e8 27. ♖d7 ♖f6 28. ♕g4 It's all been one-way traffic - Black has failed to get the slightest counterplay since the opening, while Anand's pieces have achieved total domination.

32. ♕g5 ♕e6 33. ♖1d6 An easy win for Anand, who took full advantage of a good opening position to achieve a smooth win.

The win pushed Vishy up to no. 3 on the live rating list. The Indian seems to have recovered his form of old, getting back the knack for winning games he'd lost in his last few years as World Champion, but also eliminating the losses that marred his preparation for the first match with Carlsen.

He commented on the upcoming match in the post-game press conference:


I’m happy both with my results and my game – I believe in my chances. 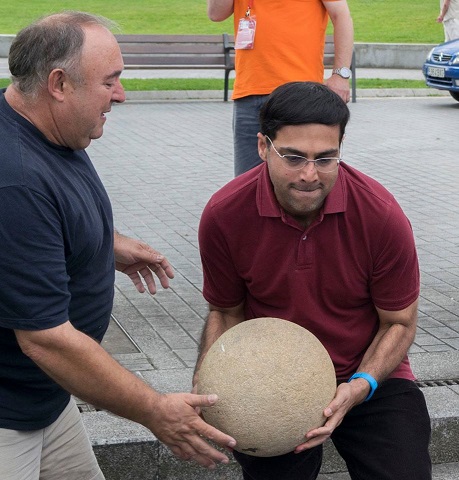 Vishy Anand, at age 44, remains a model of effort and the will to improve, despite already having achieved everything you can in chess | photo: Manu de Alba

“Sometimes it’s good not to be prepared”

The battle between Ruslan Ponomariov and Levon Aronian was also fascinating. The Ukrainian started the game in a state of shock, since he’d expected another opponent... The pairings system employed in Bilbao doesn’t, as you might expect, repeat the first half pairings in the second, but with colours reversed. So Ruslan’s opponent in Round 4 was Aronian and not his Round 1 opponent Anand.


Ruslan nevertheless managed to pose Aronian problems right from the off. After move 24 the following unusual position had been reached:

Black has an extra pawn, but White’s compensation is more than obvious - the black pieces can hardly move. However, Black’s position is so solid that it’s almost impossible to break down, and after a few attempts Ruslan was unable to avoid the Armenian totally shutting up shot. The outcome was a draw, but some free advice – don’t try this at home! 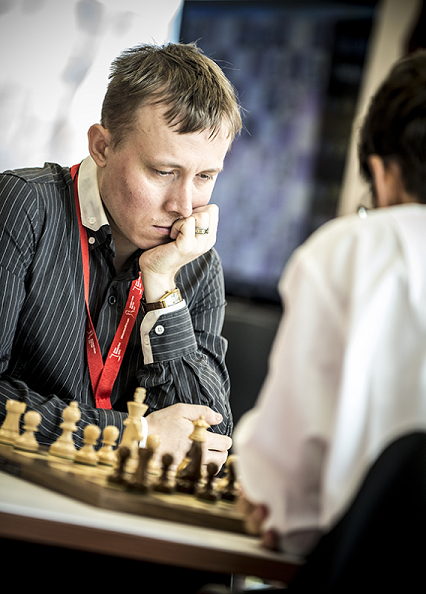 Afterwards Aronian regretted his attempted "improvement", and also noted that sometimes “it’s good not to be prepared”!

Bilbao Masters standings after Round 4

In Round 5 Ponomariov will have the white pieces against Anand that he expected today, while Vallejo faces the ordeal of the black pieces against Aronian - perhaps not what the doctor ordered after three consecutive losses.

As always you can watch the action live here on chess24 with video commentary by GM Jan Gustafsson and IM Lawrence Trent! (Round 4 can be replayed here)