Time is ticking for Carlsen and co. to catch Mamedyarov at the Accentus Biel GM Tournament. The eighth round left the standings untouched, as all the games finished with split points. That doesn't mean that we had a dull round on Monday, however. Carlsen and Mamedyarov played open positions with Black against Svidler and MVL, while Georgiadis fell short of getting his first win of the tournament against Navara. 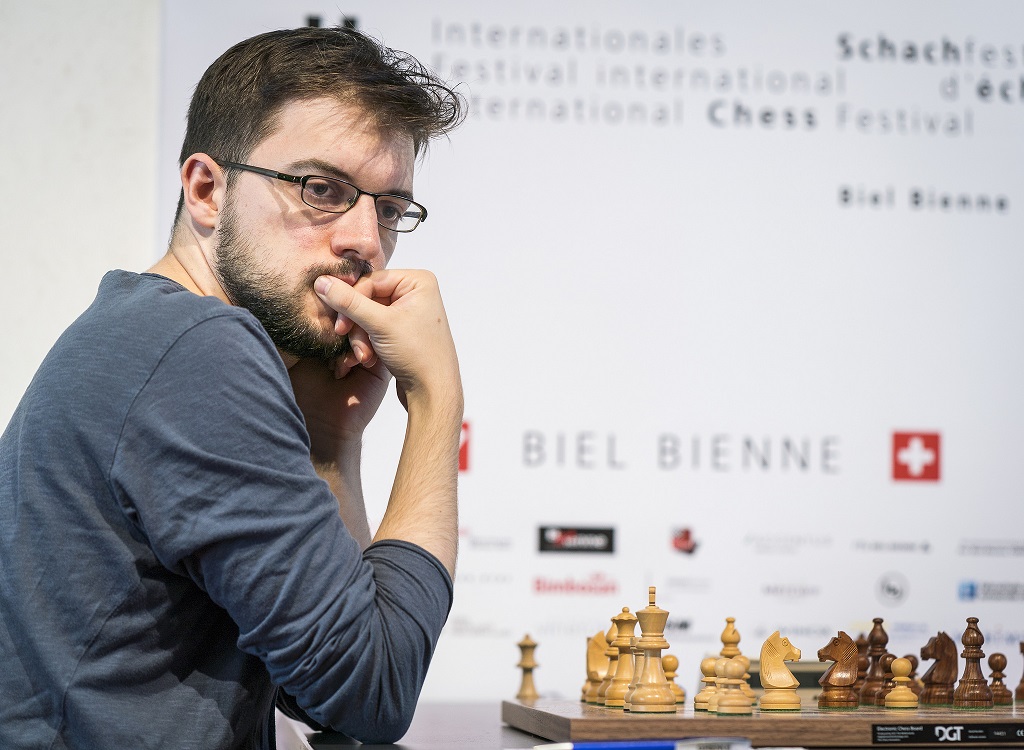 The two players that arrived in the round with negative scores in the standings were paired against each other. For Georgiadis, it has been a tough tournament, but the fact that he only lost five rating points so far shows how much stronger his opponents actually are. Navara — who is exactly 200 points higher-rated than Nico — is only losing three points in the ratings as well.


The Czech player cemented a knight on e5 early in the game, and Georgiadis tried to destabilize White's strong centre with his pieces. Navara advanced his f-pawn down the board looking for attacking chances. On move 21, he even offered a piece sacrifice:

Black cannot take the knight, as the queen's infiltration via h5 would be decisive. White's position looks stronger due to the initiative, but Black has a strong knight on e4, and his pieces are well-coordinated to face any threats by his opponent. When White lost the f-pawn a few moves later, Navara chose to recover material equality in a curious manner:

White went for the a7-pawn with 25.Bb8, discovering an attack against the queen. Navara then went on to take on a7, leaving his bishop stranded on the opposite camp. Black managed to gobble up the unfortunate piece and got a big advantage, but faltered on move 32:

Nico could have played 32...Ra4 or 32...Rd7 to maintain his advantage, but chose 32...Rc7 instead, and Navara found the correct 33.Rc1 in return. In fact, Georgiadis missed another tactical shot soon afterwards, but by then time trouble was already a big factor. In the end, the players signed a draw in a 3v3 rook endgame. 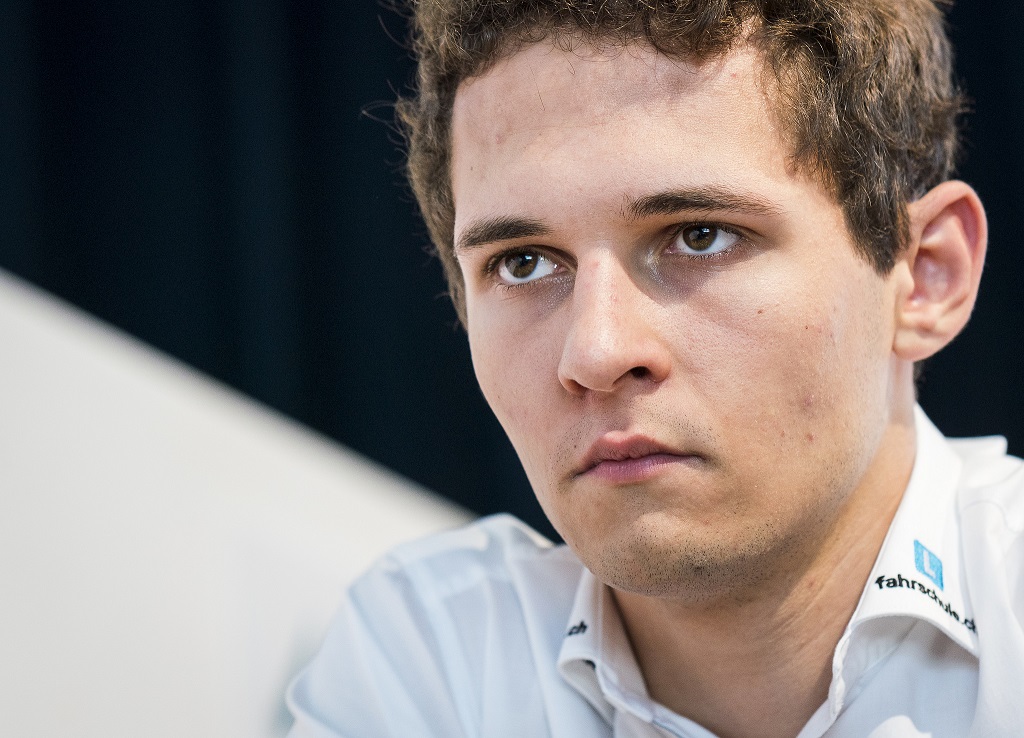 
A decisive result in this game would have been relevant for the standings, as Carlsen and Svidler are second and third behind Mamedyarov, respectively. Svidler arrived in the game after defeating Georgiadis in a sharp game, while Carlsen came from drawing five games in a row. Maybe this explains why Svidler chose to establish a Spanish Exchange Variation type of position, avoiding getting into turbulent complications.


The Russian's conservative approach gave Black a slight initiative. Carlsen then won a pawn in a queen and rook endgame, but White's passed d-pawn was enough to counter the material deficit. The draw was signed after 36 moves in the following position: 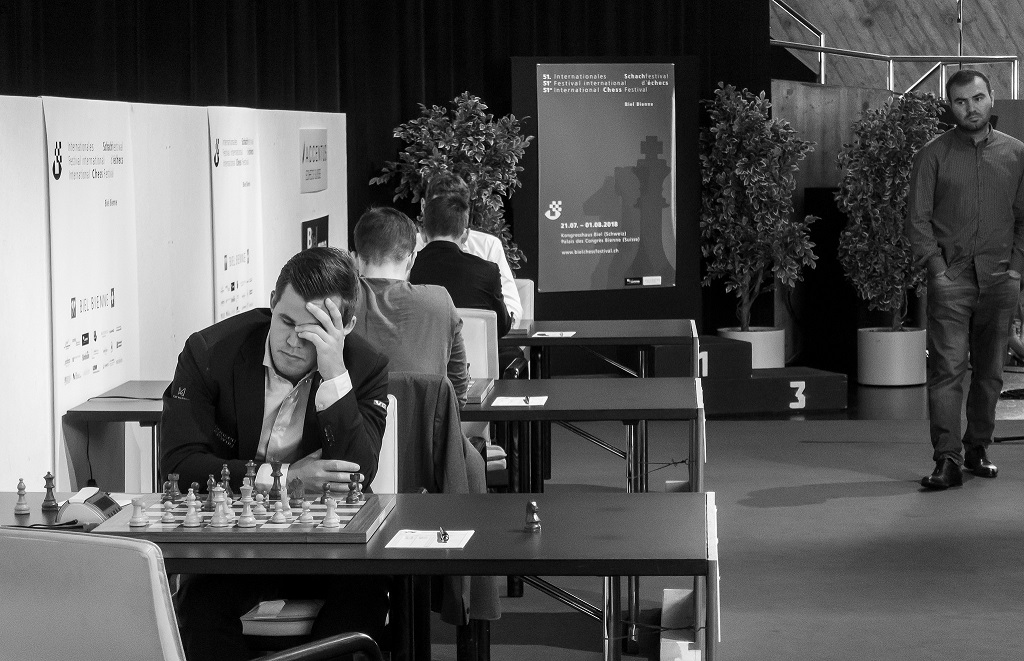 Carlsen escaped on Sunday and got a slight advantage on Monday | photo: Simon Bohnenblust, official website


In their first match-up in Biel, Mamedyarov used an opening novelty to quickly inflict what was MVL's second consecutive loss. Since that encounter, both players had good performances in the tournament — MVL recovered from his bad start with two wins and Shakhriyar created a one-point lead at the top of the standings.


As expected, both players were very well prepared in the opening, and they delved into an Open Defence where Black gives up a bishop and a knight on f2 for White's rook and pawn. By move 22, it was well-established that the action would take place on the kingside with both monarchs slightly vulnerable:

White can pin the g-pawn only temporarily with 26.Qg3, as Black continues 26...Kh7 and takes the knight on the next move.


The dust settled after this skirmish with massive exchanges. The resulting endgame didn't give any of the players chances to fight for a win, so the draw was signed after 42 moves. 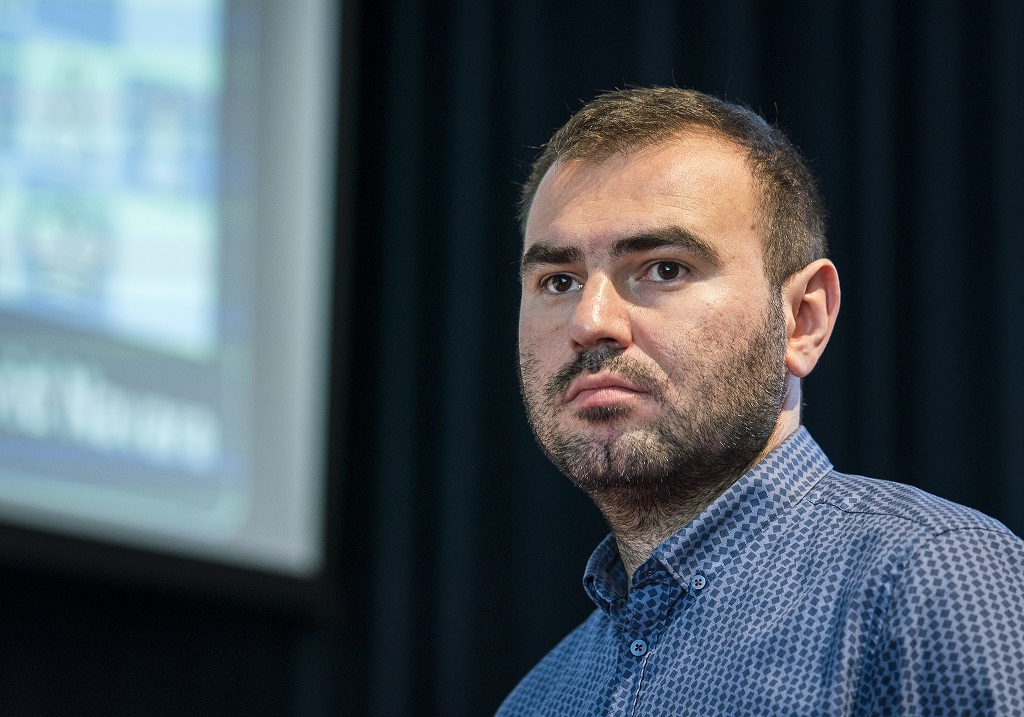 Mamedyarov will have White against Carlsen in the penultimate round | photo: Lennart Ootes, official website

With two rounds to go, Mamedyarov is still the clear leader:

The key match-up Mamedyarov-Carlsen will be played on Tuesday, when a win for Shak would actually give him tournament victory with one round to spare. Don't miss the action live here on chess24!