David Navara scored the only win of Round 2 of the 2015 Biel Chess Festival, uncorking a “cheap tactic” (his words) that caught Pavel Eljanov off guard. That was important for the tournament, but the exhibition took place on first board, where Richard Rapport played the King’s Gambit, Mickey Adams picked up the gauntlet and we got a seat-of-your-pants ride in which both players were risking it all. Jan Gustafsson takes a look at one of the most amazing draws you’ll ever witness. 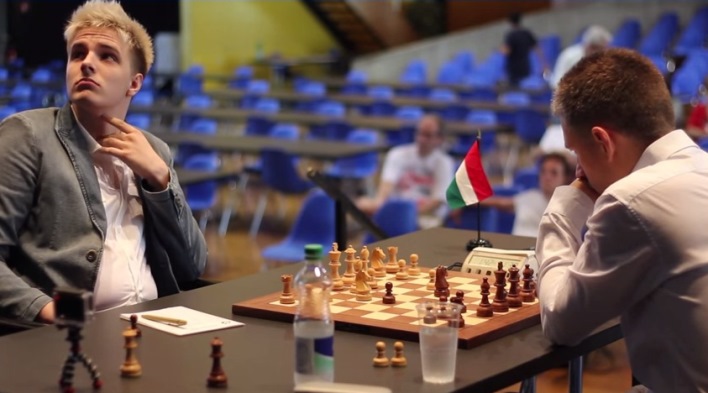 Let’s get the other games out of the way first. 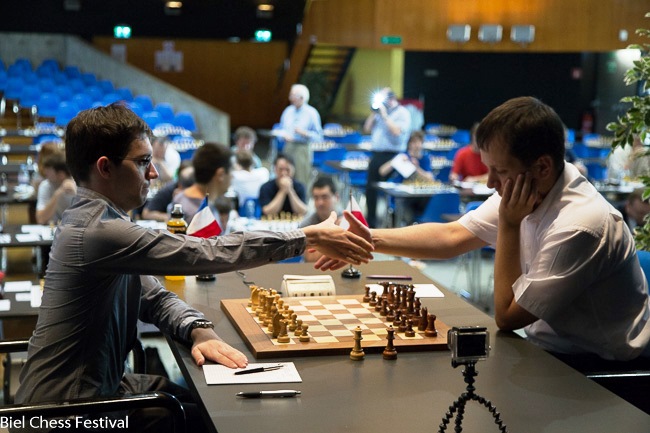 Keen supertournament observers will have lost count of the number of times Maxime Vachier-Lagrave has appeared in post-game press conferences in the last few months lamenting either his opening preparation or his failure to recall it. The theme returned as he responded to Danny King’s suggestion that the draw against Radek Wojtaszek had been “heavy theory”:

Heavy theory for most of the people, but I just managed to recollect by miracle some game I had checked quite a long time ago. It seems interesting, but maybe it’s better designed for blitz games than the time control that was played in this game.

While Maxime had slowed down early on in a Catalan, Wojtaszek rattled out his first 16 moves before briefly pausing before what he said afterwards was a novelty, 17…g6! (Black had previously taken the knight on g5):

Wojtaszek’s point was to follow up with 18…Nc6 and then capture the b-pawn. Black was briefly a pawn up, but the game did nothing to alter the Polish number one’s assessment of the opening: “just a draw”.

Watch the players in Danny King’s report on the day’s play: 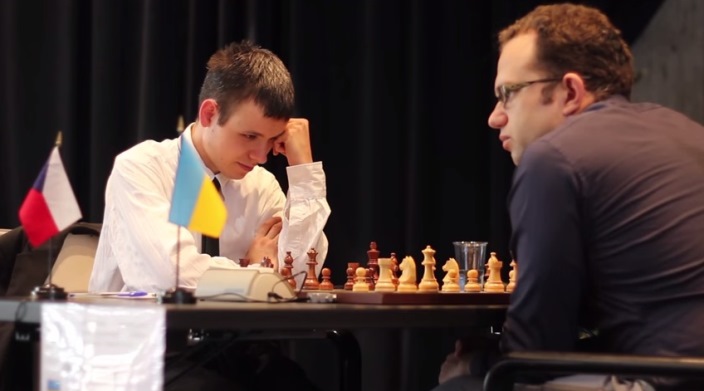 David Navara enjoyed himself, Pavel Eljanov... not so much!

On paper facing Pavel Eljanov didn’t seem like the ideal pairing for David Navara after losing his first game in Biel. As he noted:

I played three games against him with White and lost two and saved one draw!

This time round, though, it went like clockwork for the Czech no. 1. A curious opening left him with an eccentric pawn structure, but one which was perfectly poised to support a kingside assault:

Waiting to be put to the sword didn’t appeal to Eljanov, so he sacrificed a pawn here with 27.d5!? to gain some play. Soon afterwards queens were exchanged and it looked as though we were in for another long endgame. Instead, Navara set a trap with 42…Rh7!? and Eljanov fell for it hook, line and sinker with 43.Rxc5+? Bxc5 44.Rxc5+: 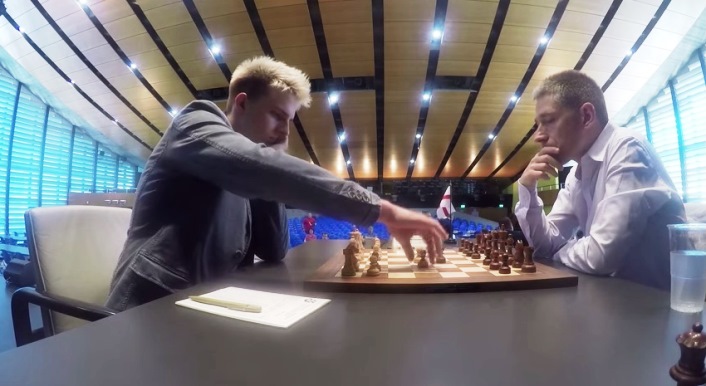 And so we come to the star attraction. Although not a huge surprise to see when 19-year-old Richard Rapport has the white pieces, the King’s Gambit (1.e4 e5 2. f4) always manages to electrify chess fans, bringing to mind classics of the 19th century or immortal games of the calibre of Spassky-Bronstein, 1960. That game made it into the Bond film, From Russia With Love, where the name of the player with Black looks kind of familiar! 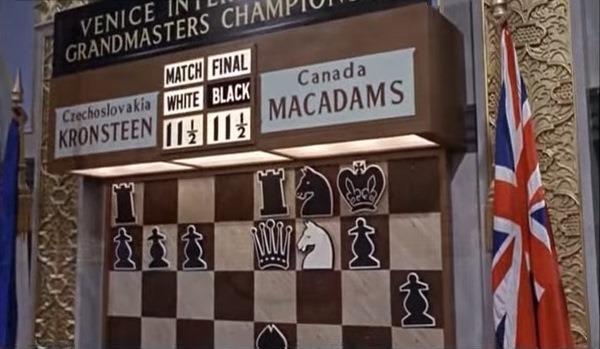 In 2015 chess fans kibitz on the action on Twitter, and were having a great time

The expectation nowadays, however, is that the beautiful old gambits of the past will be defused by dry technique, leading to lifeless draws at best. For once, though, we got nothing of the sort! chess24’s resident grandmaster Jan Gustafsson takes us through a wild encounter:

Adams’ rewards for surviving that onslaught was to remain out in front as the sole leader, while Navara leapfrogged Eljanov out of last place: 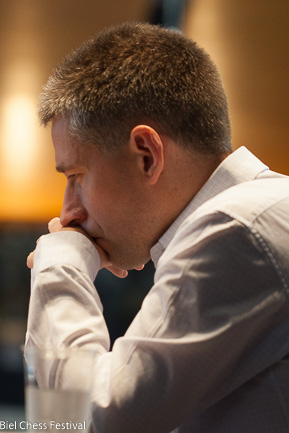 You can replay all the previous games and see the future pairings and live games below: