Battle of the Minds: 4 legends compete in chess and poker

Peter Svidler and Patrick Leonard will team up to play chess and poker against a rival team consisting of Alexander Grischuk and Isaac Haxton. Patrick and Isaac are as famous in the poker world as Peter and Sasha are in the chess world! We're also launching a Freeroll Series that you can play, each Sunday of March and April, on partypoker. 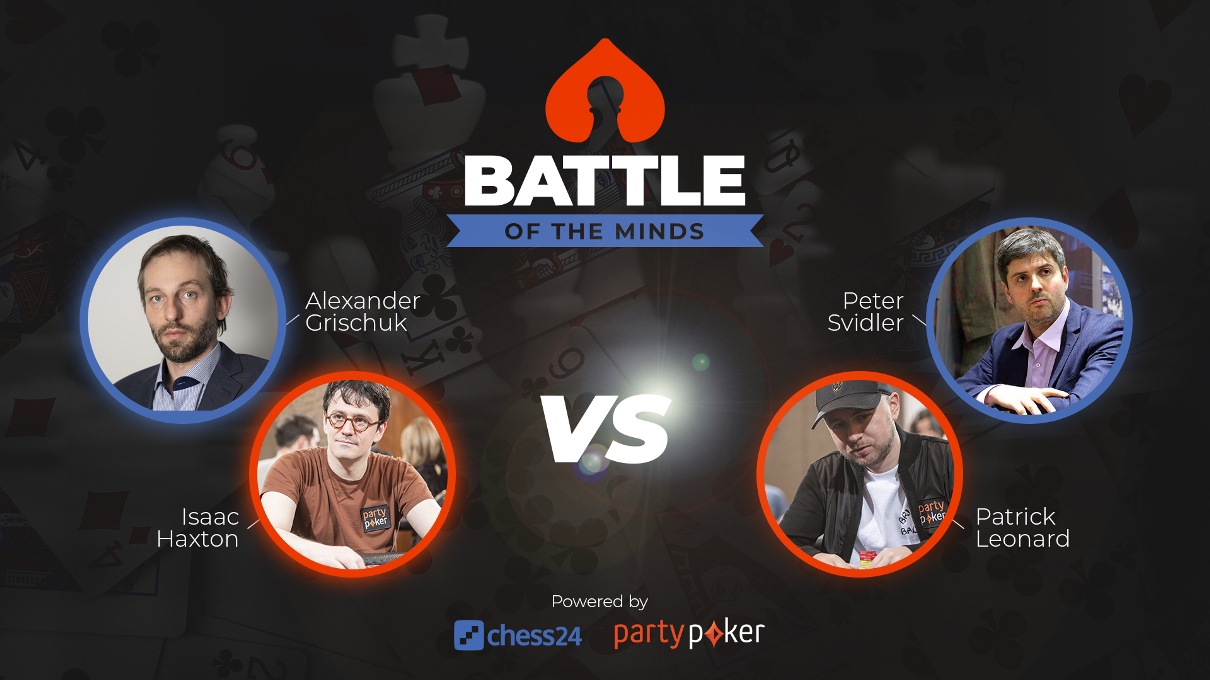 On Wednesday, March 10 at 8 pm CET, Peter Svidler will give a streamed chess lesson to his partner Patrick Leonard and will receive a poker lesson in exchange.

8-time Russian Chess Champion Peter Svidler started to play poker in 2010 and used to play a lot, but has done so less in the last couple of years. He describes himself as a "bad regular"... which is exactly what a humble "good regular" would say!

Patrick used to be World n°1 on the PocketFives rating and is part of Team partypoker.

The day after, on Thursday, March 11 at 8 pm CET, it will be the turn of Alexander Grischuk and Isaac Haxton to train each other in order to get ready for the Battle.

You might remember from my article Great minds: 10 players who excel at both chess and poker that World n°6 Alexander Grischuk made 8 cashes in the last World Series of Poker, including a 6th place for $30k!

As good in poker as Sasha might be, he will probably have a thing or two to learn from his partner, the great Isaac Haxton.

Also part of Team partypoker, Isaac is n°16 on the All-Time Money List with $28 million in earnings! He is regarded as one of the best Heads-Up specialists in the world... and that's exactly what they are going to play.

The Battle will take place on Friday, March 12 at 8 pm CET.
Team Peter and Patrick will face Team Alexander and Isaac.

Here's a quick summary of the format:

If you want to know the details: 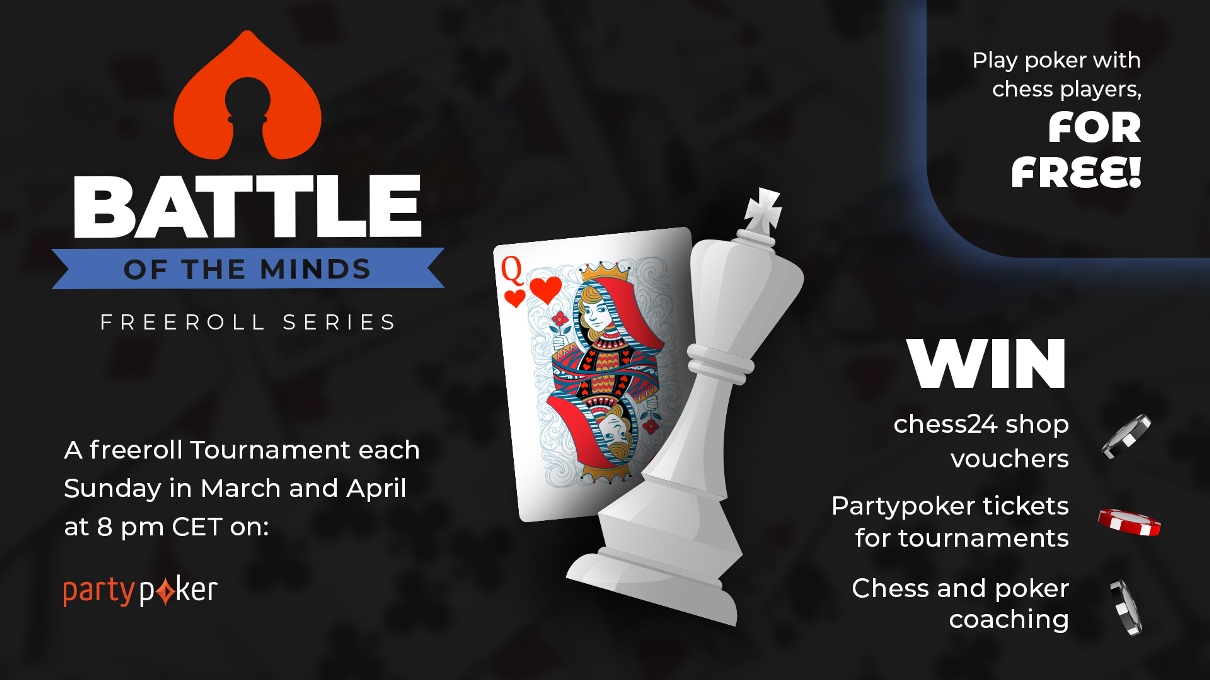 Do you want to play poker amongst chess players?

As exciting as watching the world's best players can be, nothing compares with playing yourself!


That is why we are launching the Battle of the Minds Freeroll Series that starts this Sunday, March 7.

The whole competition is entirely free and while there are no cash prizes, you can still win some nice prizes.

One freeroll each Sunday of March and April at 8 pm CET/CEST.

All the freerolls are 6-max No-Limit Holdem Tournaments - only the speed changes, alternating between Turbo and Hyper.

In each Freeroll you can win:

At the end of April, after 8 tournaments, the top 4 on the leaderboard will play a knockout Heads-Up tournament and compete for these prizes:

Play the 1st Freeroll of the series this Sunday!

Is it really free?
There are no fees at all. However, you need a valid account with a deposit.

Where does the competition take place?
On partypoker.com

Who can participate?
All adults over 18 years old, who are living in a country where partypoker.com operates. This includes: Russia, UK, Ireland, Germany, Austria, Hungary, Canada, Holland, LATAM

How to participate?
Go to partypoker.com and register if you don't already have an account.
In the lobby, find the tourney named Battle of the Minds Freeroll Series #1. A password is needed: Chessparty 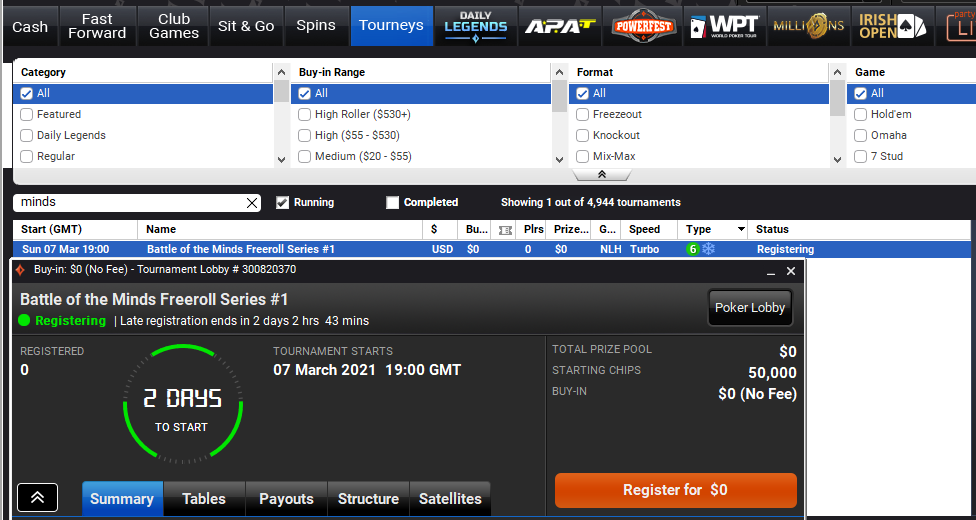 We will publish the leaderboard soon after the end of the tournament. Good luck!