Anish Giri is the last Top 10 seed standing in the 2015 World Cup after knocking out Maxime Vachier-Lagrave with a win in their second game. Hikaru Nakamura is also out, since he was unable to make any impact in a must-win game against Pavel Eljanov. The final two semifinalists will be known tomorrow, when Mamedyarov-Karjakin and Svidler-Wei Yi compete in tiebreaks. 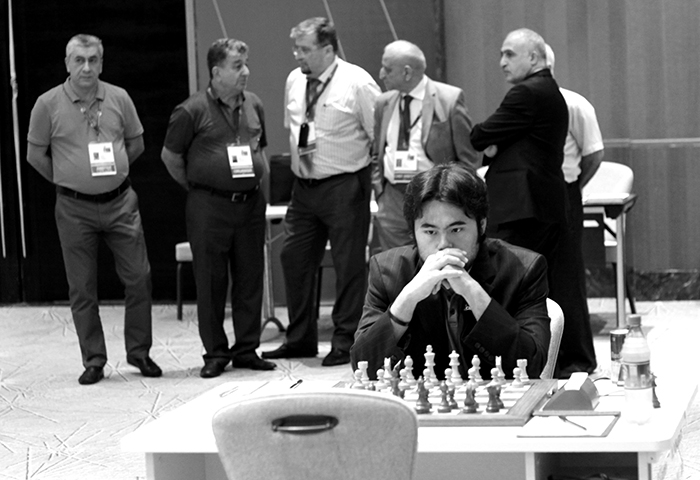 Only six of the original 128 players are still alive in the World Cup after Day 2 of the quarterfinals:

Hikaru Nakamura faced the toughest task of any player on Thursday, since he had to do what no-one had so far managed in Baku - beat Pavel Eljanov. The one thing going in his favour was that the four games previously played between them had ended in wins for White, but as Eljanov would remark afterwards, “it’s quite logical that we made a draw finally”. 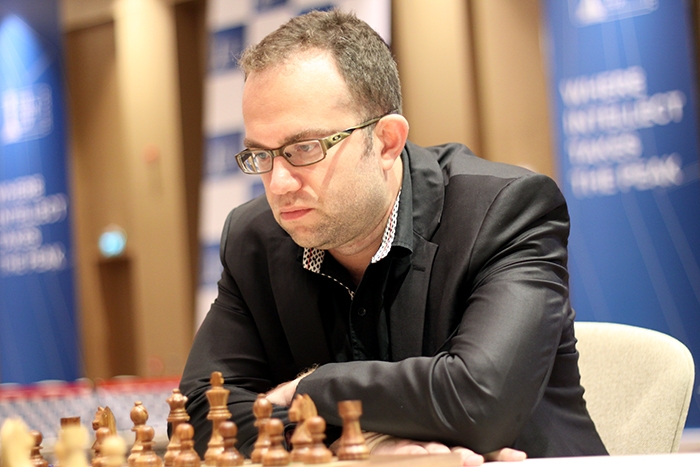 Nakamura was drawing praise from the Russian commentary team for the way he went for a slow opening and gradually ratchetted up the pressure rather than naively playing, for instance, the Evans Gambit. On the other hand, though - it didn’t work. Eljanov pointed out a critical moment came after 16…Ne8:

White has to find something concrete since Black has “easy play – with Bf6, Nd6 and Nf5 at some point. White has some tricks but everything is just in time for me.” (Eljanov)

Nakamura did what he could – starting with 17.Nb5 here – but it was all in vain and when queens were exchanged the writing was on the wall. The US no. 1 and highest rated player remaining in the event admitted it was over on move 43 and was magnanimous in defeat:

It wasn’t only bad news for Nakamura, since Dmitry Jakovenko can now no longer qualify for the Candidates Tournament as the third-placed Grand Prix finisher. For that he needed either Caruana or Nakamura to make the final. And since Eljanov had beaten Jakovenko…

For Eljanov, meanwhile, the dream of Candidates Tournament qualification goes on, and after a 10th Elo-winning game in a row he’s up to 2751.4 and world no. 14. In a curious career trajectory the Ukrainian had already been 2761 and in the Top 10 back in 2010, and was asked by Dirk Jan ten Geuzendam why his rating slumped soon afterwards:


Maybe it was too much for me and I played too ambitiously. So my strategy maybe wasn’t so good at the time. Maybe some other problems not connected with chess, directly.

What is your real rating?

I have no idea! There are many chess players about 2750 and I don’t consider that I’m weaker than most of them, so I hope that’s more or less my level.

Watch that interview with the man of the moment:

Eljanov will now play the winner of Mamedyarov-Karjakin, a clash that went to tiebreaks.

Karjakin 1/2-1/2 Mamedyarov: Nothing to see here 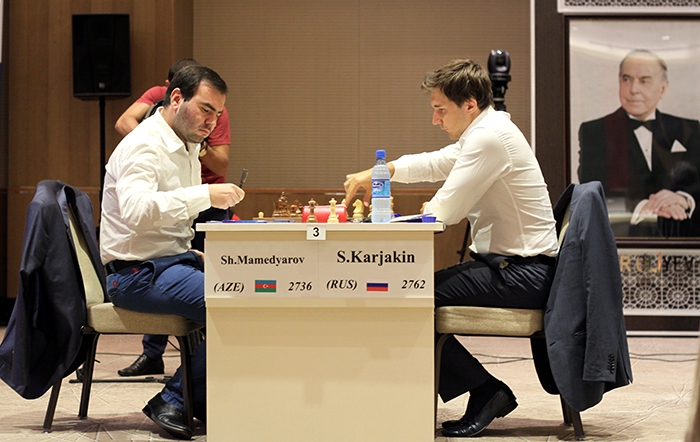 14-move draws in positions where all the pieces are still left on the board are not why anyone tunes in to watch a chess broadcast, but in mitigation:

The other draw came far closer to producing a winner:

Peter Svidler was effusive in his praise of Wei Yi, describing him as, “probably one of the most gifted tactical players on the current scene” and, more concretely, he noted, “he keeps on finding those little moves that stop me from achieving my goals”. Nevertheless, so far it looks as though Peter is one player who knows how to handle the young genius. This summer he won a very impressive game against Wei Yi with the black pieces in the Russia-China match and here again he was on top with Black. 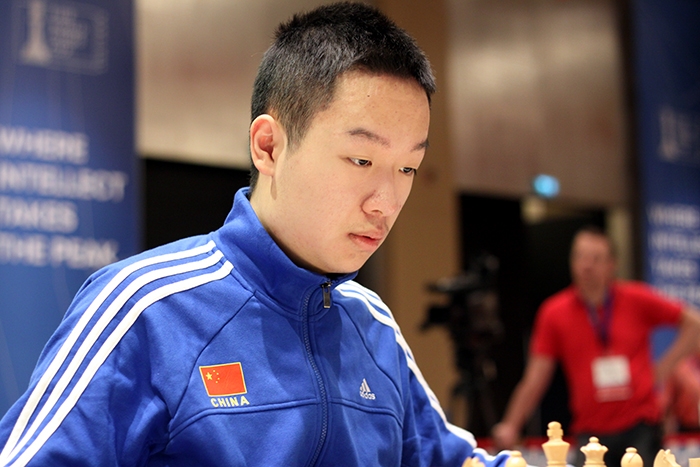 Wei Yi was once more living dangerously but extricated himself just in time | photo: official website

The critical moment arose on around move 22:

It wasn’t just the position on the board that was “very, very promising” (Svidler) for Black but also Wei Yi’s clock situation. After a 32-minute think on move 15 he was down to just over five minutes to make the time control. It seemed the perfect opportunity for Svidler to push on and win the game and match… but, to add one more gratuitous Yogi Berra quote, “when you come to a fork in the road, take it!” Svidler followed that sage advice with 22…Kh7, but 22…Kf8 may have been the right branch of that fork, immediately getting the king out of the firing line. He admitted to having been “fixated” on the idea of always having Rg8 in reserve.

Still, after 22…Kh7 23.Qd3 it was all still to play for, and Svidler could either have gone for 23…Ne7 (the variation that convinced him not to try that seems to have a big hole in it) or 23…Kh8, which as Svidler noted afterwards would simply pose the problem of what White is planning to do about the hanging pawn on d4. Instead he went for a line he suspected led to a draw – 23…Rg8, and you probably need to watch the video to appreciate how disappointed the serial Russian Champion was in himself:

Svidler had been clutching on to one last straw – that his opponent would miss the best move in this position:

28.h4!, covering the vital g5-square, took Wei Yi all of 1 minute and 29 seconds and a draw was agreed after 28…Kg7. That means tiebreaks, with Svidler noting his opponent has already shown himself to be very good at them, before adding:

His tiebreaks were more exciting than mine. The one against Vovk was really the stuff of legend! 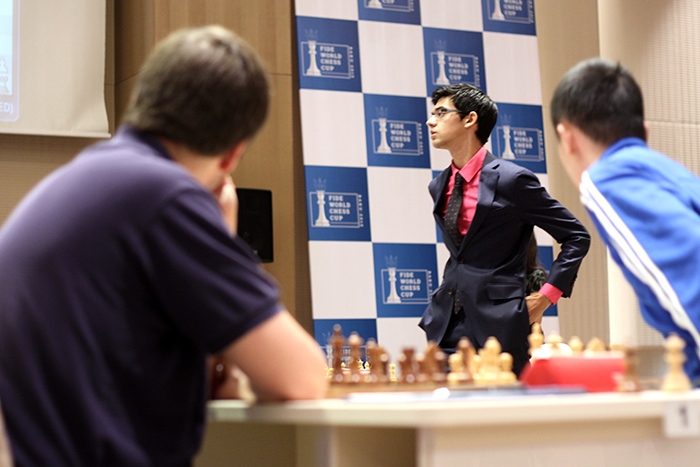 Anish Giri described his plan for Friday: “watching the tiebreaks while ironing in the background, thinking it might be me”. He came to the board sporting the sharpest of suits and soon had the French no. 1 struggling to decide what to do. What he came up with, for not entirely obvious reasons, was to give up a pawn and hope to cling on for dear life in a miserable ending. Or, as a Norwegian GM, put it: 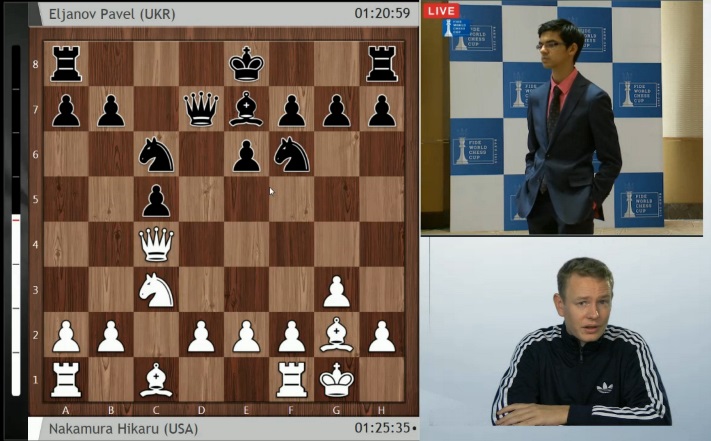 Was this really the day for Jan to dress down for the live commentary in German?

Jan Gustafsson looks at the world of pain Maxime had let himself in for:

Afterwards there was a Gallic shrug of the shoulders tweet: 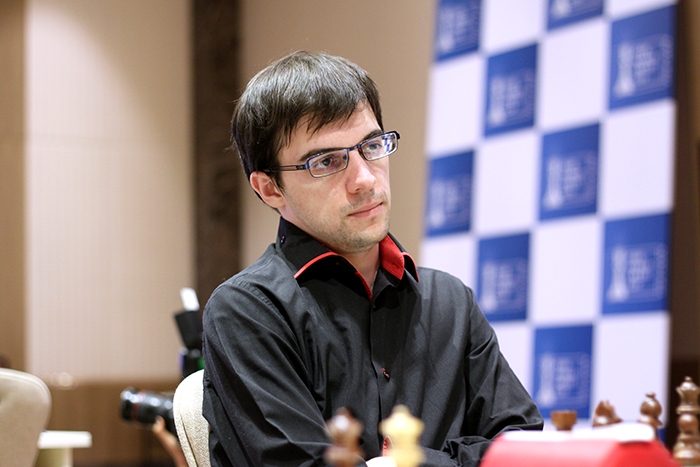 And Anish Giri was left with a great burden of responsibility:

Now that Hikaru left me I have to represent the high society now in the tournament.

So on Friday we get to watch another two tiebreaks, and after that – oh miracle of miracles – a rest day! On Sunday the battle royal commences for a place in the final and the chance to play a match for $120,000 safe in the knowledge that you’re already qualified for the Candidates Tournament.

Follow all the FIDE World Cup action live here on chess24. You can also watch all the games in our mobile apps: