World Champion Magnus Carlsen’s Norwegian teammates discovered he had a “punchable” face when he unveiled his plan to play 1.e3!? in his first game of the 2016 Olympiad! The “mouse-slip” opening worked, with Jan Gustafsson back to analyse another Carlsen attack that became overwhelming before any material was sacrificed. Elsewhere the big shock was the Philippines women’s team annihilating reigning World Team Champions Georgia. 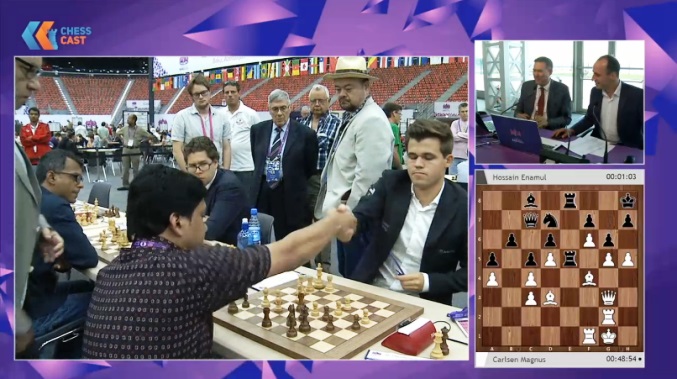 All eyes on Magnus Carlsen's first game of the 2016 Olympiad - will he improve on his previous disappointing showings?

Round 2 of the Olympiad traditionally sees the big guns join the fray, and this was no exception, with the top four players in the world making their debut: Carlsen, MVL, Caruana and Kramnik. Magnus and his Norwegian team may have been down on table 39, but he soon ensured the chess world’s attention was fixed on his game again Bangladesh’s Enamul Hossain. Jon Ludvig Hammer explains the reaction of Magnus’ teammates:

The game was soon back on the beaten track, though, and Jan Gustafsson shows us how the World Champion scored a trademark win, helping his team to a narrow 2.5:1.5 victory:

For the other top four players there were classy wins for Fabiano Caruana and Vladimir Kramnik, with the latter showing that the Berlin isn’t to be underestimated as an attacking weapon. MVL was the one to falter, being held to a draw by 49-year-old Aleksandr Baburin, the Russian born grandmaster who has lived in Ireland for over two decades now. That meant the fight for the world no. 2 spot behind Magnus is getting ridiculously close. 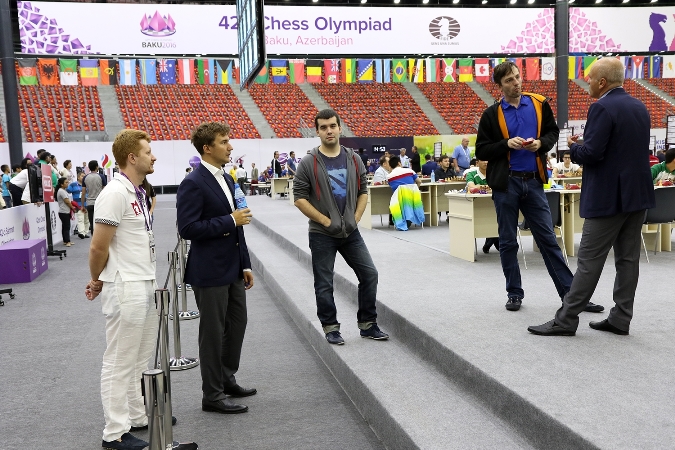 There were no outright team surprises in the Open Section – for instance, we’d already flagged up Georgia-Iran as a tight struggle, and it was no shock Iran managed to hold a 2:2 draw, with teenager Parham Maghsoodloo continuing his wonderful year with a win over Mikheil Mchedlishvili. What we did see, though, were surprising individual results. 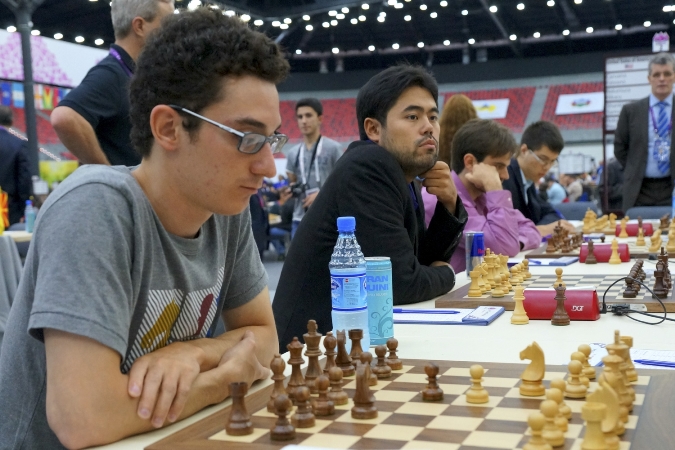 Colin McNab came close to beating Sam Shankland, Dritan Meheti almost claimed the scalp of Yuriy Kryvoruchko in a thrilling game, Wei Yi was held by Nicola (Al, as commentators in at least three languages christened him!) Capone and the equally well-named Muhammad Ali survived a 166-move (!) draw against Mickey Adams. If Mickey had blundered in search of victory it would have meant a defeat for England against Indonesia, since Irwanto Sadikin Thi (rated 2327) defeated Luke McShane (2671) in a mere 79 moves.

We can’t leave the men’s section without mentioning what some wags were calling the shock of the Olympiad so far, though… a second win for Anish Giri, this time against Yehuda Gruenfeld:

And also this tactic:

Just when Costa Rica’s Sergio Minero Pineda seemed to have everything covered, India’s Adhiban unleashed 47.Bf6!!, giving up the bishop on a twice-protected square. Sergio had nothing better than to take the offering with 47…Rxf6, when 48.Ra6+! was the point. Black resigned, since the pawn could only be stopped queening (in the short term) by giving up the rook.

That meant India were among 7 teams on a perfect 8/8 game points in the Open Section, while no less than 38 teams have won both matches so far in Baku. All the day's action was covered on the live broadcast, with commentary from GMs Illescas and Miroshnichenko:

The day’s giant killing happened in the Women’s Section, though, where, as Jan mentioned in his video, 46th seeds the Philippines scored a 2.5:1.5 victory over one of the Big 4 teams – Georgia:

The shocking thing was that it could have been an even more convincing win. On top board Janelle Mae Frayna took a draw in a better position against women’s Top 10 player Nana Dzagdnidze. On Board no. 2 Bela Khotenashvili went completely astray in what started as a better ending for her. 31…Ke6? was ruthlessly punished by Jan Jodilyn Fronda:

The job was completed by Catherine Secopito, who seemed to be tempting fate by pushing pawns in front of her king, but in the endgame she perfectly marshalled her pawns to victory while her teammates cheered her on from the sidelines. 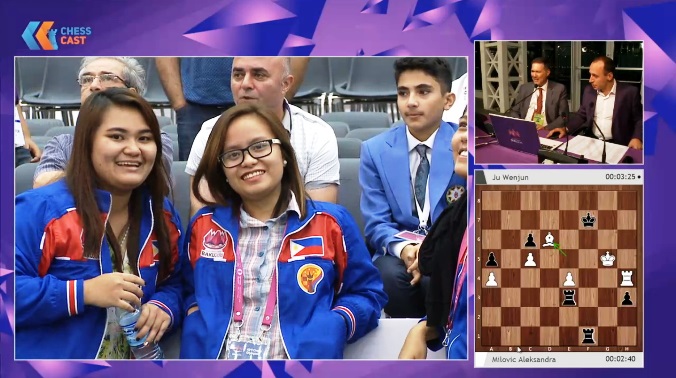 There were mild surprises elsewhere, such as Denmark and Estonia holding Bulgaria and Spain respectively to a draw, but none was as shocking as Harika Dronavalli losing a tricky but nevertheless won ending to Brazil’s Juliana Sayumi Terao. It seems Harika forgot her clock, though no great harm was done as India went on to win 3:1.

Only five teams – China, Russia, Lithuania, Italy and France – have a perfect 8/8 game points in the women’s section, though 20 have won both matches. 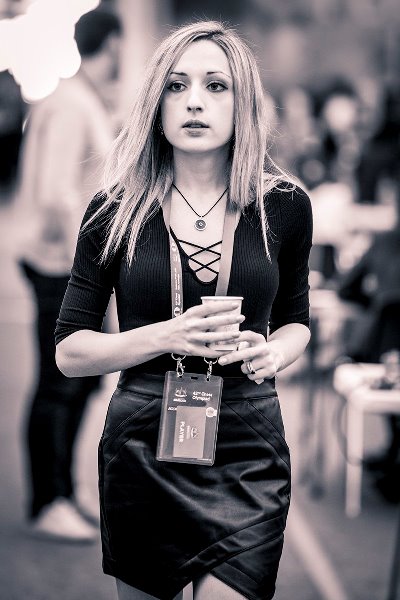 US Women's Champion Nazi Paikidze got the only win as the US team crept past Norway, earning a shot at title contenders Ukraine | photo: David Llada, Baku Chess Olympiad

The real action begins in Baku on Sunday, with Round 3 bringing up a whole series of big games. Just a sample:

In that last match-up former Russian player and team captain Bareev is playing for Canada, where he now lives, while Nigel Short plays Eric Hansen on bottom board:

In the women’s section Hou Yifan plays her first game in Baku, while Abdumalik – Stefanova down on table 16 pits a former against a potential future Women’s World Champion.

While almost everything at the Olympiad has impressed the participants, there have been issues with security (follow Ian Rogers on Twitter) and there seems to be a consensus that in some areas the anti-cheating measures have gone too far. Judit Polgar has launched a petition against the requirement for players to inform arbiters about visits to the toilet, with many of the team captains and players already signing:

It remains to be seen if the rules can be changed during the event. Silvio Danailov perhaps went some way to making the case for his opponents:

Though Angelina Kontini has some considered arguments here.

And so that’s all on Day 2… ideally this report would end like this!

You can also follow the games on our free mobile apps: