Aulin-Jansson: “Wake up, and start caring for our FIDE”

Norwegian Chess Federation President Jøran Aulin-Jansson has written an open letter giving his reflections on the recent Chess Olympiad and World Chess Federation (FIDE) elections in Tromsø. In particular, he bemoans the large proportion of European chess federation delegates who voted for long-standing FIDE President Kirsan Ilyumzhinov, claiming only a handful had the best interests of chess in mind. 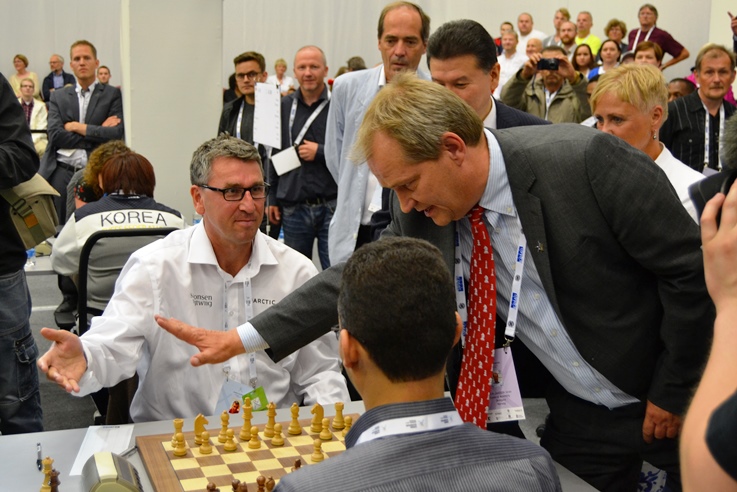 Jøran Aulin-Jansson, who was a candidate for European Chess Union Deputy President on Silvio Danailov’s ticket, addressed his letter to chess players:

As president of the Norwegian Chess Federation, I have a lot of impressions in the aftermath of the Olympiad and, especially, the elections in Tromsø that I would like to share with you, dear chess player.

First of all, I would like to express my deepest condolences to those who were close to Kurt Meier and Alisher Anarkulov, who tragically passed away during the event. Second, I congratulate China and Russia for their victory in the Open and Women’s sections.

Although the Olympiad turned out to be far from our dreams when we got it in Khanty-Mansiysk four years ago, I hope the majority found the trip worthwhile. I will not go into details, but I found some of the criticism fairly agreeable. We also got a lot of praise, and that makes it all better again.

Let me start my comments on the election with stating that I am not a sore loser. But I think we now have all become… well, not sore, but losers anyhow.

Although there are some good people within the leadership of FIDE, I was, and still am, convinced it is time for a change. Many of those in leading positions have been there for decades and cannot run from their responsibility for the state of things today. FIDE is not in the condition one would expect from a sport that engages millions and millions of people around the whole world. FIDE’s budget is 2-3 million Euros per year and we struggle to find organizers for our most prestigious events. We have been around for 90 years, and it’s not rocket science that will take us to paradise. It’s hard and honest work for the benefit of FIDE and for chess, not for personal benefit.

Let’s quickly compare FIDE and chess with another organization and sport, IBU, the International Biathlon Union, established in 1993 and so a relatively young sport. Compared to FIDE, they have a fraction of the members and a fraction of the followers. Still, they enjoy a yearly income of more than 20 million Euros from corporate sponsorship! And there is fierce competition among countries to organize events…

So, for this and many other reasons it is clear that we as an international sports organization could have done a lot better. But as long as 110 delegates and proxy givers think otherwise, what to do? I am very doubtful that all of those who voted for Mr. Ilyumzhinov did this with a conviction that is was for the benefit of chess.

I know some of you might say: We cannot vote for Garry. He is arrogant, he does not care about us, he cares about politics, or he is too aggressive, too direct, too honest… 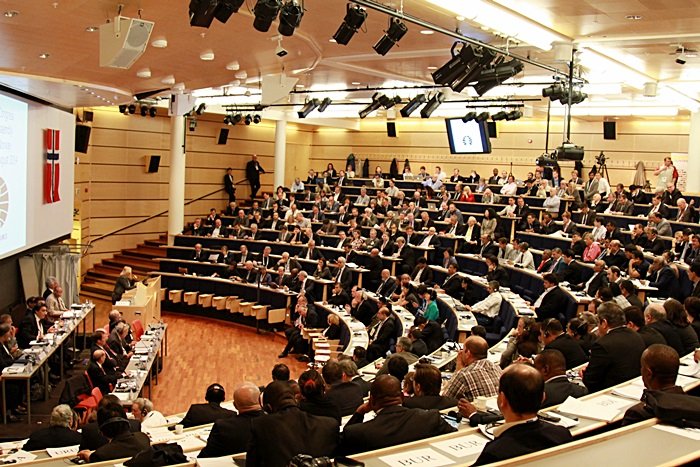 Well, maybe you are to some small extent right, but he would have delivered his promises and done much for chess and your federations. Instead, we now have an empty promise of 20 million USD from Mr. Ilyumzhinov. Allegedly 19.5 of them have already been invested in a chess in school project. We all heard that in the General Assembly, some of you laughed out loud, but still voted for this!

Europe has in the past elections always been the threshold of opponents to the incumbent leadership of FIDE. According to Mr. Huba, more than 80% of all organized chess activity happens in Europe. So, of course we are pushing for an improved and developed FIDE.

I cannot claim that I know who voted for whom, but I do have a rough idea with regards to the choices made by the European delegates. More than 30 delegates/proxies favored Mr. Ilyumzhinov.

That’s a number that deeply saddens me!  Of course, we should assume that some of these actually voted for Mr. Ilyumzhinov with the motive best for chess, but not more than a handful of them. I cannot understand how the other delegates happily sacrifice the development of chess for their own benefit. It’s a disgrace, and I hope they will be challenged for their deplorable actions.

Corruption and nepotism are easy to shout but difficult to prove. I will not speculate whether this has happened or not, but I cannot rule this out. For those of you with a particular interest in this subject, and I hope you are many, ask your delegate who they voted for, and why. It should not be up to the delegate to vote any way he or she pleases. They should reflect their federations’ true will.

Another interesting source of information is to look among the names of the people who either were appointed by the president of FIDE, or elected by the delegates/proxies to important positions in the power structure in FIDE, all with support from the incumbent administration.

On behalf of Europe, I am truly embarrassed and disappointed. As a paying member of a European chess federation, wake up, and start caring for our FIDE.