At what age are chess players at their peak?

One of the most famous examples of longevity in top-level chess is Vassily Smyslov reaching the Final of the Candidates Matches against Garry Kasparov in 1984. Smyslov turned 63 during the match, while Kasparov celebrated his 21st birthday on the last day of the confrontation — three to one age odds! 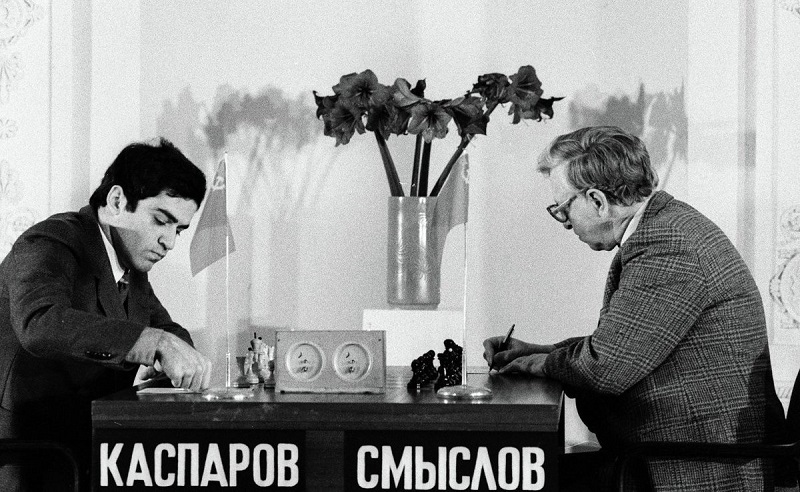 Nowadays, when you're not a Grandmaster at 14, you can forget about it.

If you like following live top chess events, such as the Champions Chess Tour, or other high-profile tournaments, you have probably noticed that the commentators often mention how old the competitors are. They draw parallels between the players' ages and FIDE ratings and make some conclusions on the participants' prospects. Professional chess is a tough race: you have to stand out from the crowd as early as possible to make it into the elite circuit of regulars who frequent all the most prestigious events in the world.

Having access to modern technology, especially the top engines that are getting closer and closer to playing perfect chess, allows kids to progress more quickly than ever. Currently, the record for being the youngest Grandmaster is held by ex-challenger Sergey Karjakin, who obtained the highest chess title at the age of 12 years and 7 months. When the feat was achieved back in 2003, it seemed like it would hold forever. Now we can't be so sure. In May 2021, 12-year old American chess prodigy IM Abhimanyu Mishra earned his second GM norm. He's already crossed 2500 and now needs just one more GM norm to break Karjakin's record — he could even do it within days, as he started with 2/2 in his latest tournament.

That being said, the older generation is not giving up just yet. Of course, nowadays it is not possible to be a World Chess Champion at age 58, like was the case with Wilhelm Steinitz. Nevertheless, in 2012 the chess crown was at stake in the World Chess Championship match between Viswanathan Anand (42) and Boris Gelfand (43). Moreover, 44-year old Anand won the Candidates Tournament in 2014. Such motivational stories prove that certain unique people are capable of performing brilliantly at age 40+. Still, if we look at the current Top 10 of the FIDE list in classical chess, all the players there are either in their 20s or 30s. The youngest is Anish Giri (26), while the oldest is Levon Aronian (38).

What age are you supposed to reach your peak in chess? The answer to this question depends on such personal qualities as physical and mental health, motivation, tournament experience, and numerous other factors. Many chess experts believe that most top chess players peak somewhere around age 35-40. For instance, this figure is given by GM and Doctor of Science in Psychology, Nikolai Krogius.

As usual, a lot depends on the definitions. If we mean relative strength, e.g. becoming the World Chess Champion, then quite a few people have achieved this feat in their 20s. Some of the names that come to mind are Garry Kasparov (22), Magnus Carlsen (22), Mikhail Tal (24), Anatoly Karpov (24), Vladimir Kramnik (25). However, in terms of absolute playing strength, all of them kept improving their play even after winning the World Chess Championship. Notably, Mikhail Tal, the youngest ex-WCC in the history of the game, used to say that he would have crushed "Misha Tal-1960" had he played the young version of himself at a later stage. In other words, he was getting better as a chess player, but the competition was progressing at an even faster rate.

In case you are interested, here are the ages at which some of the Classical World Chess Champions reached their rating peaks (let's leave rating inflation out of the discussion, since this topic tends to cause holy wars):

As you can see, with a few exceptions, some of which will be explained below, pretty much all the World Chess Champions peaked rating-wise somewhere between 34 and 43.

Please note that Mikhail Botvinnik, Vassily Smyslov, and Tigran Petrosian were probably past their primes when the Elo system was introduced. Also, we don't know what heights Bobby Fischer could have reached had he not quit chess at a young age. And Magnus Carlsen is an active player who has all the chances to improve on his personal best in the future. The easiest way to track his progress (or decline!😅) is to take on the reigning World Chess Champion in the Play Magnus app, where you can play against his AI clone at any age you like. 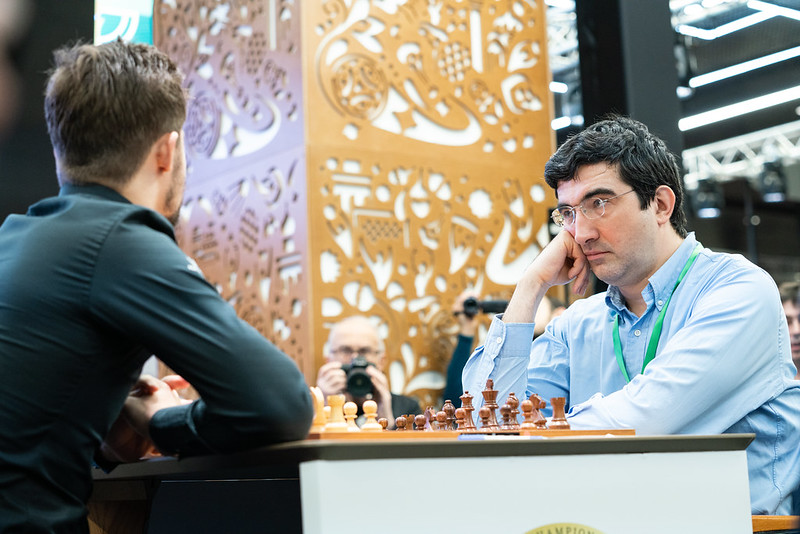 It is common for professional players to retire somewhat prematurely due to burnout, loss of motivation, financial problems, failure to progress, and other similar reasons. For amateur and semi-pro players, age is less important because most of them have by far not exhausted their potential for improvement. Hence, if you are a bit older than 35 and haven't played chess professionally since early childhood, your age should not worry you too much chess-wise. For example, compared to pros, amateurs usually build up experience much more slowly since they don't play as many games per year. Consequently, it is not unheard of for some people to take chess seriously and improve their personal bests even in their late 40s and 50s.

Last but not least, you can let go of the Elo trap at any age and enjoy playing chess! It is such a great game, after all, so good luck and have fun!