World no. 2 Levon Aronian was many people’s favourite to win the recent Candidates Tournament and qualify for a World Championship match against Magnus Carlsen. Instead the Armenian star finished in a hugely disappointing 6th place. In a recent interview he explained what went wrong and gave his predictions for the upcoming Carlsen-Anand rematch. 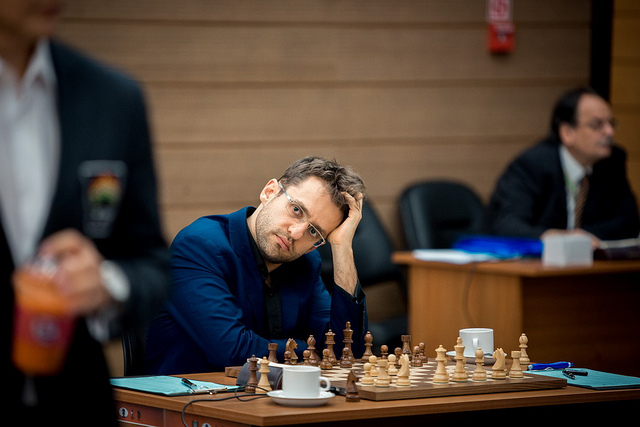 Although Aronian started the Candidates Tournament in the worst manner possible — losing to Viswanathan Anand — after seven rounds he’d fought his way right back into contention, sharing the lead with Anand on 4.5/7. As the first tiebreaker was the mini-match between the players, however, their Round 8 encounter was absolutely crucial — and that’s where Aronian felt everything went wrong…

Aronian was talking to Zhanna Pogosyan for the weekly Chess in Armenia magazine (the text is available as a Word document on the Armenian Chess Federation website). We’ve translated some of the highlights below:

Levon, the tournament is over, but the reason for your failure remains a mystery to many. How do you explain it?


It’s hard to explain, but in short: I simply wasn’t able to get my kind of positions, where I could demonstrate my best qualities. There’s little positive to take from the tournament as I didn’t play well and now won’t be able to fight for the World Championship for another two years. On the plus side, though, there’s going to be plenty of time to prepare properly. To win such tournaments you need to do a lot of work. Khanty-Mansiysk was a lesson for me, because experience of such strong tournaments is very important.

My main mistakes happened during the second game against Anand and in the last two games of the tournament. During the 13th and 14th rounds it was already clear that it wasn’t to be, and I didn’t play my game. I can’t say I played badly, but there were just some simple things I didn’t notice, although they should have been obvious to me.

As for Anand, I was affected by the second game against him. I don’t think the loss in the first round had any influence on me, but in the second I made a strategic mistake. 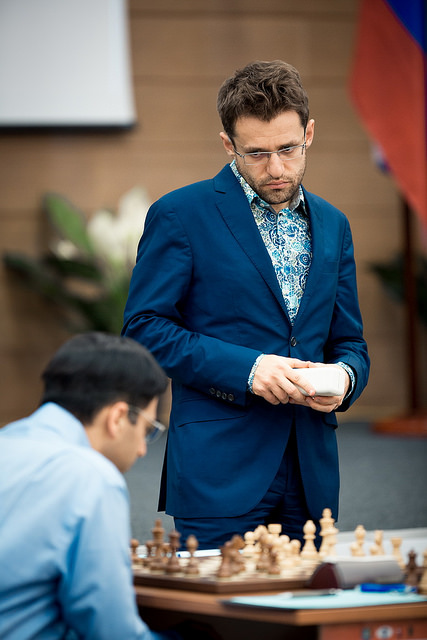 Aronian-Anand in Round 8 — the game on which Levon felt his tournament turned | photo: Kirill Merkuriev, Candidates website

You’re talking about the move 3. Qb3, which you told journalists occurred to you in a dream?

I played that move in the hope it would be an interesting game, and so it proved, as the position really was quite remarkable, but at some point, I don’t know why, I thought my position was bad. I really regret not taking a risk, as a draw was equivalent to a loss for me in that game. It was a moment in the tournament when I should have gone all out and been willing to sacrifice, but I failed to sense the importance of the moment and then it was already too late. I should have gone ahead without a second thought, but during a tournament it always seems as though you’ve still got time to be cautious rather than take risks which may end badly. I should have realised that, but instead my strategy for approaching the tournament started to go completely wrong from that point onwards.

Despite Aronian's extra pawn the players drew by repetition in this position after 19.Nd2, much to the amazement of many observers.

And what was the root cause of your mistakes: tension, your physical and mental state or perhaps the city itself?

I don’t think tension played a role, as everyone was tense. I really like playing in Khanty-Mansiysk and during the tournament the local Armenians supported me in every way and did all they could to help me play well. My physical form was also good, but mental issues did hinder me — I was thinking about things far removed from chess. There were exclusively chess mistakes as well, though — in terms of strategy. I always try to think of different ways to approach tournaments and games, but overall I wouldn’t say I played badly. During the last two games I was angry at myself for my previous mistakes, but apart from those two games I didn’t play badly. Or to be more precise: I played badly, but not too badly (smiles). 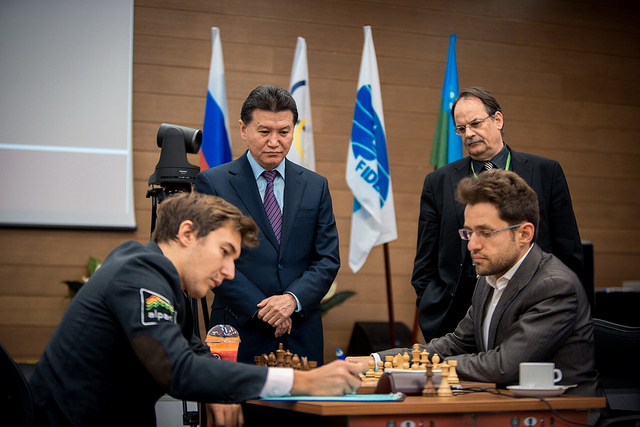 Did you expect Anand’s victory? Did you consider him a strong rival before the tournament began?


No, I didn’t expect him to play so well as it seemed he’d face too many problems. However, it can happen that someone who’s lost something precious — in this case the World Championship throne — relaxes and starts to play more freely. Before the tournament I considered Kramnik my main rival.

Who do you think will win the Anand-Carlsen clash? And whose victory would suit you more?

I think Carlsen will nevertheless win. As for suiting me, it would be better for me if one fine day both Anand and Carlsen quit chess (laughs). But this is all a long way off. First I have to work on myself and then get through the qualifying stages. Of course I’m an optimist, but you have to live with reality.