On Thursday, 7 May 2020, chess24 will live stream the Challengers Choker Cup, a new “Mixed Mind Sport” event that merges the brilliance of chess with the cunning of poker. The event brings together eight of the world’s best-known chess and poker players to compete in knockout matches for the right to take on 5-time US Chess Champion Hikaru Nakamura in the final and lift the trophy. (See an interview with Hikaru and Jan Gustafsson discussing chess, life and choker here) 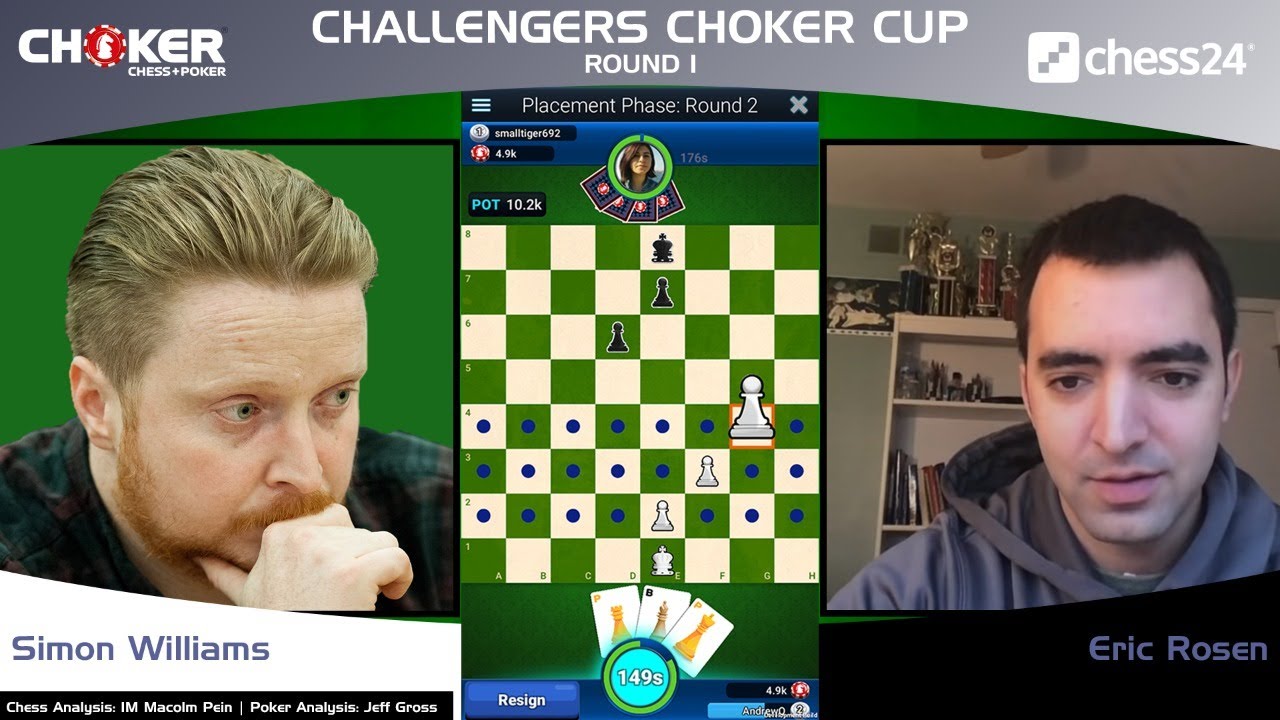 The event has attracted a stellar line-up which includes high-stakes poker player Bill Perkins of the USA; FIDE Woman Master, Alexandra Botez of Canada; and international poker player, Matt Staples of Canada. Who will win? What skills are more important? Some of these questions will start to be answered on Thursday May 7 when IM Eric Rosen of the USA and GM Simon Williams of the UK clash in the first tie of the tournament. Both have played Choker before, but not in tournament conditions and not with so much at stake. 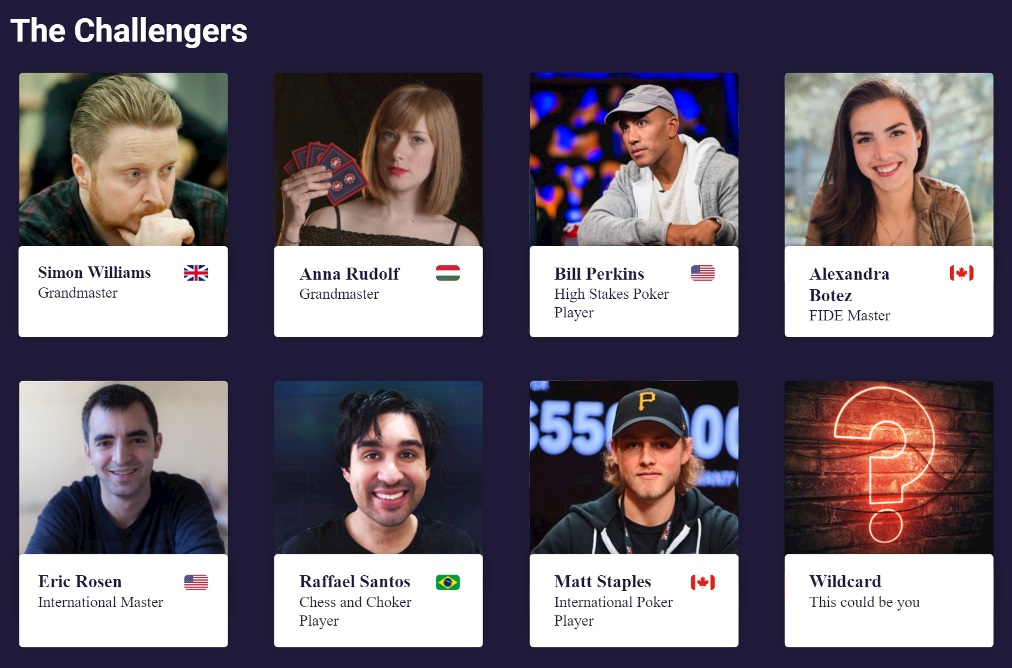 Chess runs through the game of Choker, but the dynamics are different. The Choker board, for instance, starts with just the kings (in their normal positions) with a pawn in front them. Then the game moves through three distinct phases, each demanding hugely different skill-sets.

In the first phase players bet on the five chess cards they receive. These cards can change in value, just as they can in poker, by getting for example a full house of chess cards (or an “Empress” as it’s called in Choker). In this phase you need bluff, cunning and cool calculation.

In the second phase players must place their five chess pieces on the board. There is immense skill in this phase as the pieces do not have to go to their normal starting positions - in effect, creating a whole new opening theory. There are, in fact, over 82 trillion starting positions in Choker, compared to the one in standard chess. Players take it in turn to place the chess pieces shown on their cards. Selecting the right squares to protect their king, but also be ready to strike, is an art.

Finally, when all the pieces are on the board, it’s chess – all the normal rules apply. Choker essentially drops you into an endgame scenario with the clock ticking. The result is a high tempo, high pressure and high drama game.

Anna Rudolf explains how to play in the following videos:

chess24 has exclusive live coverage with expert commentary and analysis provided by IM Malcolm Pein and poker expert Jeff Gross. You can set a reminder to grab a front row seat and watch the match live-streamed here.

Matches will happen every Thursday from May 7 to June 25 on chess24 at 4pm EST, 9pm BST and 10pm CEST. You can see the full line-up of players and playing schedule here.

This Challengers Choker Cup is for entertainment and just for fun. No real money is risked or won.