On Saturday July 18th, Mtskheta, Georgia was the setting for a fairytale wedding between the world no. 6, Anish Giri, and our chess24 star Sopiko "Miss Tactics" Guramishvili - we didn't check her exact position on the world rankings since for us she'll always be number one! The event, as you would expect, was attended by a host of top players. Our Spanish editor, David Martínez, was also there and sent the following report complete with some great photos and videos. 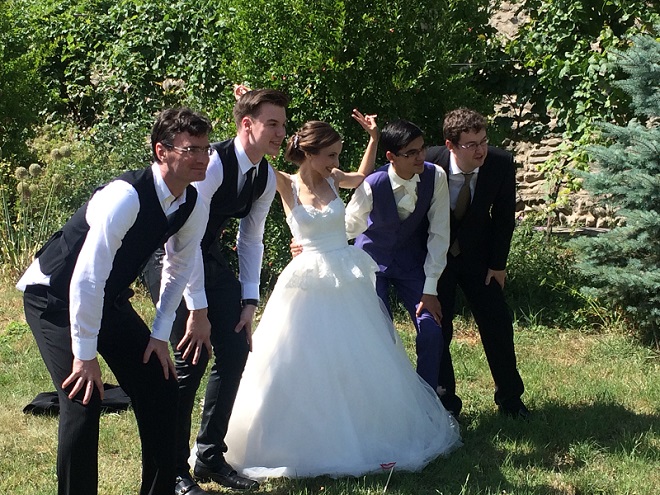 The bride and groom accompanied, from left to right, by Loek Van Wely, Robin Van Kampen and Erwin l'Ami

After having a whole day to verify the truth of the great things I'd heard about the Georgian capital Tbilisi and, in particular, Georgian food, the day of the big wedding arrived. It took place in Svetitskhoveli Cathedral in Mtskheta, a fittingly idyllic place to start a romantic life together.

The ceremony was quite different from anything I was used to in Spain. I filmed a video of the key moment, which started me wondering whether Anish Giri will again be crowned in future, but this time by the FIDE President

As you can see, Erwin l'Ami played an important role in the ceremony, as did his lovely wife Alina - as a photographer!

Alina wasn't the only photographer at work at the wedding, though... 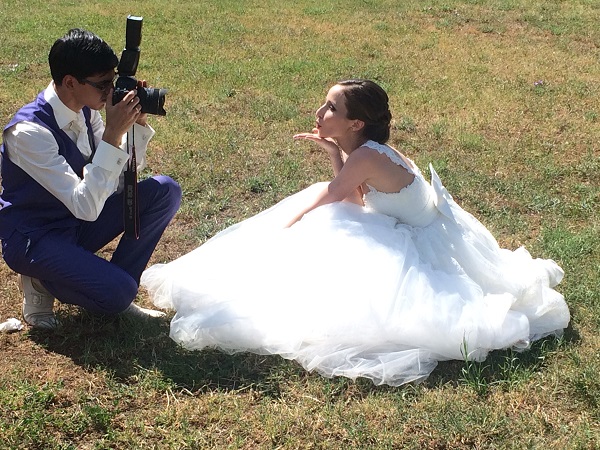 With all due respect, Sopiko clearly has a favourite photographer!

The sumptuous banquet that followed took place in "The Chamber of Wine" where, as you might imagine, they served some truly fine wine. 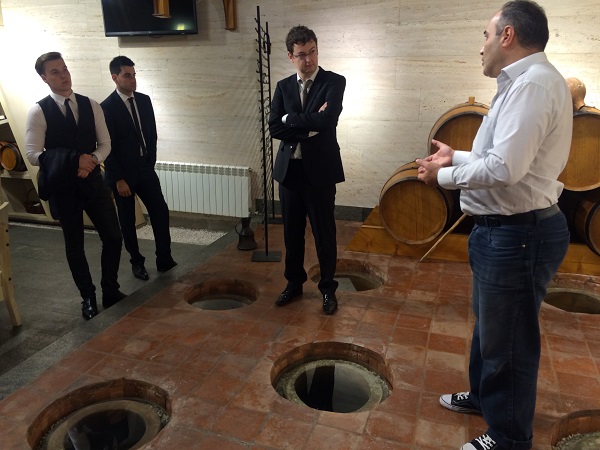 A pre-banquet explanation of the winemaking process. I must admit I didn't understand all that much, but the end result was exceptional!

Before the banquet a civil ceremony was celebrated on the restaurant's terrace. 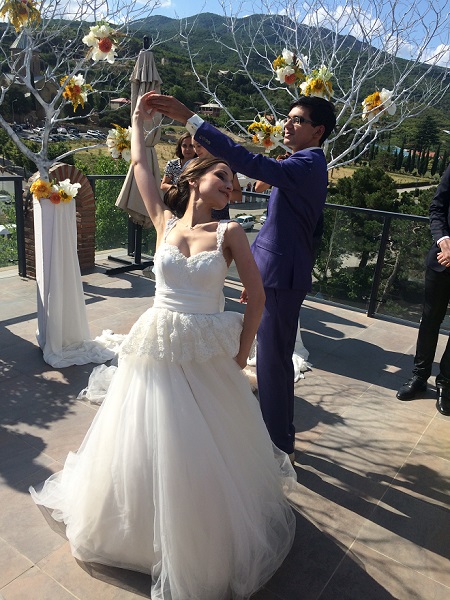 I also have a video of the first dance of the newlyweds, but I prefer to respect his honour :-)

I had the pleasure of sharing a table with much of the Dutch chess army: Loek Van Wely and Lorena Zepeda, Erwin and Alina l'Ami, Jan Smeets and Smaranda Padurariu, Benjamin Bok, Twan Burg, Rene Olthof and Anish Giri's great trainer Vladimir Tukmakov, accompanied by his wife. 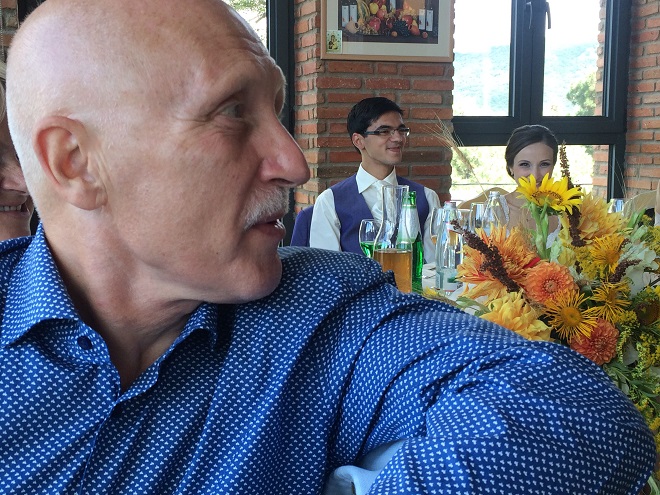 During the banquet there were all kinds of speeches, with best wishes for the newlyweds, jokes and numerous simultaneous translations. There were also several enjoyable dances - of a very high level!

One surprise was a nice video with congratulations from all over the world from some chess players of the very highest calibre! Highlights included greetings from World Champion Magnus Carlsen, the Muzychuk sisters, the Polgar sisters and, of course, the chess24 crew and Sopiko's "chess sister" Anna "Miss Strategy" Rudolf.

A fun party followed with good electronic music, so all that's left to add is... long live the newlyweds! 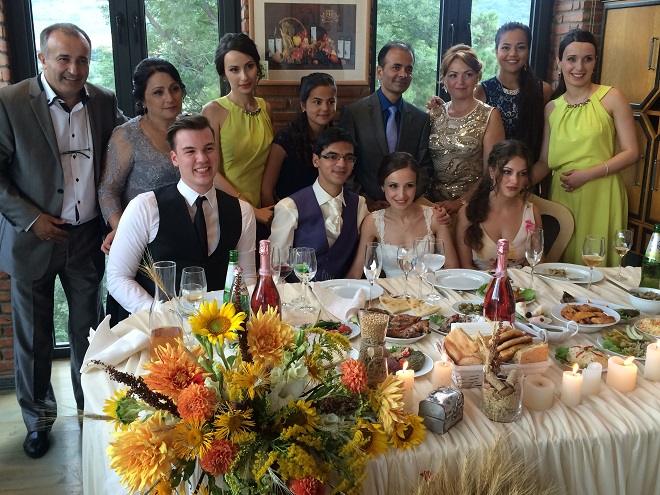