An Indian journalist in the post-game press conference began his question to World Champion Vishy Anand, “you played e4 to thunderous applause from the young chess fans in Chennai…”, but in terms of excitement it was downhill from there in Game 2 of the World Championship match. Magnus Carlsen surprised his opponent with his reply, Anand chose a cautious line of play and after only 25 moves the players had again drawn by repeating moves. As chess24’s GM Rustam Kasimdzhanov points out in his analysis, however, Carlsen’s choice would actually have been “a risky opening experiment” - if Anand had been ready for a sharp fight.

Although the chess in Chennai is yet to burst into life the anticipation around the match has long since reached fever pitch. 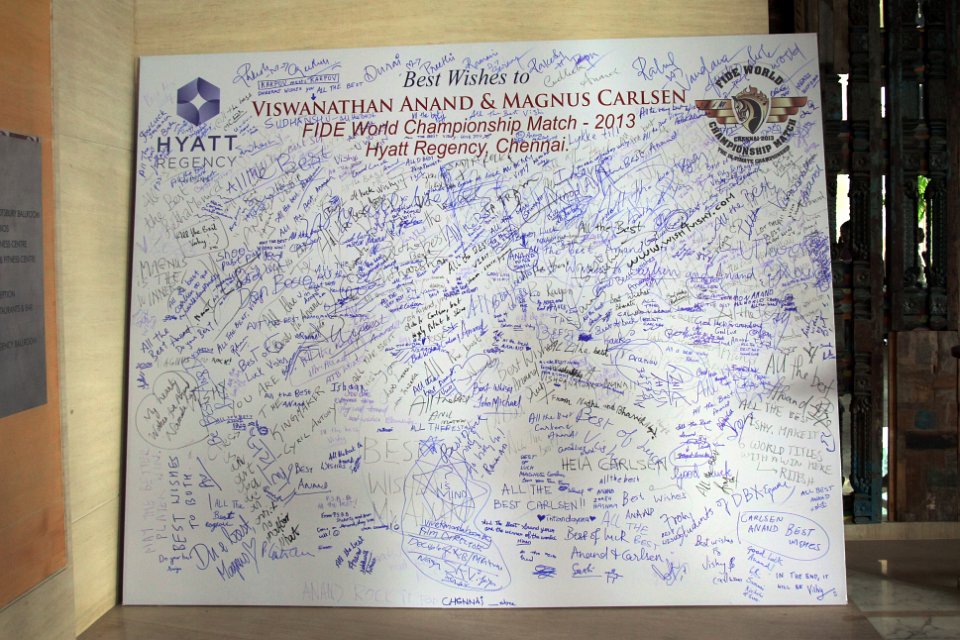 A Wish for Vishy website was set up before the event began and the “wishing wall” in the hotel has been deluged with messages of support for both players | photo: Anastasiya Karlovich 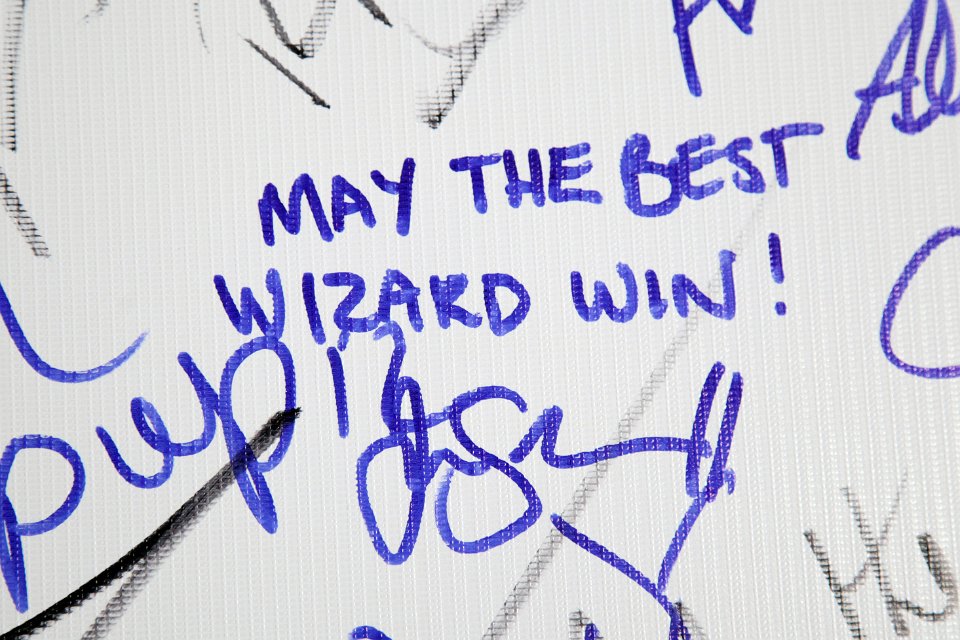 Garry Kasparov has a lot to answer for after he compared Magnus Carlsen to Harry Potter! | photo: Anastasiya Karlovich

Whether Magnus can match Vishy’s numbers with a billion Indians behind him is doubtful, but he’s gathered attention not usually devoted to chess players! 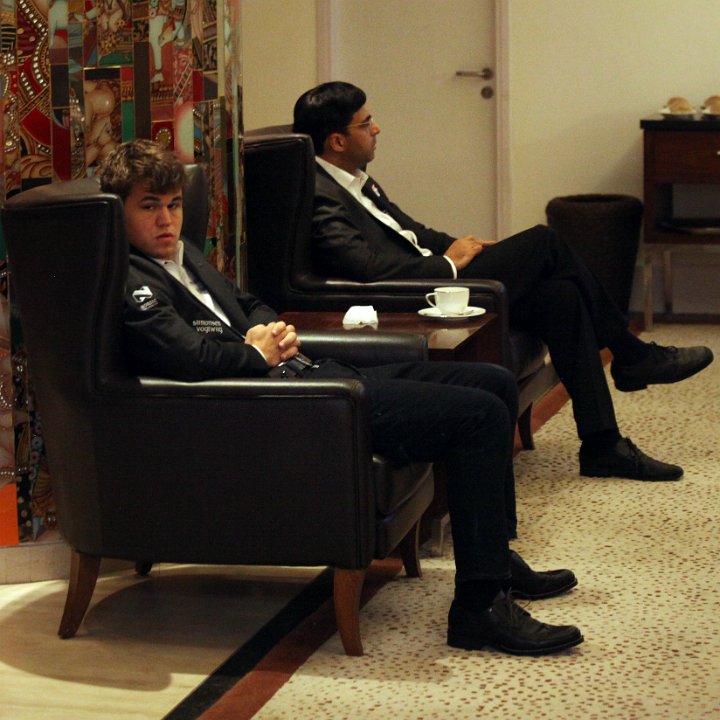 The atmosphere was of course a bit more staid in the Hyatt Regency Hotel in Chennai – how many sportsmen prepare like this for a critical encounter? | photo: Anastasiya Karlovich

The one place the studious atmosphere hasn’t taken hold is among the scrum of photographers fighting to capture the players’ expressions at the start of each game. 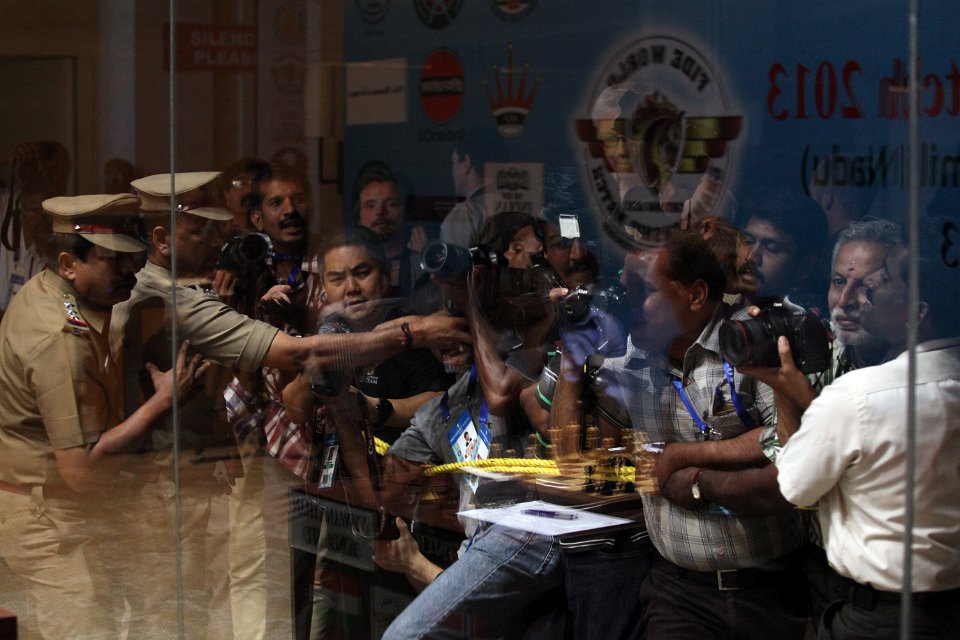 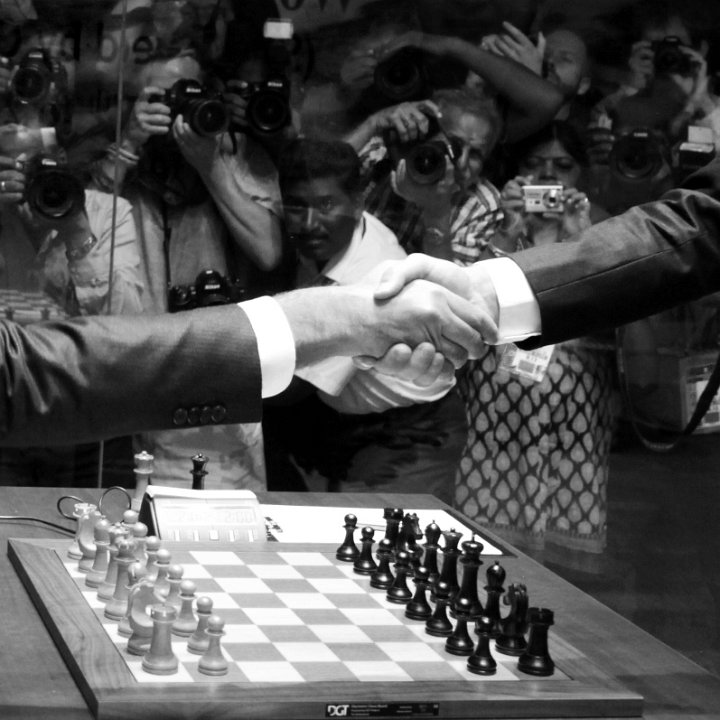 The pre-game handshake - destined to become one of the iconic photos of the match? | photo: Anastasiya Karlovich

chess24’s Rustam Kasimdzhanov knows exactly what a World Championship match means after being an integral part of Vishy Anand’s team for his three victorious matches. Who better, then, to point out exactly what was going on in an apparently bloodless encounter: 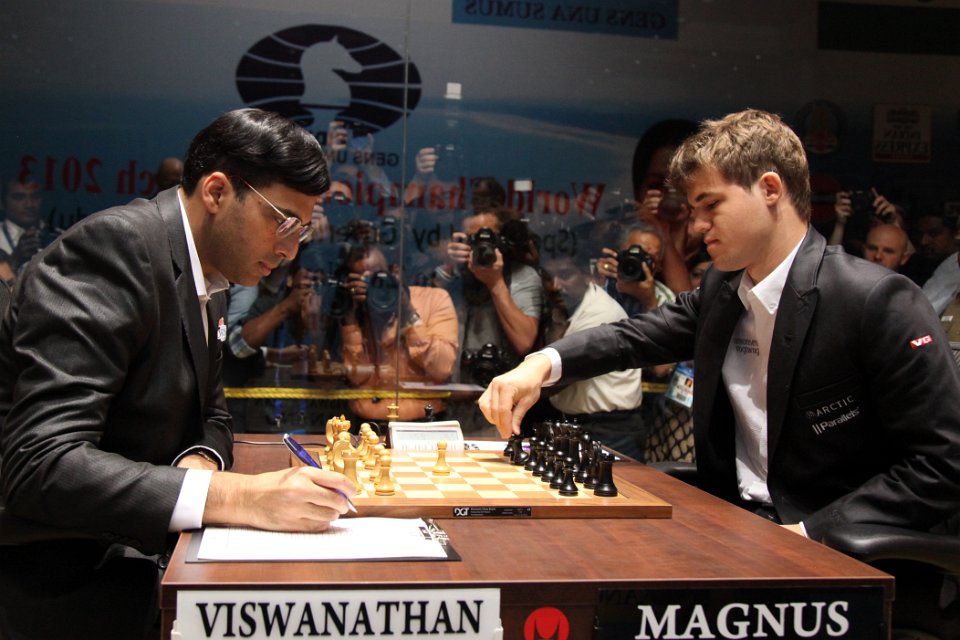 Sign of nerves? Magnus' c-pawn topples over as he plays his first move | photo: Anastasiya Karlovich

Definitely a surprise! After getting nothing with White in Game 1 Magnus shows some prep with Black. Curiouser and curiouser...

14... 0-0 15. ♘e4⁈ Clearly not the most aggressive approach... It seems Vishy isn't willing to take many risks at the beginning of the match. Kb1 or Qf3!? look far more critical. 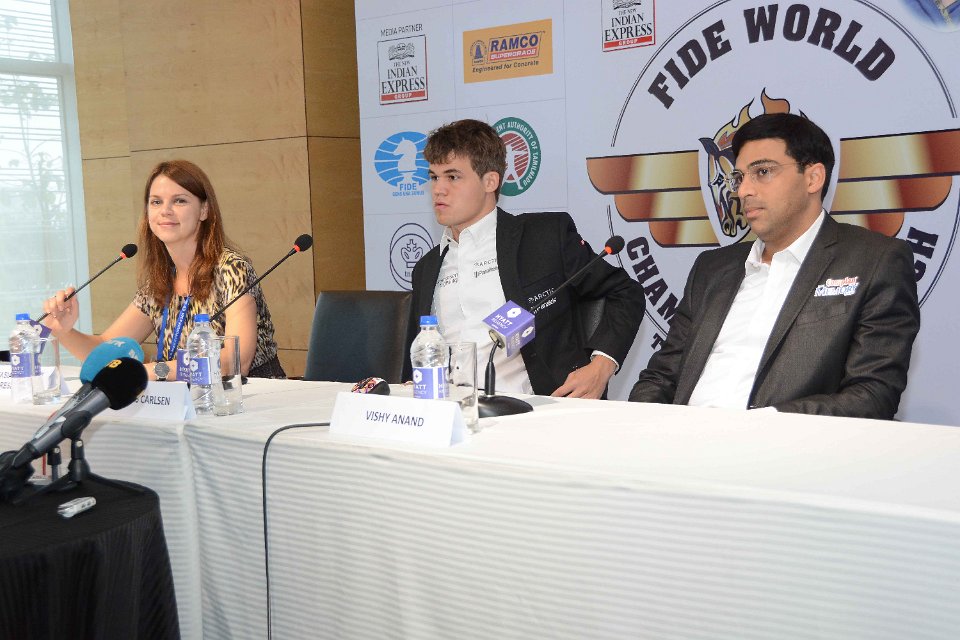 Anand: "I thought a lot about moves 13, 14 and 15 - I was trying to recollect all the sharp variations and trying to guess what he might be aiming for. That's how I decided to play 15.Ne4." | photo: JM Mahesh

c3) 16. ♗e3! White exerts some pressure and Black has to tread very carefully.

The reaction of chess fans to a second short draw at the start of the match was predictable:

Of course every cloud has a silver lining, as another top Indian grandmaster pointed out: 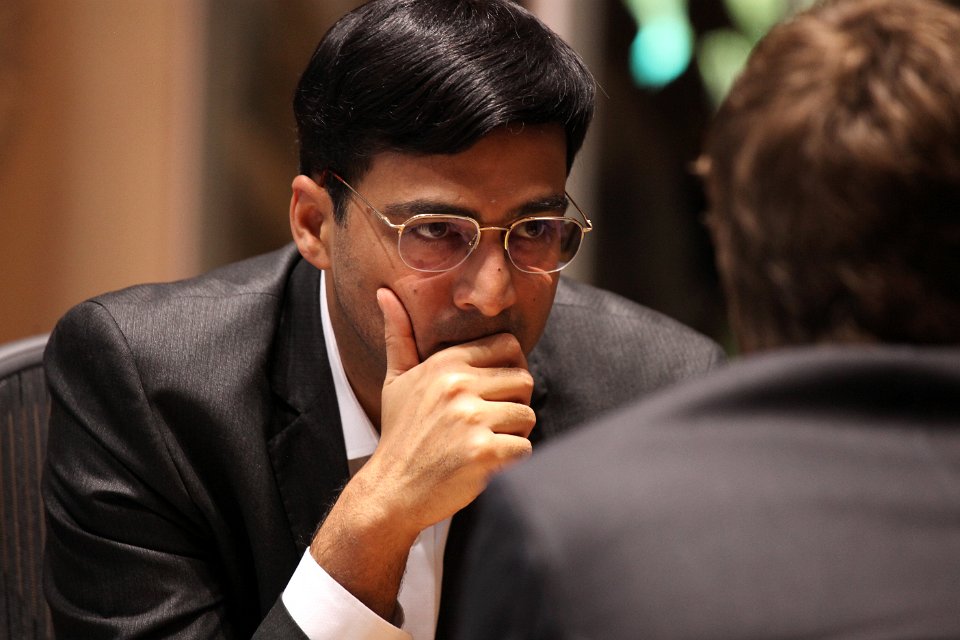 The press conference was mildly perplexing as Anand and Carlsen appeared to think a possible continuation to the game (18.Qg4 f5 19.Qg6) - suggested by both Rustam above and powerful computers - was bad for Black, but perhaps the most "memorable" moment was when the players were asked if they were going to watch the Arsenal - Manchester United football game that evening. Anand was but wasn't sure if he'd switch off his computers during it, while Carlsen replied in the off-hand manner we've become accustomed to from the young star.

Yeah, sure, now that you mention it.

Let's hope that after tomorrow's first rest day the players return in the mood for a real fight!