16-year-old Alireza Firouzja, the hottest of many very hot young talents in world chess, will be in Banter Blitz Cup action today when he takes on Ukrainian GM Mykhaylo Oleksiyenko for the right to play Famous French Legend Laurent Fressinet in Round 3. Both players will stream live in English while they play the best-of-16 match from 16:00 CET. We’ll also have more action over the weekend, with Kovalenko-Meier, Grandelius-Christiansen and Jones-Abasov to follow.

The story so far

You may have noticed that Alireza Firouzja has been busy lately – winning silver in the World Rapid Championship, coming close to spoiling Carlsen’s World Blitz Championship, threatening to win the Tata Steel Masters at the first time of asking and then actually winning the Prague Masters. That partly explains why he’s played just one Banter Blitz Cup match while some others have played three.

His Round 1 match was against 6-time French Women’s Champion Almira Skripchenko and the result was perhaps predictable (play through the games with computer analysis here):

You can observe how fast Alireza calculates and plays:

At least Almira did land one blow, however, with perhaps the best reaction of the match!

2016 Ukrainian Chess Champion Mykhaylo Oleksiyenko is less of a household name, and his Round 1 match against Russian former World Junior Champion Alexander Galkin was a real battle (play through the games with computer analysis here):

Oleksiyenko was a huge hit with chess fans, however, for his lively, instructive and often funny commentary:

The stand-out moment was the kind of checkmate we all want to land on the board:

The Round 2 match will, as always, be played in 3-minute blitz games with no increment (we may introduce an increment the next time round – call it the Gata rule!). It’s best-of-16, so if one player reaches 8.5 points they’ve won. If the match is tied 8:8 after the 16 games then the players play additional pairs of games until a winner is decided – first up to two pairs of 3-minute games, then after that they switch to 1-minute bullet games and keep playing until we have a winner. Jules Moussard and Karen Grigoryan hold the record for an epic 28 games, all of them decisive! 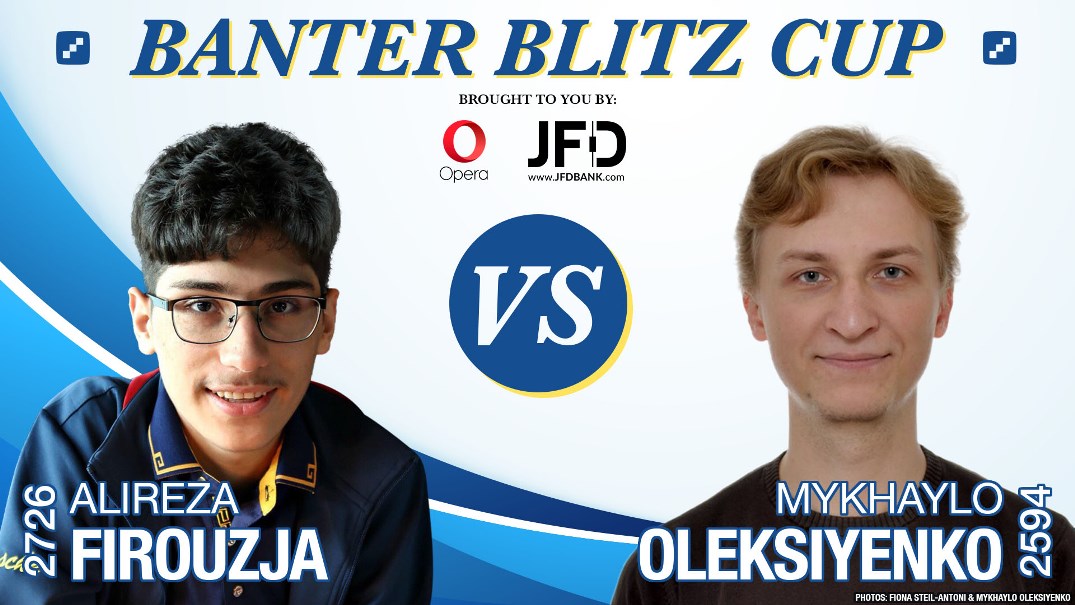 The winner goes through to Round 3 of the 128-player knockout, where their opponent will be our very own Laurent Fressinet. We’re certain he’s going to be watching the match closely since he’s planning to stream live commentary in French!

You can follow the players commentating as they play using the links below:

What else is coming up? 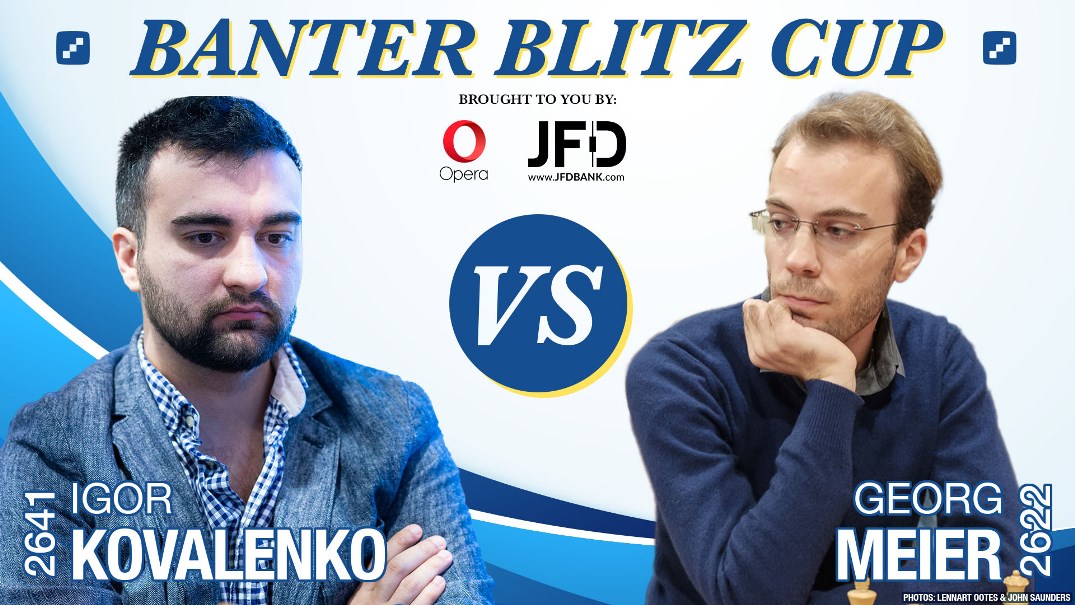 That’s not all, as there are three more matches over the weekend, all for a place in Round 4, or the Last 16, with the winners guaranteed at least $800 in prize money (the overall winner gets $14,000!). Here are the matches:

The winner of Grandelius-Christiansen plays the winner of Jones-Abasov. Check out the full pairings tree here.

We hope you’ll join us for what are sure to be some exciting matches, and if you want any more details check out our Banter Blitz Cup page.