Jorden van Foreest has won the Dutch Championship at the age of 17 after competing in the event only after the late withdrawal of his coach Sergei Tiviakov. Anish Giri was absent, but 7-time Champion Loek van Wely forced Jorden to win in spectacular style, with 5.5/7, a 2819 performance and some great games. 23-year-old Anne Haast won her third Dutch Women’s Championship in a row after a 5-game playoff with Iozefina Paulet. 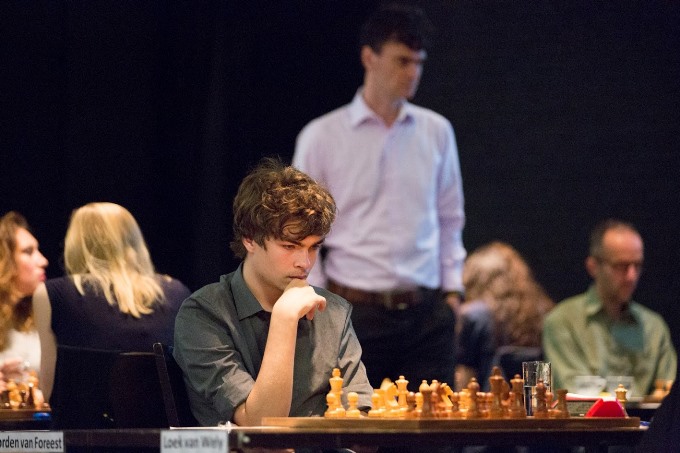 Who is Jorden van Foreest? Well, his greatest achievement until now was perhaps earning the respect of Radio Jan by winning this game

Arguably achieving the IM title in 2014 and the GM title in 2015 were significant too, with Jorden living up to a remarkable chess dynasty. His great, great grandfather Arnold van Foreest won the Dutch Championship three times in 1889, 1893 and 1902, while Arnold’s older brother Dirk van Foreest pulled off the same feat in 1885, 1886 and 1887. Jorden himself has four chess playing brothers (Lucas is rated 2393) and one sister, Machteld, who won the Dutch U10 Championship at the age of 6. Check out more about the family here.

Jorden is coached by Sergei Tiviakov, who decided to play in the Avicenna Open in Iran instead. Sergei finished 7th there after conceding a 5-move draw with the white pieces to Alexei Shirov in the final round, despite the fact a win would have seen him claim first place. Fortunately his student Jorden seems to be a real warrior on the chessboard, and couldn’t have made more of his chance to replace his coach in the Dutch Championship. 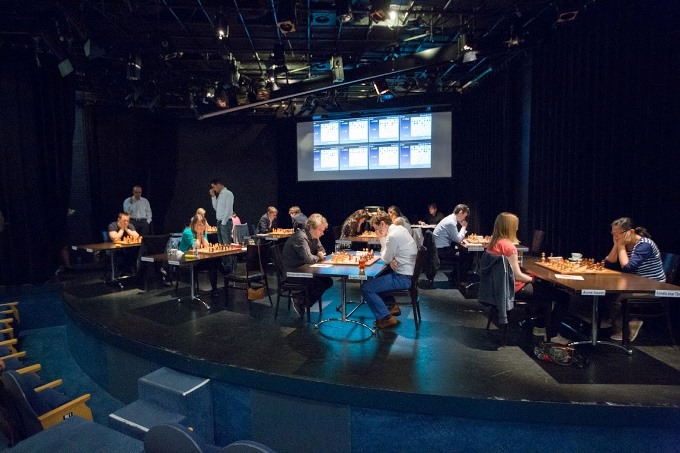 The impressive stage in the Tropentheatre in Amsterdam | photo: Harry Gielen, official website

You can play through all the games with computer analysis using the selector below, and note if you hover over a player’s name you’ll see all their games:

Jorden raced out of the blocks, scoring the only win of Round 1 with a crushing victory over the event’s second seed, Erwin l’Ami. In the Tata Steel Challengers in January Jorden had beaten Erwin l’Ami and then his young rival Benjamin Bok, and he did the same in Amsterdam, after adding the scalp of Erik van den Doel in Round 2. With three wins in three it was understandable that Jorden was feeling confident, but even though he pushed too hard and lost to Dimitri Reindermann in Round 4 that was still a game with touches of brilliance about it. First Jorden sacrificed an exchange on e5 on move 15, and then he was willing to sacrifice more material (temporarily):

Do the Netherlands have a new chess superstar? | photo: Harry Gielen, official website

Jorden didn’t let that dampen his spirits, though, and got back to winning ways against qualifier Sipke Ernst in the following round, until the big showdown in Round 6. With two wins and three draws, Loek van Wely was only half a point behind, and he came very close to beating and overtaking his young rival:

Jorden was balancing on the edge of the abyss, with the knights ready to pick off his weak pawns, but he gritted his teeth, found the only defence 50.Kh1! and managed to eke out a draw.

That wasn’t the end of the drama, though. In the final round Loek van Wely managed to win using sheer will power:

25.Rxb6! This exchange sac doesn’t change the objective assessment of the position (drawn, or even slightly better for Black), but it meant the d4-pawn survived to fight another day, and after a slip five moves later the pawn was unstoppable and won the game. 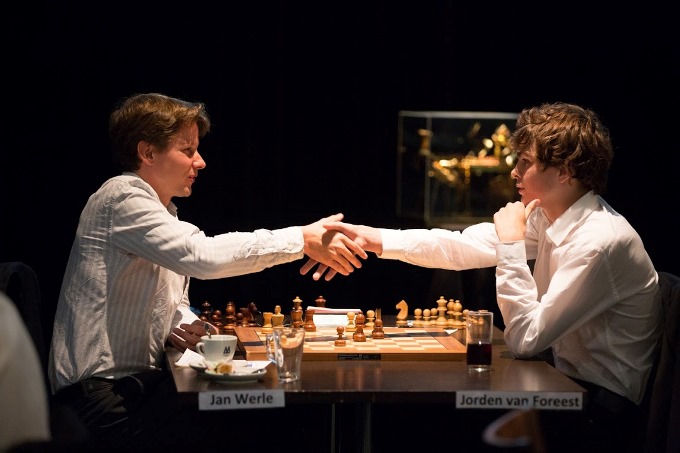 If Jorden was feeling the pressure he didn't show it against his final round opponent Jan Werle | photo: Harry Gielen, official website

That meant all the pressure was on Jorden, but he played perhaps the most crucial game of his young life so far absolutely perfectly. He played the King’s Indian Defence, allowing the 2015 Dutch Champion to quip:

Jorden borrowed a move from Fabiano Caruana’s playbook and had his opponent thinking on move 5, while he first used up more than seconds himself on move 17, when he already had a comfortable edge.

17…Be5! 18.Rf1 f4! was worth the time invested, and ultimately he was up a pawn with great winning chances. There was still plenty of room to go wrong, but Jorden stuck to his task and was able to end by weaving a mating net. A truly impressive tournament!

The only sour note for Jorden is perhaps that the event came too late to alter the Dutch Olympiad team for Baku:

Jorden will instead return to his school books and says he’s still to decide whether he’ll go on to become a professional player – a few more tournaments like the 2016 Dutch Championship and that shouldn’t be a very tough decision. 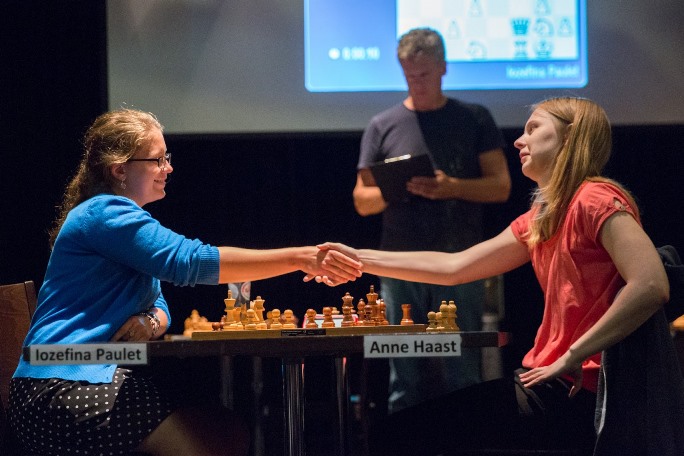 The women’s event had a predictable outcome – Anne Haast won for the third year in a row – but an even more thrilling conclusion. Although Iozefina Paulet had lost to Anne in Round 2 and lost again in the next round, she then stormed back to win her next four games and force a playoff. Anne and Iozefina traded wins in the first four extra games, until Anne finally won a convincing game with the black pieces in the first sudden-death game.

You can replay all the women's action below: 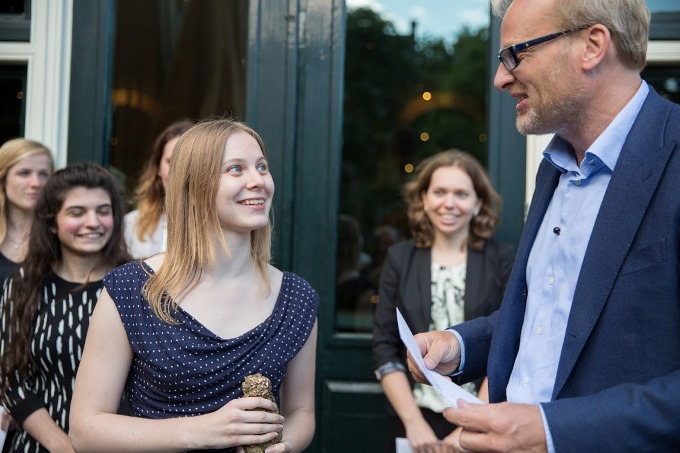 Anne plays on second board for the Netherlands at the Olympiad, with Chinese born 48-year-old GM Peng Zhaoqin on top board. Anne has some way to go to match her teammate, who won the Dutch Championship 13 times, including for 12 years in a row from 2000-2011.