With just over six months until the World Championship between Magnus Carlsen and Ian Nepomniachtchi starts in Dubai, the reigning champion says he is '100 % motivated' and has mentally started to prepare for the long-awaited match. The 30-year old also hints he has started the hunt for a new team of seconds that will help him prepare. 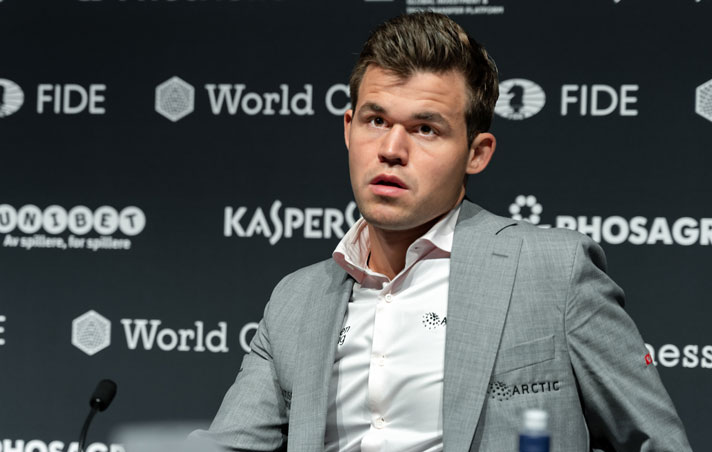 More than three years after he celebrated his fourth win in a World Championship match, Magnus Carlsen will take on Ian Nepomniachtchi for the title | photo: Niki Riga

Magnus Carlsen currently has the FTX Crypto Cup, the sixth event on the Meltwater Champions Chess Tour, as his main focus. But with the Candidates finally completed and Ian Nepomniachtchi crowned as the challenger, the Norwegian star has mentally started to prepare for the match.


Carlsen spoke to VG's Ole Kristian Strøm in Oslo last week after an appearance at the Norwegian Parliament, where he was lobbying politicians in an attempt to change the national gambling laws. He said of the match:


I have already thought a lot about it. I can't say what, but I will do things a bit differently than before. I have several ideas about what I can do better, but I can't disclose what that is until after the World Championship.

Now the focus is on the eagerly-awaited World Championship match against his Russian friend, who he first faced in youth championships all the way back in 2002.

Nepomniachtchi still has a plus score in classical games, with 4 wins to 1 loss.

When we face each other this autumn, it will be 19 years since we met the first time, so it's something special. And yes, my score against him is bad. Even in games from 2011 onwards, he leads 2-1. So I do think about turning this around to a positive score during the match. 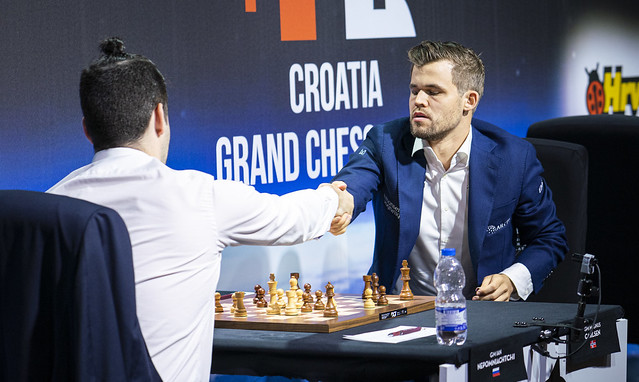 The two have enjoyed a good relationship for years. The relationship is so close that Nepomniachtchi has on occasion worked as a second for Carlsen. Before the London Chess Classic in 2012, the Norwegian was disappointed when Nepo was denied a visa to the UK and had to do the job from home.

That was not an issue during the 2014 World Championship match in Sochi, when Nepomniachtchi and Vladimir Potkin were already present for a training camp in the same hotel. Preparing for the sixth game, the duo accepted an invitation to visit Carlsen's €1,600-a-night suite and were key in preparing a Siclian variation in the sixth game that was won by the Norwegian.

It's super-exciting to face Nepo. I couldn't have asked for a better opponent. He showed his level in the Candidates. That's why it will be very interesting from a sporting point of view. In addition, he has an exciting style, plus the fact that we have known each other for so long.

While it's clear that Peter Heine Nielsen will remain his lead second, the reigning World Champion reveals he is expecting to have a new team of seconds this time.

This time there will be some new people around him.

In the past Carlsen has worked with Jon Ludvig Hammer, Laurent Fressinet, Maxime Vachier-Lagrave, Michael Adams, Pavel Eljanov, Pentala Harikrishna, Daniil Dubov, Sam Shankland and Jan Gustafsson. Even Ding Liren has worked with Carlsen, although not before a World Championship match. 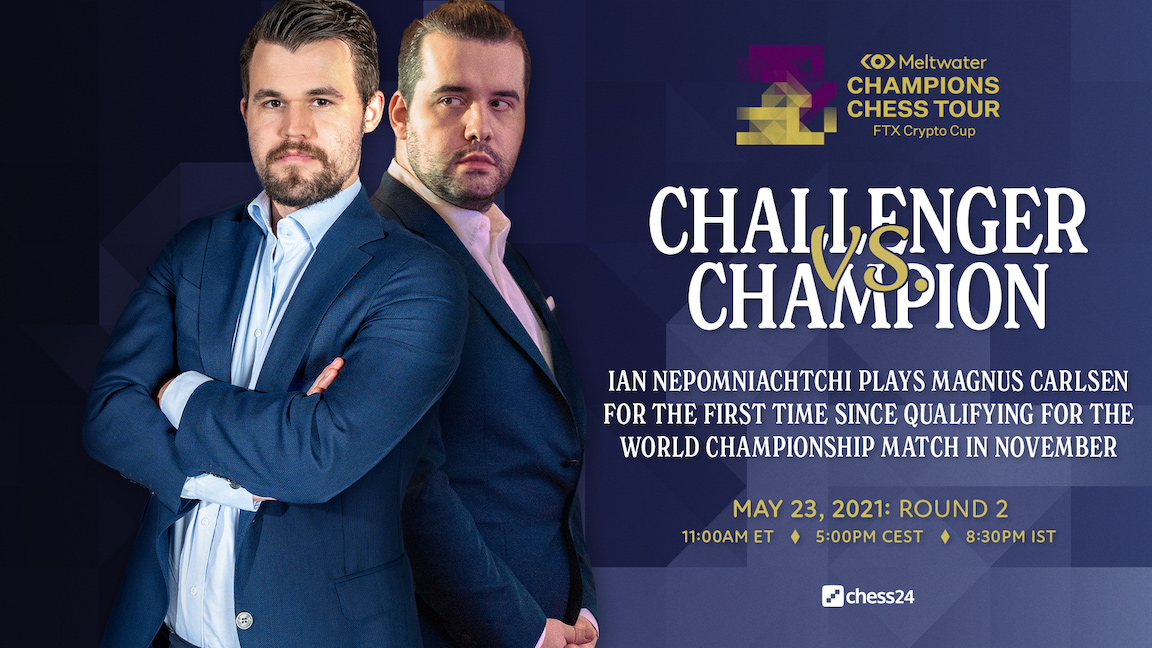 Nepomniachtchi, on the other hand, sent shock waves around the chess world when it was revealed that Meltwater Champions Chess Tour commentator Peter Leko had been working for him during the Candidates. Whether the former challenger will remain in the team remains unclear.

Carlsen also told VG that he thinks the extension from 12 to 14-game matches will lead to more risk-taking and sharp games, and that it's 'wonderful to avoid two rest days, because it's almost more nerve-wracking to walk around and take trips on the days off'.

He also ensured his fans:

I am 100 percent motivated! I have already thought a lot about the match.

His challenger has been quiet lately, with the exception of an appearance in his home town of Moscow, where he made the kick-off for Russian football giants Spartak Moscow.

Nepomniachtchi talked about winning the Candidates during our New in Chess Classic broadcast earlier in May, saying he was exhausted mentally. He said about finally being able to challenge Carlsen for the highest title in chess:

It's just some kind of goal every professional chess player has to set for himself. That's a good question: what do you play chess for? Amateurs play chess just for fun. Professionals play chess to become champions - I guess that's it. Since Magnus is the champion right now, it's about challenging him, but in another case it would be another guy, and it would be more or less the same story.

However, chess fans won't have to wait until November to see them playing. Carlsen and Nepomniachtchi are both playing the FTX Crypto Cup, when they meet in the second round of the first day, on Sunday March 23rd.

And tomorrow, chess24's Premium members will get the chance to challenge the Russian in Banter Blitz.

That's just the start of an amazing warm-up to the FTX Crypto Cup: