After seven rounds the race for board medals is beginning to take shape. A few of the top names in the chase are no surprise, either due to reputation or their noted achievements in the Olympiad so far, but there are also many who have been compiling their points out of the spotlight. The medals will be awarded on rating performance.

England's Michael Adams has the best performance on board one so far, with 3.5/5 against an imposing average opposition of 2711 and a performance of 2860. In silver position is the leader of the surprising Czechs - David Navara has 6/7 and is playing at 2848 level. Former world champion Veselin Topalov is a big part of Bulgaria's success so far, and is in bronze position with 3.5/5 and a 2837 performance. 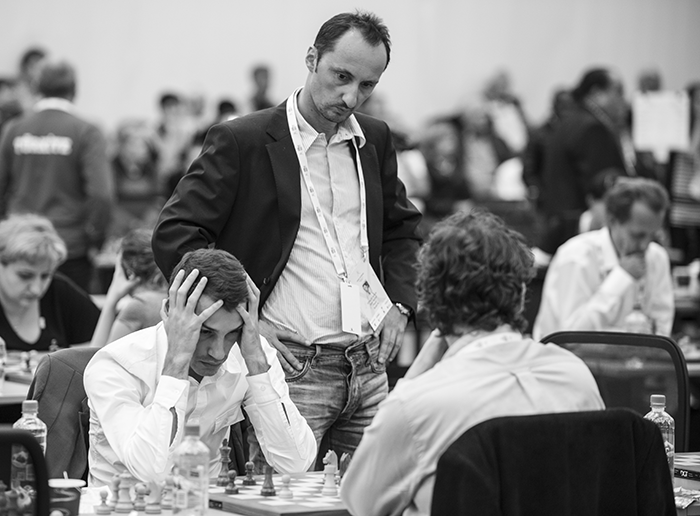 Veselin Topalov, here watching his teammate Ivan Cheparinov, lost to Vladimir Kramnik but won 3 out of 4 of his other games | photo: David Llada 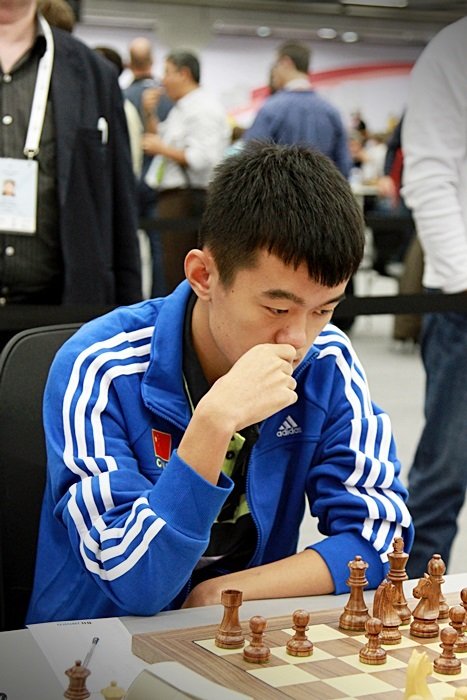 On board two there are again representatives from two front-running teams, and one surprise. Liren Ding leads the medal chase with 5/6 and a 2866 performance, ahead of Moldova's Dmitry Svetushkin, who has racked up 5.5/6 against lower rated opposition. Another of the Czech Republic's success stories is in third spot, Viktor Laznicka has 5/6 and a 2833 performance so far.

Board 3 leader Valentin Iotov has been a highly visible contributor to the Bulgarian cause, and he has a stellar 6.5/7 and an amazing 2948 performance after seven rounds. China's Yangyi Yu follows with 6/7 at the 2877 mark, and Alexander Onischuk has been steadily impressive for the USA lower down the table, with 5.5/6 and 2865.

On bottom board, Romain Edouard has rung up 4.5/5 points for the French, for a 2874 performance, closely pursued by Eltaj Safarli, who has the same score for current leaders Azerbaijan, and a 2850 performance. England's David Howell is in the last medal position, with 5/6 and 2751.

To be in the medal race for the reserves you need to be close to perfection. Sam Shankland has 6/6 for the USA, followed by Palestinian IM Christian Michel Yunis, who has 5/5. Ukrainian Alexander Moiseenko has the first imperfect score, with 5.5/6 and a 2810 performance.

The challenge for gold and silver on first board in the Women's event mirrors the team race. Russia's Kateryna Lagno is out in front with 5/6 and a rating performance of 2687, thanks to defeating China's Yifan Hou, who drops to the silver position with 4/5 and a 2671, which is just a sliver over her actual rating. IM Nastassia Ziaziulkina of Belarus is currently third, with 6/7 and a 2616 performance after seven rounds. 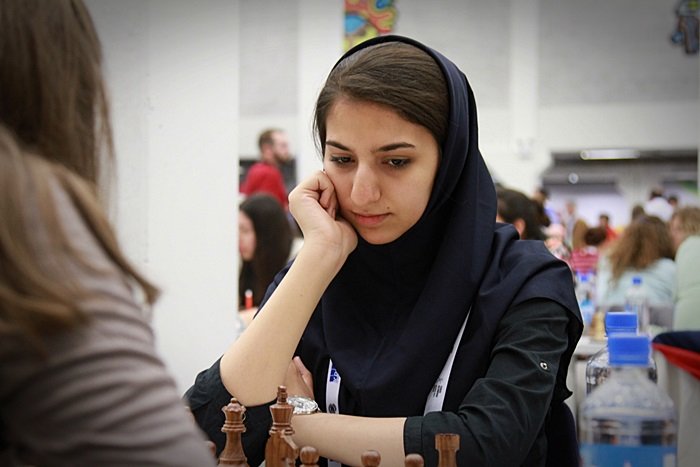 The board 2 race reflects one of the big surprises of the event, with Iranian WGM Sarasadat Khademalsharieh on 5.5/6 and a 2666 performance. Another strong Belarus performer, FM Lanita Stetsko, has 6.5/7 and a 2613 level. Russian GM Valentina Gunina's 4.5/6 is good for a 2599 performance and bronze position. 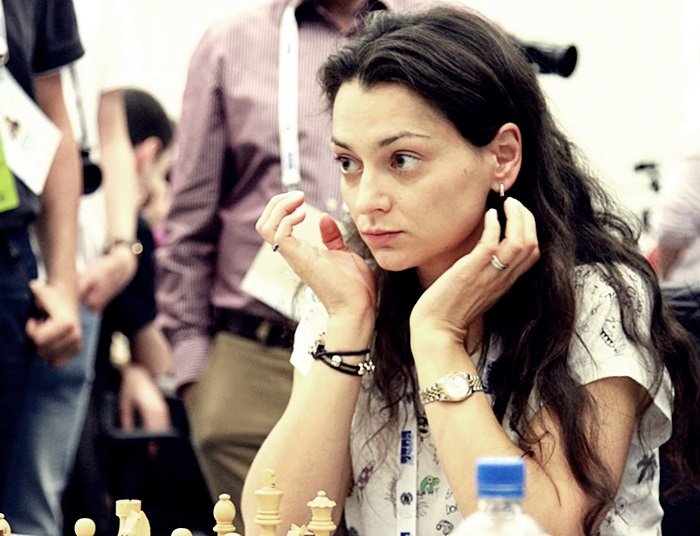 Alexandra Kosteniuk is in the lead on board 3 | photo: Georgios Souleidis, chess24

The favorites are dominant on board three - Russian GM Alexandra Kosteniuk is in front with 5/6 and 2632, and Chinese GM Xue Zhao is in third with 4/5 and a 2496 performance, but Sweden's WFM Ellinor Frisk has sneaked between them, also on the 2496 mark but with 6.5/7, for a surprising Scandinavian result.

The Board 5 reserves in the Women's section also demands the highest scores at this stage of the event. Another Romanian, WGM Elena-Luminita Cosma is in front with a perfect 5/5, followed by former Romanian Sabina-Francesca Foisor, now USA, also 5/5, and in bronze position, Indian WGM Rout Padmini has 5.5/6 and a 2563 rating performance.

More statistics can be found at Chess-Results.com.