Today's action featured the first real collisions between top teams and stars, but the first hurdle is to see if everyone can survive the gong for the opening of play. Today there were only a few, but there were still casualties to FIDE's controversial 'zero tolerance' rule.

Yesterday Chief Arbiter Takis Nikopoulos confessed that he had another dreary round of enforcing forfeits due to players not being at their board when the countdown to the start of play ends. 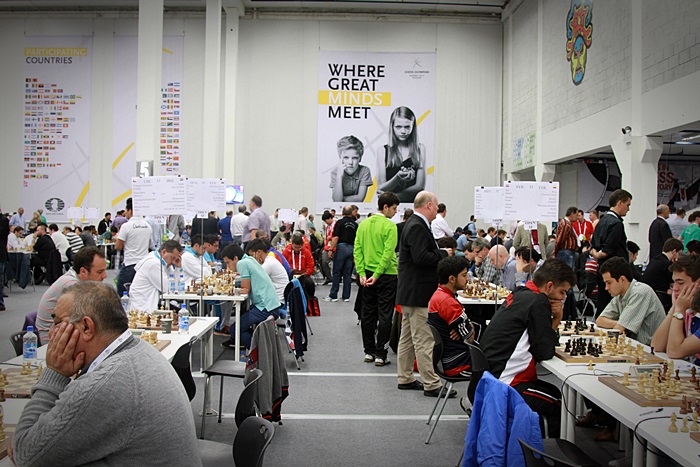 I explained this to the Palestinian women, I really hate this rule, but I have to apply it.

Today, there were only two individuals - FM Ibrahim Charani 2239 (Libya) was absent against Nicolas Lopez Azambuja (Uruguay) and IM A. H. Al-Ali Noah (Iraq) defaulted against GM Mauricio Flores Rios (Chile). Again, one of the arbiters regretted the rule but said that today's examples included a case of a player wandering away from his board while the countdown neared zero - and zero is what he got.

The team caption of Jersey, GM Igors Rausis, had a tolerance scare when one of his squad rushed off with stomach problems just before play, but returned with ten seconds to spare. This seems like a terribly unnecessary burden for the often nervous work of chess, and hopefully we will soon see the first forfeit free round of play.

When scanning the hundreds of games to check for victims of this rule, it isn't often that a real game ends so quickly that it nearly gets included. A massive upset in the Women's section saw favorite Nava Starr (Canada) blunder horribly against Angola's Luzia Pires - perhaps she was deceived by the combination of her opponent's low rating and tender age - Luzia is listed as being born in 2003. 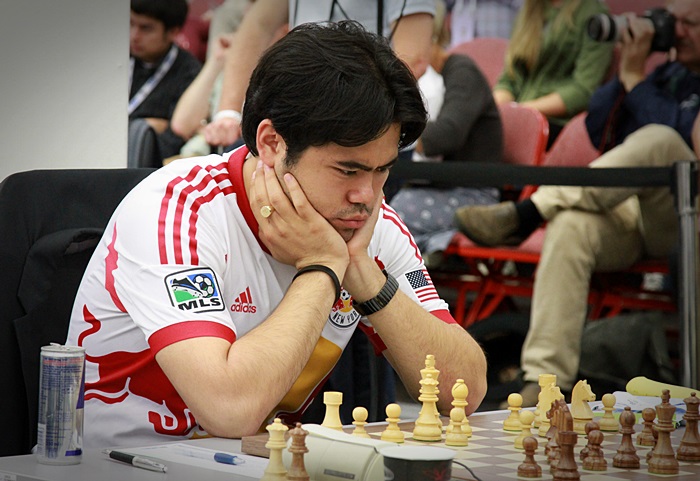 Proof that Hikaru Nakamura has finally made it to Tromsø | photo: Georgios Souleidis, chess24

At the halfway stage of the action, there were no signs of giant killing, even by other giants. The highly anticipated Nakamura-Giri top board clash between the USA and the Netherlands was drawn, while the other titans battled on. 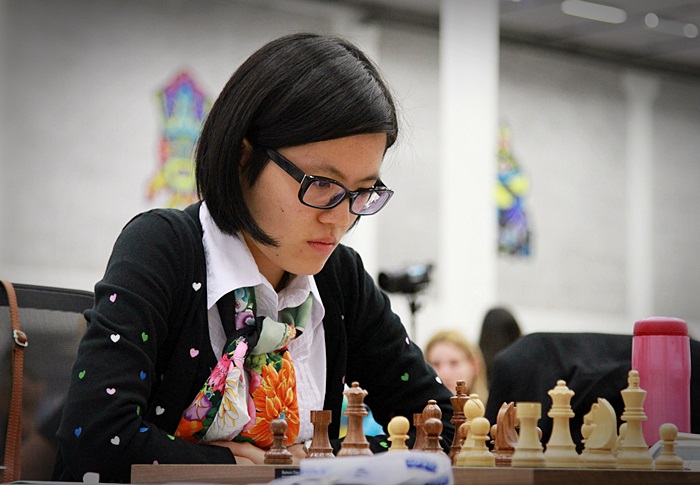 In the Women's section top-ranked China unleashed their dragon, world champion Yifan Hou, against US GM Irina Krush, and the favorites appeared to have the initiative in the match overall. In the other top match Russia had their hands more than full against 9th seed France.

Official update: The Maldives have had visa problems but the team arrived in Tromsø and was paired today, leading to a bye in the open tournament.