It's already been a day of upsets and big results, but in our interim report Norwegian Grandmaster Jonathan Tisdall gathers together a bumper selection of other stories from the event. He examines who's starring for their team at the half-way stage, who are the youngest players in the event and what's going on in the continuing zero tolerance saga. We also have an official statement on the players' toilets and take a brief look at the lawsuit the Russian Chess Federation has apparently filed against the Olympiad organizers.

Only one player in each section has played all five games and notched up a perfect score. They are: 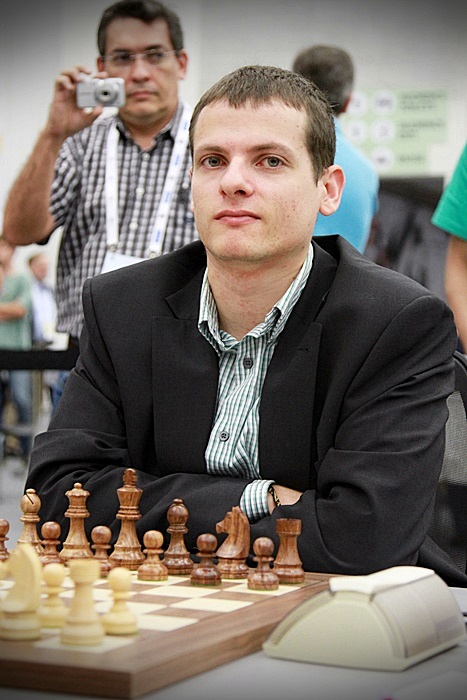 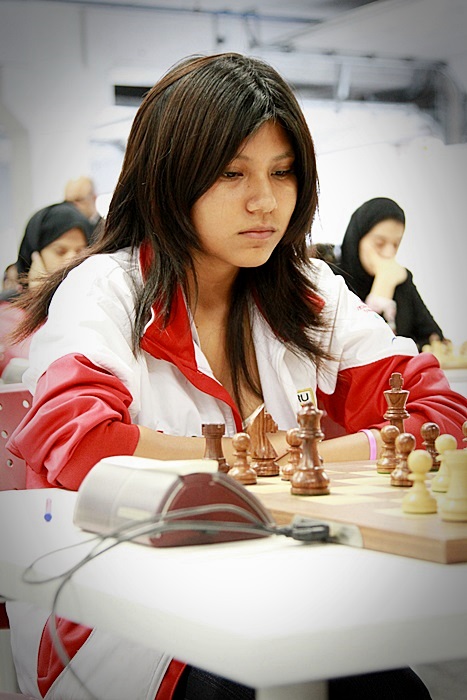 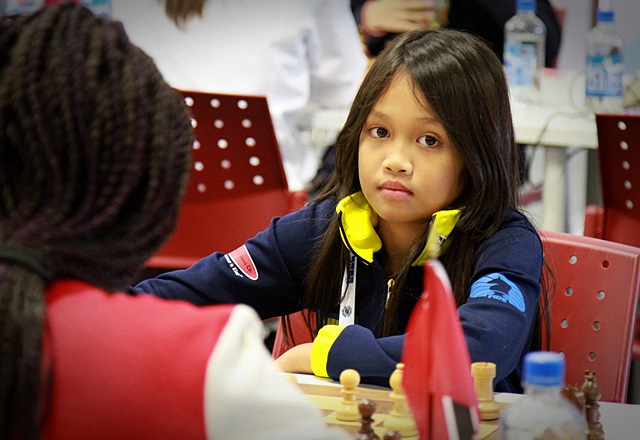 Another perennially popular statistical story is finding the youngest competitors at the event. Now that there is clarity about which teams are definitely not going to arrive, we can claim to have found these two. In the Women's event, Palau's Destiny Sisior, born on May 10, 2004 is the youngest competitor; in the Open, Dlamini Sbonelo, born May 20, 2003 and playing for Swaziland, has nothing but older opposition.

Despite a return of a surprising number of rather mismatched (on paper) pairings, there are still some very heavyweight individual duels - like Italy-Norway 1. There are many teams that have a particularly fearsome leader. The top board clash between Azerbaijan and Georgia has one of the most anticipated individual pairings, with serial aggressors Shakhriyar Mamedyarov (AZE) and Baadur Jobava (GEO) colliding on first board. The 8th seeded Azeris looked to have the upper hand mid-session, with Jobava under heavy pressure, and his compatriot, GM Konstantine Shanava, in trouble against GM Eltaj Safarli.

Uzbekistan-Russia was looking like a slugfest, with White gaining the advantage on all four boards, and Rustam Kasimdzhanov knocking out former World Champion Vladimir Kramnik in spectacular fashion on board one to put the Uzbeks in front. Alexander Grischuk struck back with a flashy win of his own against GM Anton Filippov to even things up for Russia. Likely the match of the day for fans of attacking chess.

Somewhat overlooked local hero so far is 21-year-old Norwegian champion Frode Urkedal, who is leading the so-far successfully over-performing Norway 2. Undefeated on first board and with Vassily Ivanchuk's scalp already pocketed, Frode is off to a good start for his final GM norm, with a 2696 performance after five rounds ... but today he blundered a piece against Czech star David Navara on move 17.

Even if Norway 1 has not yet given the home crowd their anticipated thrills, World Champion Magnus Carlsen continues to be a news magnet. Having faced the world number two Levon Aronian yesterday, the Norwegian moves on to Fabiano Caruana, world number three, and Magnus has to defend the black pieces for the second day in a row. The fascination with Norway's top board has required a bit of extra security to fend off the press of autograph hunters, and there is increasing clamor for more time with the champ from the gathered media.

To make up for the early disappointment for Norway 2, GM Kjetil Lie delivered an early and brutal win with White against GM Sabino Brunello on board four for Norway's first team.

Complaints about the condition of the toilet solution for the Olympiad have gained increasing media attention, with Norway’s TV 2 broadcasting criticism from a small assortment of players. The organizers have been aware that this situation has not been ideal, and the CEO of the Olympiad, Børge Robertsen, made a formal statement:

The toilets we have are the best portable toilets found in northern Norway. With an event of this size it is difficult to please everyone, but we are working constantly to optimize the facilities for competitors. So we have increased sanitation staff, changed cleaning liquid and designated dedicated men's and women's stalls. We hope that this will help satisfy those who have been disappointed earlier.

Another news story to make the non-chess headlines was the revelation that the Russian Chess Federation is suing the Tromsø Olympiad for USD 200,000 for legal fees related to the squabble about team eligibility that arose before the event. Immediate local reaction was that this seemed rather a high figure:


China went into an early lead thanks to the apparently unstoppable Hifan You on first board, who downed GM Thanh Trang Hoang, but their chess machinery wasn't smooth on all boards - Hungary was putting up serious resistance and looked to have chances to even up the match. Serbia-Russia was being toughly contested, and too close to call at all - with no early results.

Ninth seed France jumped out to a 2-0 lead against Slovakia, while Iran were held to a 2-2 draw by 32nd ranked Greece.

Family outing: A mother and daughter 'team' were in action today; WGM Sabina-Francesca Foisor put the USA in front with a win on board four against Estonian WIM Tatyana Fomina, while in the neighboring match, Romanian IM Cristina-Adela Foisor had a winning advantage early against Switzerland's WGM Barbara Hund. Sabina-Francesca has represented the USA after moving there to study at University of Maryland at Baltimore County.

Today's zero tolerance report is all about Burundi - today their entire women's team lost on the zero tolerance rule, as did one member of their open team. What makes this even more newsworthy is a quick check of the Burundi women's tournament results - this was in fact their third match wholly decided by forfeit! In round one they played no-show Turkmenistan, the next day Burundi didn't turn up on time against Argentina, and today they failed to face Angola. Chief Arbiter Takis Nikolopoulos said:

They may have gone on an excursion and not returned.

Hopefully they won't be missing for long...