The first bit of news today was nearly as fast as zero tolerance forfeits - in the Women's match between Zimbabwe and Togo, White delivered mate on her third move, executing what is usually a trivia question, on the board.

Suspicion set in when the victim in the game appeared to be the rated player, and a quick investigation revealed that the teams had been allowed to sit in the wrong places, and that the colors of the players in the game feed needed to be reversed, so that it was in fact the unrated player from Togo who lost the game. 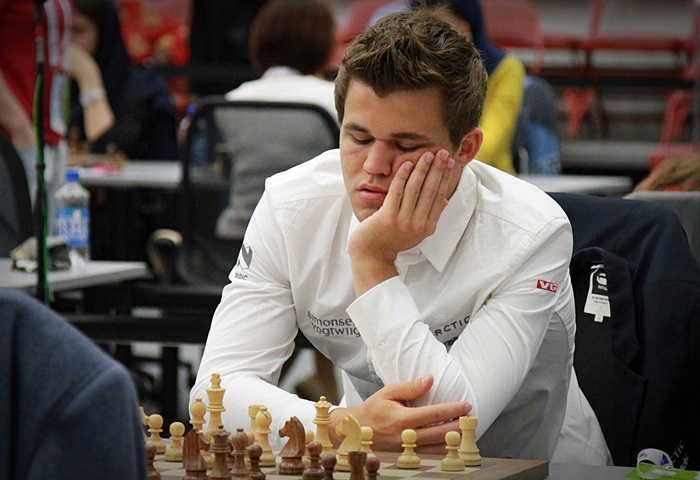 Magnus Carlsen was back to his imperious best in round 4 | photo: Georgios Souleidis, chess24

In more conventional action, several of the top players and matches attracted attention with aggressive play in heavyweight bouts. World Champion Magnus Carlsen launched a vicious attack against Polish number one Radoslaw Wojtaszek, and it was crowned with success:

Former champ Vladimir Kramnik was pressing energetically against China's first board, Yue Wang, but the Russian may have been tempted by an unnecessarily violent continuation. Board 4 was drawn in mid-session.


The France-Azerbaijan showdown on table one looked tense, where French number one Maxime Vachier-Lagrave appeared to be fighting an uphill battle against Shakhriyar Mamedyarov. 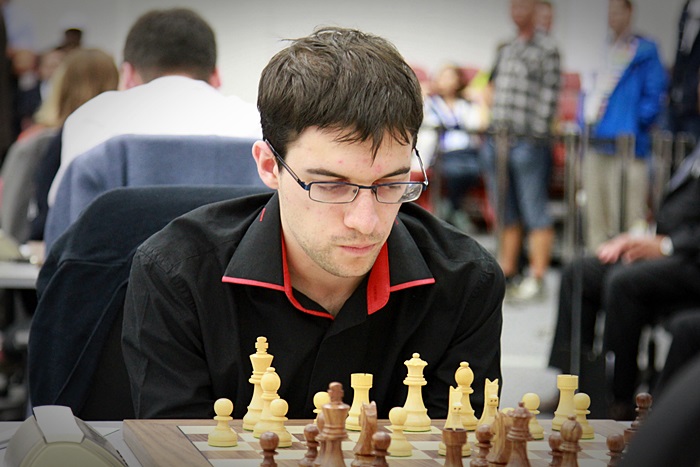 A tough day for the World no. 9 Maxime Vachier-Lagrave | photo: Georgios Souleidis, chess24

Norway 1 fans were finally excited as the contours of a big win against a big team began to take shape, as Simen Agdestein, sitting next to Magnus, had a very promising position against GM colleague Grzegorz Gajewski.

In the women's section favorites China drew on second board surprisingly quickly against Azerbaijan, but cannon Yifan Hou appeared to be steering towards another victory against WGM Zeinab Mamedjarova. The Russian women seemed to be taking slow and steady control of their match against Germany, but there were no early decisions. The surprise occupants of the top table, Iran, rated 21st, were locked in a tense battle with 18th seed Slovakia. 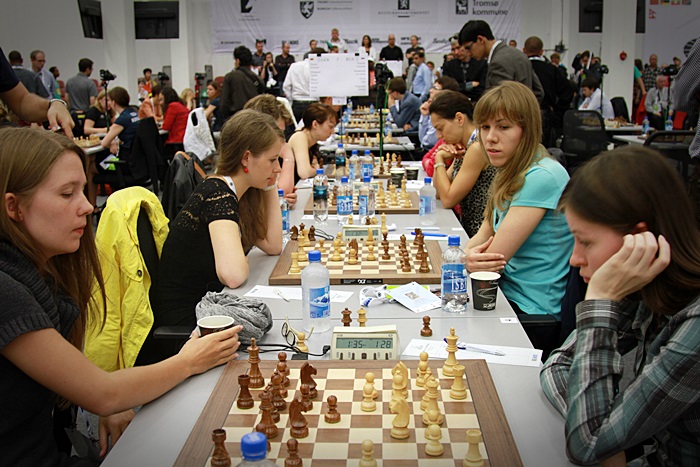 Germany-Russia is perhaps the women's match of the round  | photo: Georgios Souleidis, chess24

Zero tolerance watch: The first forfeit-free day of the 41st Olympiad was nearly achieved, but there was one casualty - Libyan IM Ibrahim Chahrani failed to appear at the board in time to meet IM Yuri Meshkov from the International Braille team.