It all comes down to this...

Just ahead of the 12-hour deadline before play, the individual pairings were released and began making their way around the world via social media networks. Now precise preparations could be finalized, and fans could scrutinize the choice duels as the Tromsø 2014 Olympiad ends with a bang - not just the fight for medals, but some top notch clashes between the world's best players. 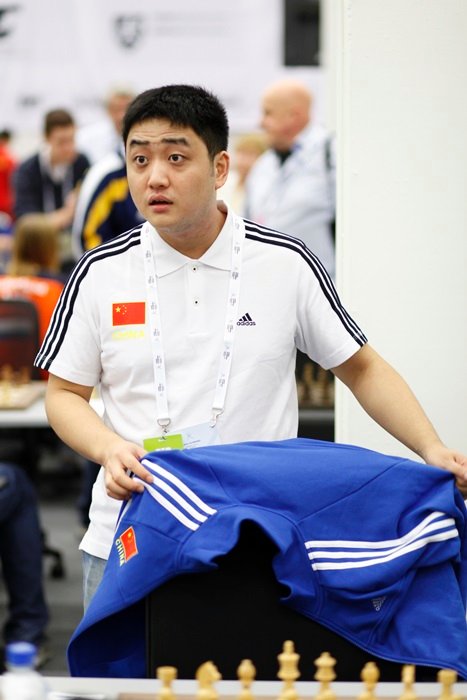 Wang Yue - if the Chinese men's team are surprised to find themselves on the verge of winning a historic first Olympiad they're not showing it... | photo: Anastasiya Karlovich

In the Open event China need to beat Poland to clinch clear first. Their invulnerability - so far - would make them smart money to achieve 2-2 if needed, but this could mean China would need to bank on their tiebreak buffer holding out if Hungary were to catch them by beating Ukraine. Poland need a win to keep their slim chances of a medal alive, and hopefully will go for maximum glory. They have a tough team, and their teenage star Jan-Krzysztof Duda is having one of the performances of the event, with 8.5/10 on board three.

Hungary, alone in second, might be feeling unlucky about having drawn second seeds Ukraine, but the latter have been shaky and unconvincing from the start. Ukraine top board Vassily Ivanchuk will sit out the final match, but this isn't necessarily a break for the Hungarians - Ivanchuk has been a ticking bomb that has already gone off several times in the event - so Ponomariov will face Peter Leko on first board.

Hungary choose to use rising star Richard Rapport, who has won his last three games, on fourth board for the climax of the event, meaning that Judit Polgar will be watching from the sidelines. A story about her retirement from competitive chess was headline news during the rest day, and could mean that we have seen the last serious play from this icon of the game.


She hadn't given any clues when she appeared on the live broadcast earlier in the event and didn't rule out the possibility of a match against Women's World Champion Hou Yifan:

The potential destination of the bronze medal in particular is too messy to call. Fans should just sit back and enjoy a feast of prime team and individual match-ups.


Entering the final round, the third place tie in tiebreak order: France, Ukraine, Russia, USA, Uzbekistan, India, Azerbaijan, Poland - but this factor can change radically after all the final results are in.

Russia-France and Azerbaijan-USA are the kind of high-impact collisions we could have expected earlier. There have been rumors that this Olympiad could also be the last for Vladimir Kramnik and Gata Kamsky, who have both warned that their active careers are coming to a close. If so, Tromsø 2014 will become a truly pivotal event. 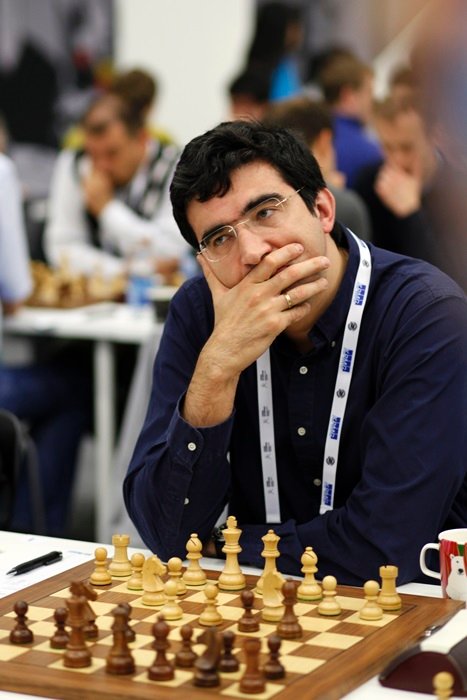 Will Vladimir Kramnik's top board encounter with Maxime Vachier-Lagrave be his last game at an Olympiad? | photo: Anastasiya Karlovich

India and Uzbekistan also have a shot at a medal, and a chance to make an already memorably strong Olympiad performance just that much better.


Magnus Carlsen came into national media focus with his decision to rest the last round and depart early, possibly due to non-chess reporters confusing this with 'dropping out of the event'. Norway 1 have no choice but to end a disappointing Olympiad with a rout of 103-ranked Malaysia. Anything less might even taint the surging public interest in the game here.

Can anything stop another Russian gold? Given their immense experience in tense situations, a match-point lead, and their closest rivals playing each other, the answer is probably a simple 'No'.

Bulgaria get a chance to try. They are seriously outrated on the bottom three boards, but led by experienced GM Antoaneta Stefanova, who will face the equally tireless Kateryna Lagno, who will also be playing her 10th game here.

The loser of the Ukraine-China match could leave Tromsø empty-handed. Not only does the cruel confusion of tiebreaks await, Germany could vault into sole third if they can manage the feat of upsetting 4th seeds Georgia in the last round. Georgia will be massively motivated, however, with a healthy enough tiebreak score to have a realistic chance of sneaking into bronze if they win and the Ukraine-China match is decisive. 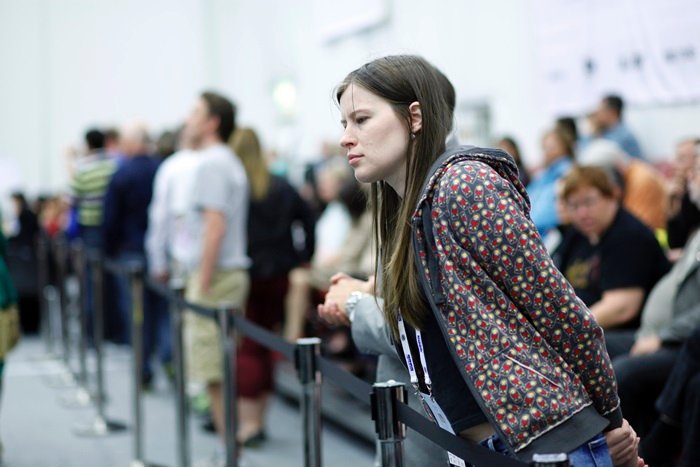 Olga Girya has been rested after suffering her second loss of the event against Ukraine, so Natalia Pogonina will no longer have to struggle to see the action | photo: Anastasiya Karlovich

Get out your scorecards and follow the action! As an added bonus you can also... play bingo while watching the live commentary with Jan Gustafsson, Lawrence Trent and Einar Gausel, thanks to an inspired contribution from Sebastian Hagberg: