Gelfand: “Media attention is a tool to get people to chess” 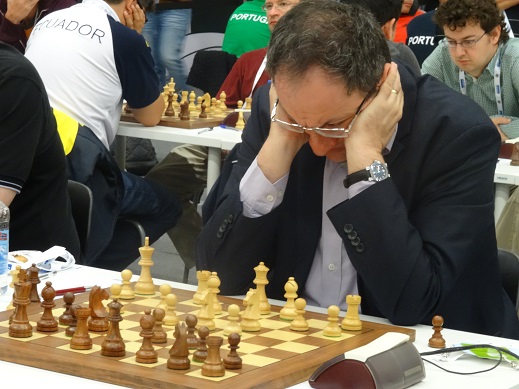 Boris Gelfand in a familiar pose in Round 2 | photo: David Martinez, chess24

Boris Gelfand is one of the true legends of the game. In Round 2 yesterday the 46-year-old made his Tromsø 2014 Olympiad debut. It was a success, and his win against GM Farrukh Amonatov (2590) helped Israel to victory against Tajikistan 3.5-0.5. Afterwards he gave an interview to the official website.

We got a chance to ask the friendly world title challenger a few questions shortly after his game:

Tarjei J Svensen: Boris, what has been your impression of the event so far?

Boris Gelfand: It's my eleventh Olympiad! It's always good to be back. It's not just a big tournament. I’m sure that on the chess board whatever happens I’ll play the strongest opposition. But it’s also a unique opportunity to meet friends from all over the world who you may meet only once in two years.

You were here in August for the World Cup as well. How do you like Tromsø?

Tromsø is very nice! Last year I liked walking in the forest – it was incredible! From the Scandic Hotel to the forest. The forests, mountains and lakes are really unbelievable natural beauty. And the view from my room – breathtaking! OK, that was last year, and now the layout of my room is a bit strange.

What do you do in between the games, do you get to see the city?

Yes, but I feel that the central part of the city I more or less know already from last year. I rest and have a walk, chat with my friends mostly.

What are the expectations for the Israeli team in this event? 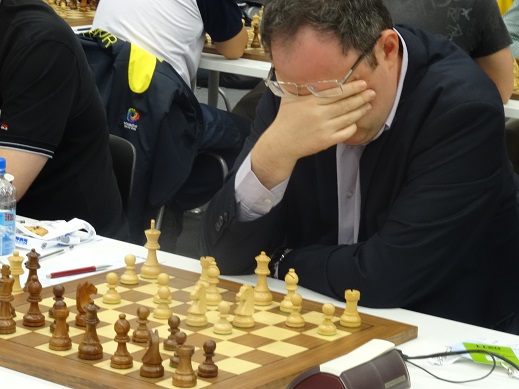 I don't know! We are rated ninth, we were very successful in the Olympiads in Dresden and Khanty-Mansiysk and we have a good team. We’ll do our best.

As you probably know, the media attention for chess in Norway now is enormous - what do you think about that?

It's good, very good! But I think it's important to focus on chess, the game itself and not on the glamour and things, which I think in this sense can never compete with our activities. But in the public here I know more and more people are buying chess sets and that people are following the games everywhere. This is really an achievement.

I have my ideas. It's not important if chess is mentioned if it doesn't have consequences. The consequences are important. Media attention in my opinion is a tool – to get people to chess, to show the beauty of our game, to show the advantages for people, and especially children, in life. This is the key. Attention for the sake of attention has no meaning for me.