The Grünfeld according to Svidler 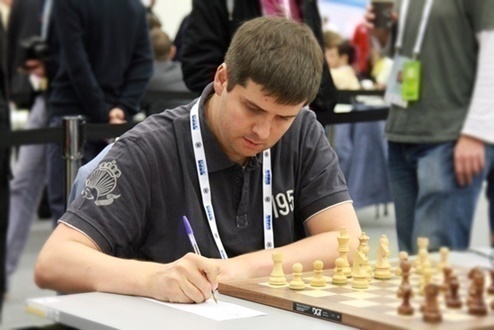 Hi, my name is Peter Svidler and I've recorded a series of videos for chess24 dedicated to my favourite opening, the Grünfeld Defence.

I picked it up as a young kid who was obviously hugely impressed by Kasparov's treatment of the opening in those years. The children who were just beginning to play chess back then were greatly influenced by the clash between Karpov and Kasparov. Most of us picked a side, and I picked Kasparov - he was perhaps my earliest idol and I based my repertoire mainly on his openings. A lot of time has passed since then, obviously, and I think I've contributed quite a bit to the opening myself.

In this series of videos I'll try to pass on my years of experience and some of my knowledge to you, the viewers. I'll try to explain why I think the Grünfeld is a very good opening for those of you who are striving to get double-edged positions with a lot of counterchances. These days in almost any opening White can get a risk-free position - and the same applies to the Grünfeld, of course - but in many cases you'll have the chance to assume the initiative and start playing for a win.

The Grünfeld is a sharp, double-edged and very interesting opening in which play often becomes very non-standard. These videos will have a very wide range, obviously, as I'll try to cover pretty much the entire opening.

21... ♗xg4 Over the course of this eBook you'll see positions like this one, which occurs in a video on the 3.f3 variation...

18... ♕a3 ...or this one - which is maybe even crazier than the previous example. This appears in a certain line of the 7.Be3 variation. It's a very interesting looking position because it's not that easy to figure out whose move it is. Seemingly the side to start first just wins on the spot, but that isn't in fact the case.

14... e6 Positions like this one, which can arise from 7.Bc4, are also very typical - a position where Black first gives up control of the centre and then starts fighting for it tooth and nail. Play becomes very, very sharp.

7... ♗g7 Obviously over the course of the eBook there will be novelties - some of which are more important than others - and some of them I'm very proud of, like the one I'll show you here. This is a position after move 7 in the Bg5 line where I found an idea which hasn't been played before and which I think is extremely interesting.

1. d4 ♘f6 2. c4 g6 3. g3 c6 4. ♗g2 d5 5. cxd5 cxd5 6. ♘f3 ♗g7 Of course no opening, including the Grünfeld, can be covered without every now and then encountering a position like this one where you can't really hope for much with Black apart from equalising with precise play, but I will try and steer away from these positions and whenever possible I'll try to show you ways of reaching complex and double-edged positions with Black. I hope you enjoy this eBook!

This eBook is part of the video series The Grünfeld according to Svidler, available for €39.99. If you want to see and hear Peter provide detailed instruction, check it out. A chess24 Premium Membership gives you access to all the video series and eBooks in our growing library.

The Grünfeld according to Svidler GM Peter Svidler

In this absolutely unique eBook one of the world's best players provides you with a complete Grünfeld repertoire. The knowledge you acquire will equip you for any challenge - from a club event up to a World Championship match!

The goal of this eBook is to give you a top-notch and bullet-proof repertoire against 1.d4.