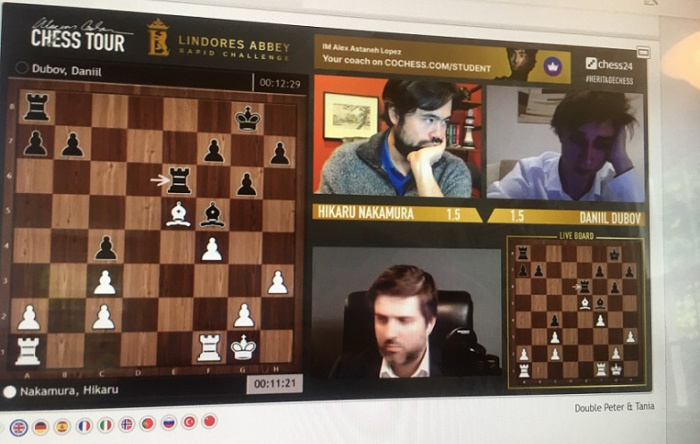 After the 3rd match ended in 2-2 ( each player winning once with Black), time for Armageddon for the Lindores Abbey Rapid tournament decider.

Hikaru Nakamura chose Black and 4 minutes versus Dubov White and 5 minutes, White having to win, as a draw would make Black the winner.

Instead, Daniil Dubov chose 12.Bd5! after thinking for 30 seconds which brings us here

But Nakamura doesn't sense the danger and replied 12..Bd5 instantly. He is definitely trying to play fast the opening. Logically the game goes on as this from diagram

Can you spot the winning move ? with simple moves, Dubov achieved a winning position in 16 moves.

The eval shows + 6 pawns and this is truly lost. Nakamura tried to extend the fight but ended up resigning after Dubov converted.